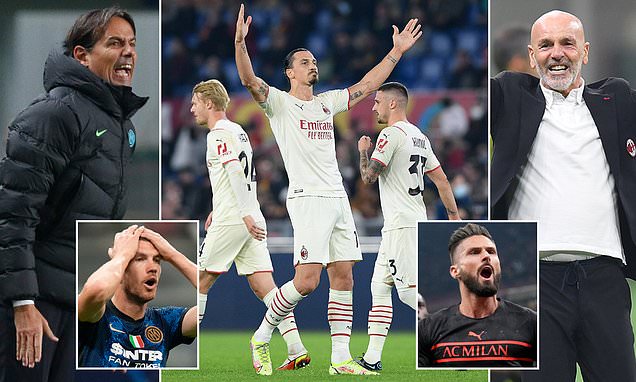 Seeing Inter bring a first Serie A title to the city of Milan since 2011 will have stung those of a red and black persuasion.

Thousands of Inter fans took over the city to enjoy a giant title party in May while Milan fans locked themselves at home and prayed it was nothing more than a bad dream.

The rivalry is fierce, the jibes throughout the city’s coffee shops cut deep and to have Inter, rather than Milan, break the Juventus monopoly on Italian football represented something of a crisis for one half of the city.

But six months on from Antonio Conte guiding Inter to the title the momentum looks to be swinging back to AC Milan and victory in Sunday’s derby with Inter would be hugely significant.

Conte is gone, Romelu Lukaku followed him our of the door and Inter look a different beast this time round.

The gap between the sides would rocket to 10 points and while Italian football has seen miracles before – Juventus’ stunning turnaround in 2016 comes to mind – it is a gap that would knock the final shred of belief out of many supporters, even in early November. 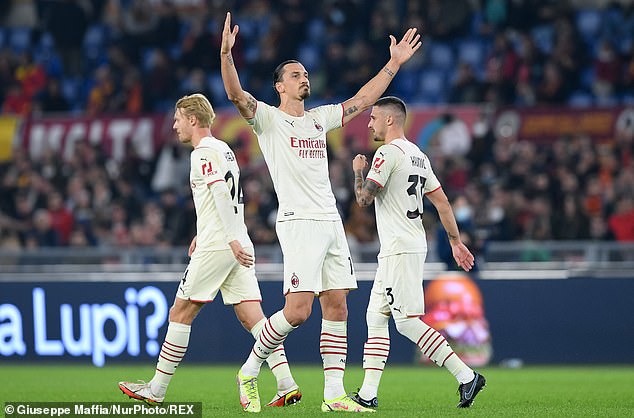 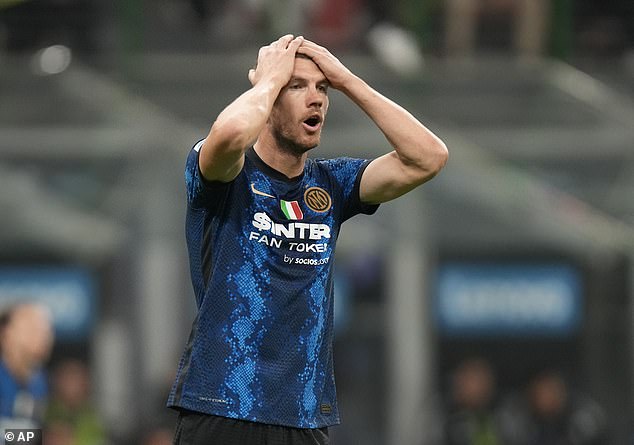 Gazzetta dello Sport’s front cover on Friday was dominated by the biggest game of the weekend at the San Siro.

‘Inter confident and Simone (Inzaghi) knows how to get the best under pressure,’ read the Inter portion of the headline. It seems optimistic but Inter fans need something to cling to.

Victory over Sherif Tiraspol has renewed some belief in Inter’s ranks at just the right time for what Tuttosport labelled the ‘Golden Derby’.

Stefano Pioli’s Milan have been building for years now and their rampant start should come as little surprise.

The Rossoneri have racked up 31 points out of a possible 33 – their only blip a 1-1 draw away to Juventus.

Goals are not in short supply either having netted 13 in five games during the month of October. Consider that a first warning, Inter.

‘It is an important match because sending Inter 10 points back would not be bad, even if there is still a lot to play,’ Milan forward Olivier Giroud told Gazzetta dello Sport this week.

‘Milan have the weapons to win it. Of course, Inter is very strong, but if we play as we know, we can win. We are Milan and we have seven points more, it must mean something. We must have a lot of confidence in ourselves.

‘Respecting the opponent does not mean being in awe of them. We have destiny in our hands. If we do what we know how to do, we can win.’ 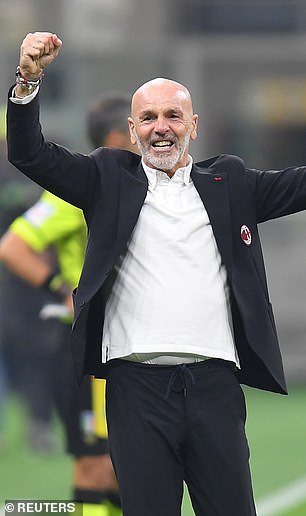 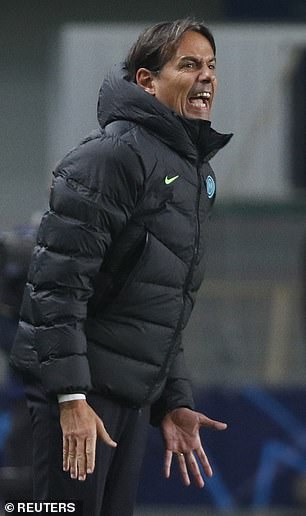 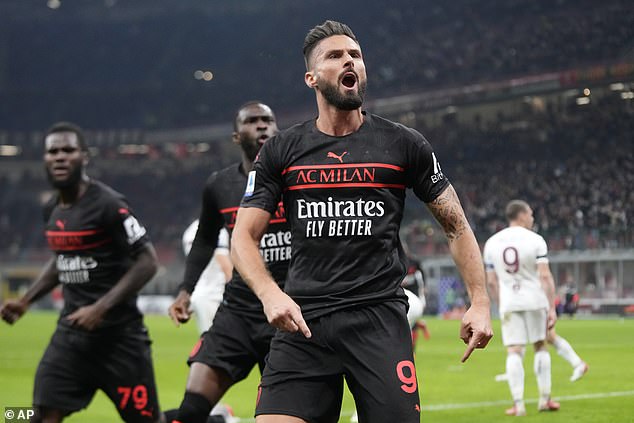 Giroud is finding himself as a bench option behind 40-year-old Zlatan Ibrahimovic and that trend is unlikely to change ahead of the first Derby della Madonnina of the season.

But as much as attention will be drawn to Ibrahimovic, credit too needs to go to Pioli for his defensive unit, in particular to Fikayo Tomori.

Tomori has proven to be a sensation since swapping Chelsea for Milan and with the guidance of club legend Paolo Maldini he has successfully displaced club captain and once Chelsea target Alessio Romagnoli.

Romagnoli was seen as the bedrock of Milan’s defence and the future for Italy and yet Tomori has created something of a triangle between him, Simon Kjaer and Romagnoli.

Tomori can feel hard done by in missing out on Gareth Southgate’s England squad but the best thing he can do is continue to channel any lingering frustration into positives for Milan and that means dominating in the derby.

It emerged this week, via WhoScored, that Tomori has not committed a single error leading to an opposition goal in his 45 top-flight league games at both Chelsea and Milan. 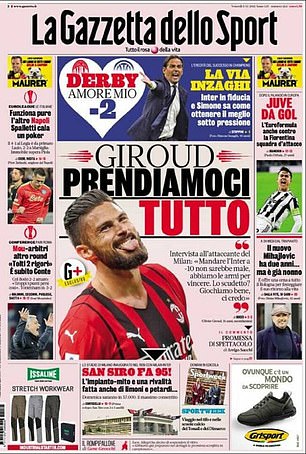 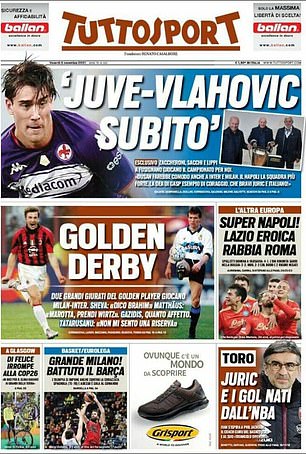 Edin Dzeko will represent a tricky assignment but with Milan boasting the second-best defence in Serie A behind Napoli, the Englishman is unlikely to find himself too concerned heading into the showpiece derby.

Theo Hernandez will play no part in Milan’s defence following his red card in the win at Roma and it is remarkable that both sets of fans are frustrated he is missing.

On the Milan side, the player they have nicknamed ‘Hype Train’ – supporters aren’t even sure why – is very fondly thought of and represents a major attacking threat in wide areas.

On the Inter side, Hernandez is viewed as a liability defensively and the space he typically leaves in behind would have afforded them opportunities to counter and exploit.

What Inter fans can take heart from is that this is a fixture they have owned in recent years while Milan got their house in order. 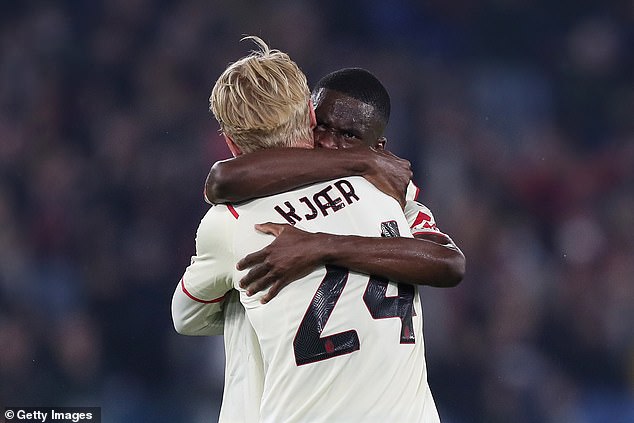 Only once in the last eight Milan derbies have the red and black side come out on top and as is often the case in derby games, form means little on the day.

Hakan Calhanoglu, who has fallen into obscurity since swapping Milan for Inter in the summer, could well announce himself in an Inter jersey while Sandro Tonali, who is now thriving at Milan following a tough first season after joining from Brescia, could also steal the limelight.

It is a game that promises fireworks – last season saw Ibrahimovic and Lukaku get up close and personal, an image that later became immortalised outside the ground – and that may suit Inter in trying to unsettle their cool, calm and collected rivals.

Pioli, named Serie A coach of the month for October, stumbled tactically in his most recent derby with Inter and that needs to be rectified.

Milan flew high for large spells of last season but ultimately proved to be the Great Pretenders. They can ill-afford a repeat with Juventus and Inter stuttering thus far.

This time round they mean business and with Inter taking on Milan and Napoli in their next two they have 180 minutes to prove they are still up for the title fight and not ready to throw in the towel.

Lose on Sunday and it will be those in black and blue going into hiding across the city. 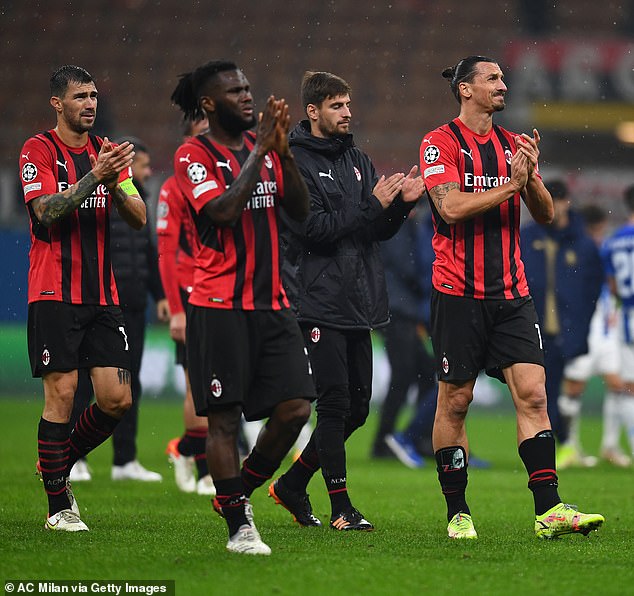 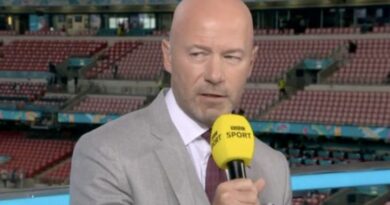