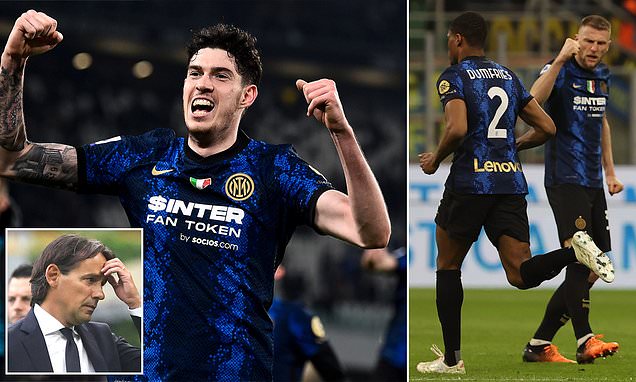 Inter Milan face a summer of change as they try to balance the books while building a title-winning team… Man United, Tottenham and Chelsea want to poach Bastoni, Dumfries and Skriniar but the Italian giants face replacing them on a shoestring budget

Inter Milan is proving to be something of a construction site this summer, with chief executive Beppe Marotta one of just a handful of key figures who will definitely be at the club next season.

But even Marotta, Inter’s experienced chief executive, finds himself in a difficult situation. He is trying to build a competitive team against backdrop of the club’s economic problems.

It is a puzzle that looks more and more like a Rubik’s Cube every day because Inter need to sell in order to buy. Their financial situation is stable but the wage budget is cripplingly high. 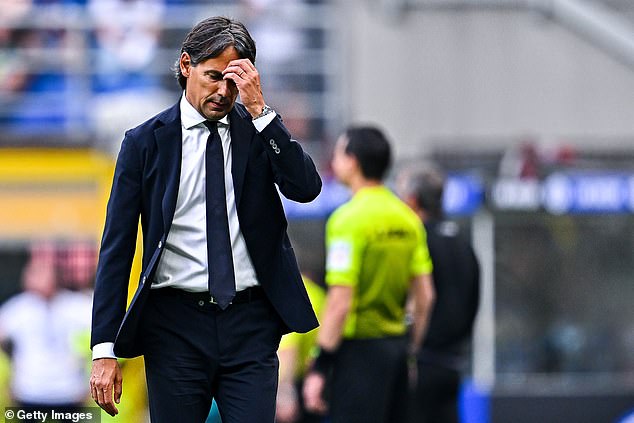 It means Inter have been unsuccessful in trying to move on some of their unwanted stars – who are on high wages – so far. That has limited the plan to strengthening the team to free transfers.

Veteran defender Andrea Ranocchia has left on a free while Inter have completed the signing of Andre Onana, the Ajax goalkeeper who was out of contract in Amsterdam.

Among the players Inter are trying to move on this summer are Alexis Sanchez and Arturo Vidal. Both have huge salaries and letting them both go would save the club around €12million (£10m). 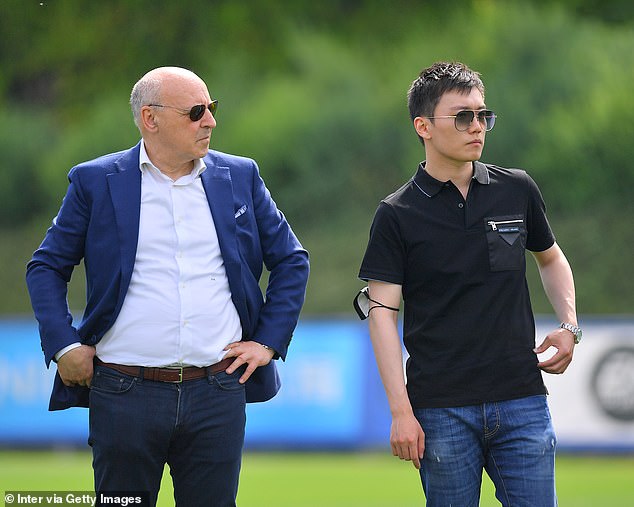 The biggest problem is that Marotta will subsequently have the task of finding their replacements, which will inevitably lead to the club spending big.

According to Tuttosport, Flamengo and Galatasaray would be interested in the two Chilean players, but at the moment Vidal and Sanchez are still under contract with Inter, who need to cut players not useful for manager Simone Inzaghi’s project.

Below, Sportsmail looks at the problems facing Inter and their rebuild this summer, including who might leave the San Siro.

Risk of dismantling the team

After Romelu Lukaku and Achraf Hakimi both left last summer, Inter’s biggest risk is to dismantle the team by selling Inzaghi’s key players in an attempt to build a title-winning side for next season.

After letting Ivan Perisic leave for Tottenham, Inter need an experienced player who can play as a left winger and full-back, while the departure of Denzel Dumfries would also create a problem on the right side of defence.

The temptation to sign Paulo Dybala on a free when he has left Juventus is exciting but there’s also a chance he could cause Inzaghi a tactical nightmare.

The Argentine cannot solve problems at full back and his preferred role – playing between the midfield and forwards as a No 10 – does not fit into Inter’s 3-5-2, a tactical system in which Dybala has not played for at least three years. 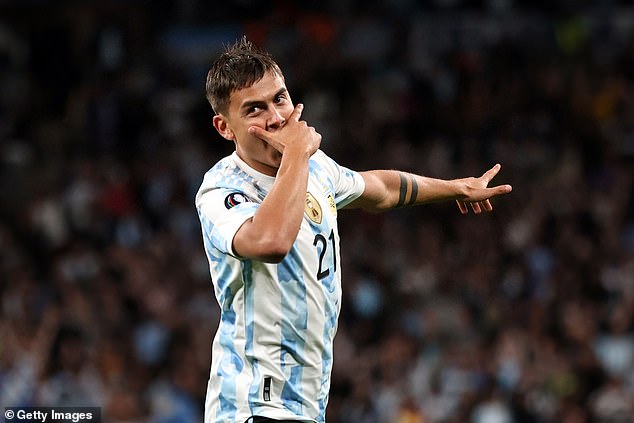 According to Gazzetta dello Sport, the solution to reaching an agreement for Lukaku’s return to Milan involves the sale of Milan Skriniar to Chelsea.

Thomas Tuchel wants to buy the Slovakian defender as a replacement for the outgoing Chelsea defenders this summer.

With Antonio Rudiger (Real Madrid) and Andreas Christensen (Barcelona) both off to LaLiga, the London club are on the hunt for a strong central defender and Skriniar is the right man physically and mentally.

Chelsea would like to lower their financial outlay on Skriniar by including a player – like Ruben Loftus-Cheek – in the negotiations but Inter only want money to reinvest.

Gleison Bremer, impressive for Torino in Serie A last season, would be a natural replacement for Skriniar but Inter want to get the most out of the sale of the former Sampdoria defender.

Although Skriniar is Inzaghi’s favourite defender, Marotta will have a duty to listen to all offers from abroad for him, trying to balance the economic needs with the tactical needs of the team. 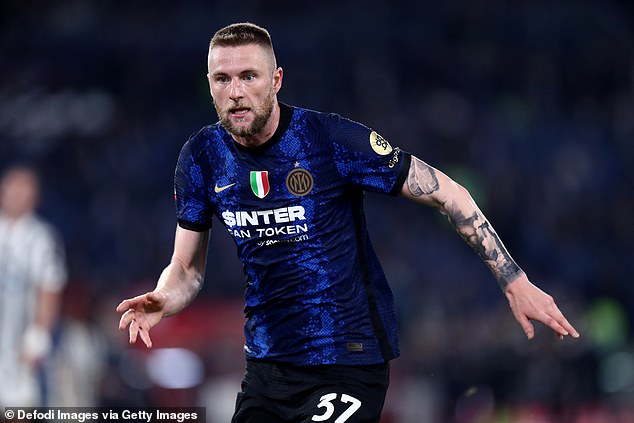 Inter must sell at least one top player and then try to strengthen the team in an attempt to reduce the gap to AC Milan, while keeping Juventus at a distance. Right now the player destined to leave the club appears to be Alessandro Bastoni.

The former Parma defender would ideally stay at Inter but is ready to accept the situation and return to work with Antonio Conte at Spurs. 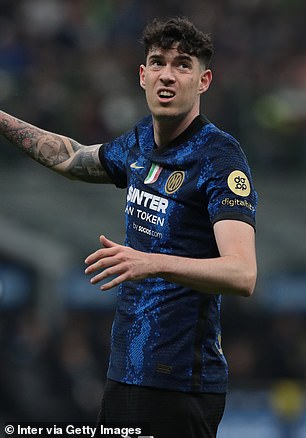 Valued at €60m (£51m), there has been plenty of interest so far but Tottenham are still ahead of all the other suitors due to the presence of Fabio Paratici and Conte at the helm of the club.

Spurs appear to be close to moving forward on the deal in the coming days. Bastoni is perfect for a three-man defence and Conte has put him at the top of his wish list to complete his defence with Cristian Romero and Eric Dier.

According to Sky Sports Italia, Spurs have already initiated contact with the player but have not yet submitted an official offer to Inter. Manchester United have entered the race and want to steal Bastoni. The Red Devils are looking for a left-footed defender and have perhaps a higher budget than Tottenham.

However Tinti, the young defender’s agent, suggested that Bastoni’s situation is close to a sensational turning point.

He said: ‘Bastoni is a huge fan of the team he plays for and is therefore very happy with Inter. But he is a professional, this is football and we too have to adapt. He is very happy to play for Inter, he has the shirt on his skin’.

Dumfries, in or out?

Dumfries is the other Inter player attracting enormous interest from the Premier League.

Manchester United are interested in the Dutchman, who dominated in Serie A in his first year in Italy, and would like to buy him to offer a new threat for Erik ten Hag, the new boss at Old Trafford.

In recent days the Dutchman, who has a valuation of around €30m (£26m), had been considered but without too much conviction by Bayern Munich.

In order to let Dumfries leave, Inter are not willing to accept figures below €30m (£26m) and at the moment only English clubs are willing to spend the amount requested by Marotta.

Dumfries would prefer to stay at Inter or go to Manchester United. It’s thought the presence of Ten Hag would help him adapt to the the Premier League. 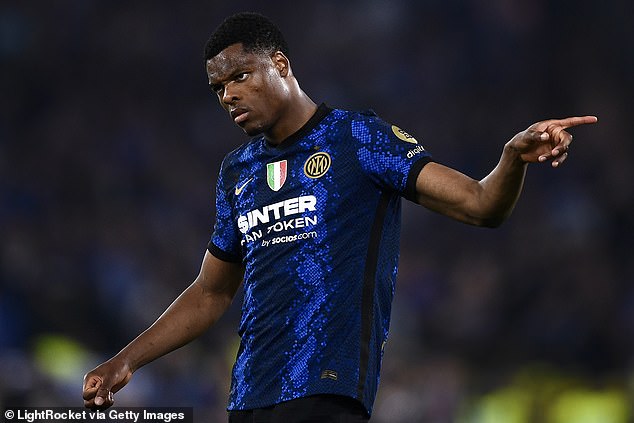 While there looks like there could be plenty of outgoings at Inter this summer, the team is still incomplete and has a number of technical and tactical problems, including demand for a new striker.

Edin Dzeko is the perfect centre forward but he is now 36 and entering the last 12 months of his contract. Inter must reinforce his experience with fresh legs on the bench.

Young blood is needed to revitalise the attack and, while the prospect of Dybala joining is interesting, it does not solve their No 9 issue.

Dybala is the clone of Lautaro Martinez. They could play together but even in the Argentine national team this pairing doesn’t always produce the goods. 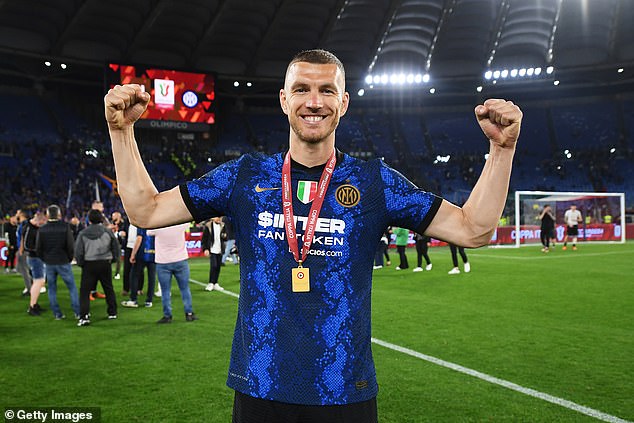 The hashtag #SuningOut is one of the top trends on Twitter in Italy at present and the unhappiness towards the club’s ownership is clear to see.

Inter fans accuse him of cashing in on stars like Hakimi and Lukaku, who now wants to return from Chelsea, rather than trying to convince them to stay and compete for major honours.

Bastoni does not want to leave Inter but he probably will because the chance to play under Conte is exciting. He is also desperate to play in the Premier League.

Marotta and sporting director Piero Ausilio are doing all they can to shift some of the deadweight from Inzaghi’s project but they will also have to find replacements.

It promises to be a long summer at the San Siro. 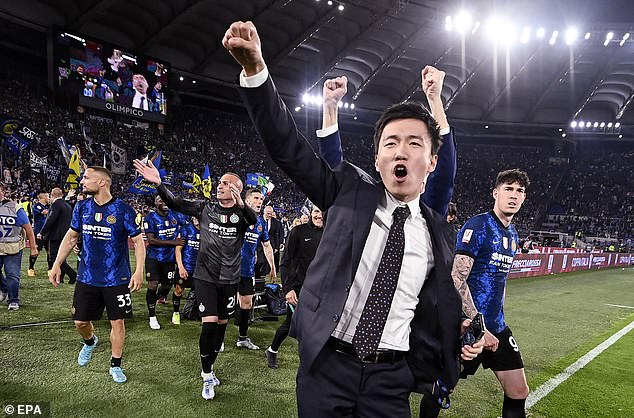 Inter fans accuse Zhang cashing in on stars, rather than trying to convince them to stay 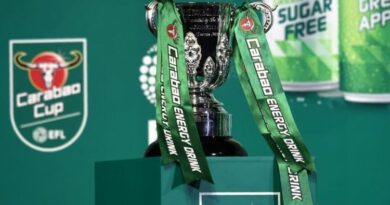 Carabao Cup draw: When is quarter-final draw and why was it not done on Wednesday? 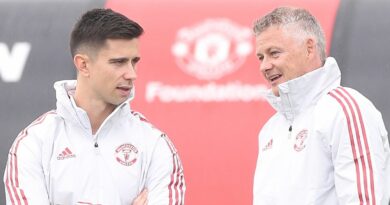