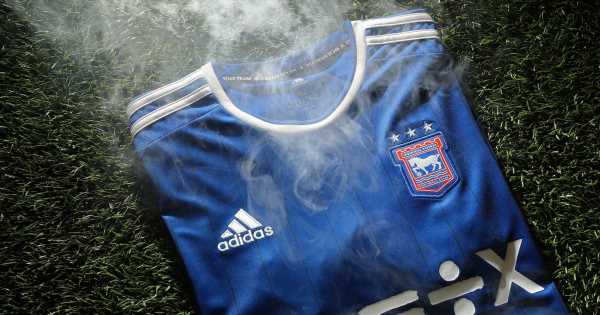 League One side Ipswich Town have revealed their new kit for next season, which has been sponsored by superstar singer Ed Sheeran.

The Tractor Boys finished ninth in the third tier of the EFL in the campaign just gone, but are hoping to push for promotion to the Championship under Paul Cook next term.

If they do achieve promotion back to the Championship after what would be three years in League One, they will do so in shirts that will promote Sheeran.

The 30-year-old is a long-time fan of the club and has frequently been seen cheering them on from the stands at Portman Road.

Sheeran’s support of the club will now include sponsorship of the first-team kits for both the men’s and women’s teams for the upcoming campaign.

The home shirt was unveiled on Thursday and features the symbols +, x and %, the titles of Sheeran's first three albums, as well as minus and equals symbols, above the word ‘tour’.

While dates for the tour have not yet been announced, it will be promoted on Ipswich’s shirts across the entirety of next season.

That kit, made by German sports giants Adidas, will feature navy pinstripes across the front with white shorts.

What is the strangest shirt sponsor your club has had? Comment below.

On the back, the Tractor Boys will pay tribute to frontline healthcare workers with a “Thank you NHS” message.

While he is a record-breaking singer and could be away from England for much of the season, Sheeran’s sponsorship will provide him with several perks.

“I do get a box (at Portman Road) but I have pushed the box back until after the tour,” he recently told BBC Radio One.

“I’ve got a tour, I haven’t announced the tour yet, but the tour goes on for a while. I was going to have a box and not be able to see any games, so I’ve pushed the box to after the tour.

“I get a player tracksuit with my initials on, I get one of them. I saw the contract and you get given a load of shirts.

“There’s all stuff like that. I don’t think I’m going to take them up on everything, but definitely the player tracksuit.”