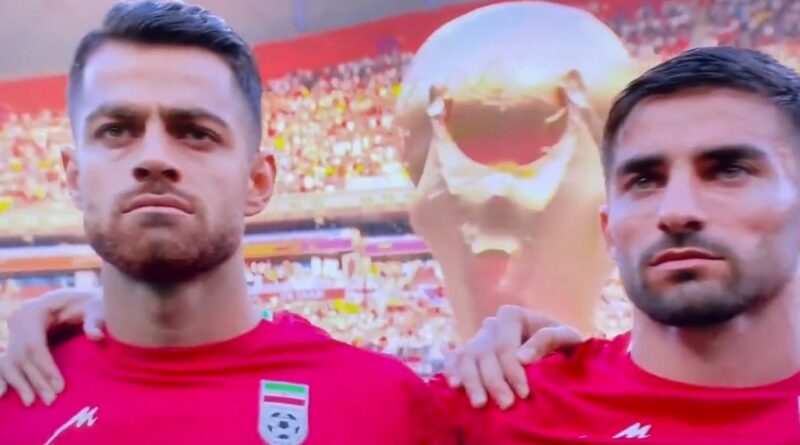 The Iran national team chose not to sing their national anthem in a brave stand against their brutal regime.

Carlos Queiroz’s side begin their 2022 World Cup campaign against England at the Khalifa International Stadium. However, the build-up to their contest against Gareth Southgate’s side has been dominated by the current unrest in Iran, proceeding the death of 22-year-old Mahsa Amini, who died while in the custody of the so called Iranian ‘morality police’.

Countless protests have taken place which have reportedly seen 410 protesters killed in the unrest. And in a huge showing of solidarity with the demonstrations, the Iranian players did not sing the national anthem.

This decision proceeds the huge showing of support from Iranian defender Ehsan Hajsafi. The AEK Athens star was the first player from Team Meli to publicly state his support for the protesters in Qatar.

"They should know that we are with them. And we support them. And we sympathise with them regarding the conditions," Hajsafi, who plays for AEK Athens, told a news conference.

What are your thoughts on the stance the Iranian players have made? Let us know in the comments section below

"We have to accept the conditions in our country are not right and our people are not happy," he said. "We are here but it does not mean we should not be their voice or we should not respect them."

The demonstrations are some of the biggest the country’s clerical leaders have seen since the 1979 Islamic Revolution. And Hajsafi also added, their performances will be dedicated to the many brave citizens in their country.

"Whatever we have is from them and we have to fight, we have to perform the best we can and score goals and represent the people," he said.

"I hope conditions change as to expectations of the people."