Watford star Ismaila Sarr has called Liverpool a ‘great team’ amid increasing speculation about his future.

Sarr moved to Vicarage Road last summer and impressed despite their relegation to the Championship.

The Senegalese star’s biggest impact came against Liverpool in February when he single-handedly took apart the Reds with two goals and an assist in a 3-0 win.

That put him on the radar of several clubs and the Premier League champions are understood to hold an interest in him.

And his countryman Sadio Mane has been open about his desire to see Sarr at Anfield. 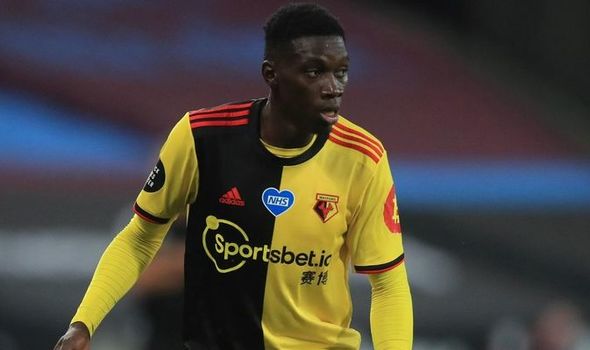 Watford could be forced to let go of their prized asset if a suitable offer arrives and Sarr says he wants to play for a big club like Liverpool in the near future.

“Liverpool are a really great team, everyone would love to play there,” he told Senegalese publication Sans Limite.

“They won the Premier League this year and the Champions League last year. But also there are great teams in the English league.

“Frankly, I have yet to make a choice. If [he were to leave], I just hope it’s to a good team. 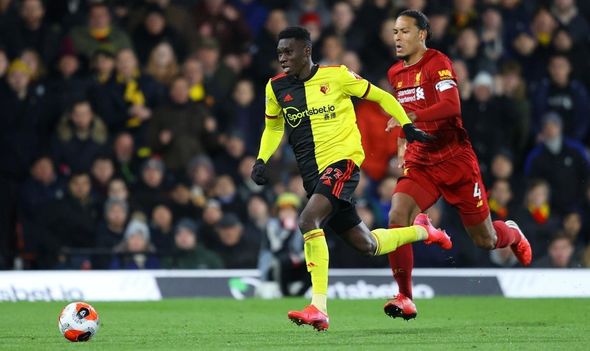 “Everyone who works is looking for advancement. Maybe if Watford frees me one day I could go and play for a bigger team. Go and showcase my talent elsewhere and then win trophies.

“Playing the Champions League is a dream for all players.

“I have already had the pleasure of playing in the Europa League so if these teams want to have me in their squads, let them discuss it with Watford and find an agreement, I would not say no.”

But Sarr didn’t close the door on staying at Watford and helping them back into the top flight.

He added: “I still have years of contract with Watford, another 4 years. If Watford wants me to stay, I’ll play in the Championship; my departure also depends on them.

“I really don’t know what to say. We are going to play in the Championship since there is no transfer yet.

“I’m at the same level of information as everyone else about these transfer rumours. Every day, like everyone else, I receive information like what I’m going to play for Liverpool, Manchester United etc … But really, for the moment, we have not yet discussed it internally.

“I admit that there are other agents who talk to me about proposals from important teams, but for the moment, I remain quiet in my corner. I continue my work and the rest, my agent and my team will take care of it. Because whatever happens, you need the backing of the club.”