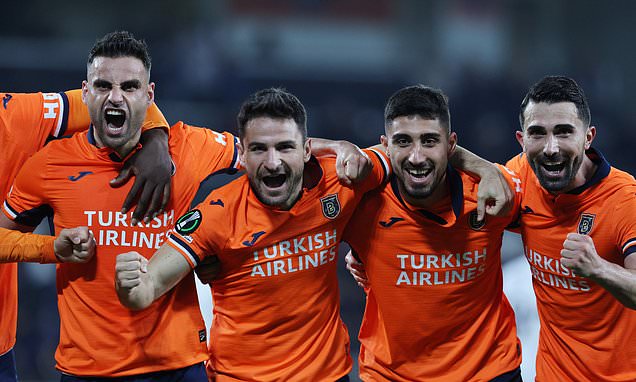 In the end, the final scoreline in this emphatic victory for Istanbul Basaksehir over Hearts did not quite fall into the category of a Turkey shoot.

But the last group match involving a Scottish Premiership side in Europe this season continued a familiar theme of early goals lost, defensive errors and ultimately the dispiriting disappointment of defeat.

First half goals from Youssouf Ndayishimiye and Serdar Gurler and another after the break from Berkay Ozcan ensured the wealthy Super Lig side finished top of Europa Conference League Group A. 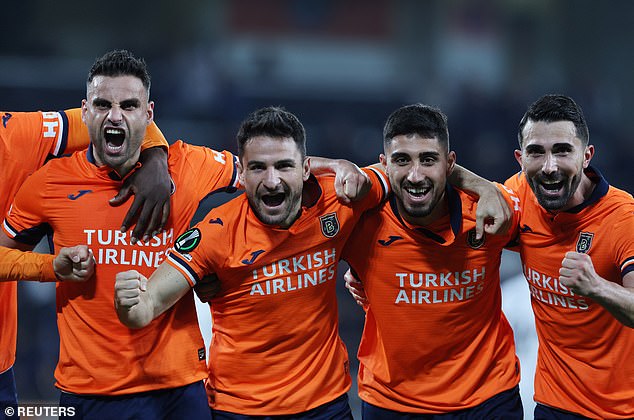 But they were given a huge helping hand by a static Hearts backline at the opener while Craig Gordon blundered badly at the second on the night the normally-reliable keeper equalled the Tynecastle club’s record of 22 European appearances.

Nathaniel Atkinson notched a late consolation. But in the final reckoning, Celtic, Rangers and Hearts have played 18 group matches on the continent with the Tynecastle side’s home and away triumphs over Latvian minnows RKS the only victories; admittedly banking an extra £860,000 in prize money for those six points.

Motherwell boss Graham Alexander lost his job after exiting the Conference League to Sligo Rovers at the qualifying stage.

And Jack Ross’ brief reign at Dundee United quickly turned to dust after a record-equalling 7-0 thumping away to AZ Alkmaar meant a 7-1 aggregate elimination from the Europa League.

And as the final whistle sounded for Hearts at the Fatih Terim Stadium, it brought down the curtain on a truly grim season for Scottish clubs on the continent.

In a bid to keep the game tight, Neilson had fielded a back five in the Turkish capital. But Hearts could only keep Istanbul Basaksehir out for 212 seconds. 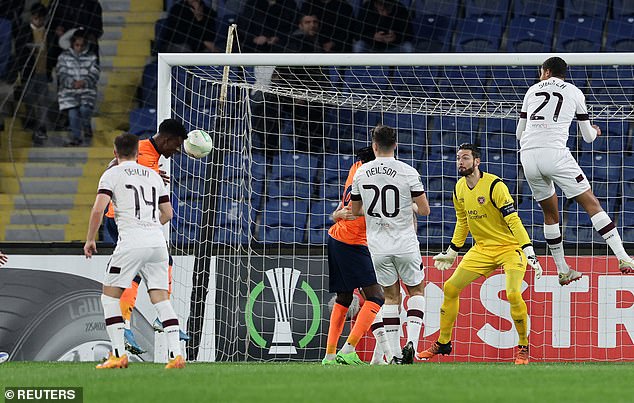 A corner was whipped in by Deniz Turuc and as Lewis Neilson stopped in his tracks, Ndayishimiye was unmarked to thump a free header into the empty net for one of the easiest goals he will ever score.

The best move of the half from the Scots saw Basaksehir goalkeeper Muhammed Sengezer race out of his goal to get the ball before Atkinson on the right flank.

But Ndayishimiye was lucky there is no VAR in the Conference League until the latter stages when he sneakily stamped on Jorge Grant’s shin as the pair vied for a ball on the halfway line.

It was a red card challenge but Georgian referee Goga Kikacheishvili only awarded a free kick. 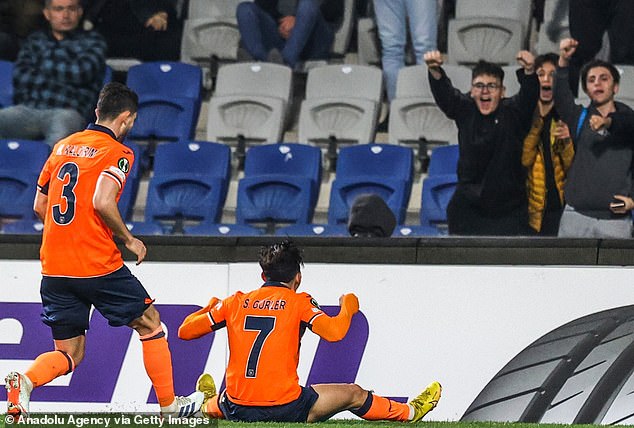 Toby Sibbick was not as fortunate, going into the book after pulling back Stefano Okaka.

By now, Neilson’s side were enjoying a decent period in the game but they fell further behind due to a rare blunder by Gordon.

Taking a ball from goalkeeper Sengezer, Leo Duarte sent a long ball up the park.

The Hearts keeper raced out of goal to try and slide tackle Okaka but failed to win the ball with his lunge.

It broke kindly for Gurler and he got the ball under control before steering a finish in between Sibbick and Michael Smith and into the back of the net. 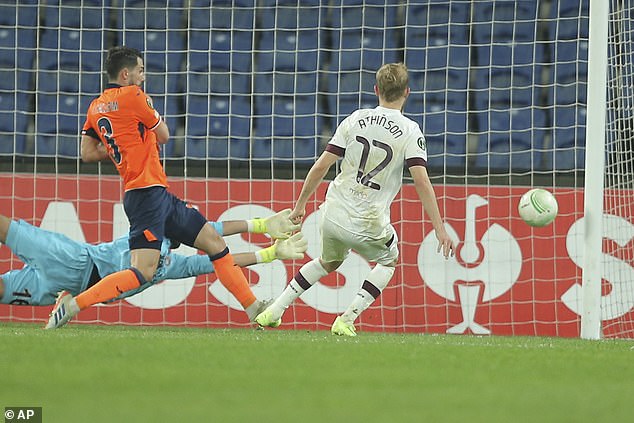 Hearts grabbed a consolation through defender Nathaniel Atkinson late on

Head in hands, Gordon’s reaction told its own story but there was little time for self-pity. The Scotland international was called into action again almost immediately, making two smart stops from Bertrand Traore at the back post to partially atone for his costly aberration.

The last time Shankland entered the fray as a substitute he ended up bagging a hat-trick in a 4-3 home loss to Celtic.

However, despite the changes it remained one way traffic towards the Hearts goal and Basaksehir were soon further ahead.

Omer Ali Sahiner robbed Alex Cochrane on the right flank then looked up and picked out fellow substitute Ozcan on the penalty spot. He cracked the ball viciously past Gordon to end any doubt over the outcome. 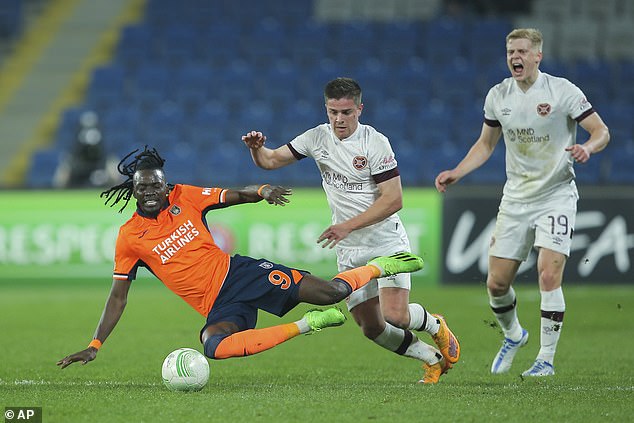 Basaksehir’s Bertrand Traore, left, tussles for the ball with Cameron Devlin of Hearts

Hearts were struggling to create chances and frustrations boiled over after Danijel Aleksic dumped Cochrane on the ground. When the dust had settled the Serbian and Cochrane had both been shown yellow.

Hearts did go out fighting when substitute Finlay Pollock picked out Shankland and his flick was saved by Sengezer. Atkinson was on hand to slam the loose ball into the empty net from close range.

With Europe now over, and with it the challenges of playing on Thursday and Sunday, Neilson will turn his attention back to domestic matters and trying to retain third place starting at home to Motherwell this weekend.

But Aberdeen’s Jim Goodwin and Lee Johnson at Hibs both have designs on embarking on a European adventure of their own next season.

However, such has been the unforgiving nature of football on the continent for Scottish clubs this season you could almost forgive the pair for having second thoughts. 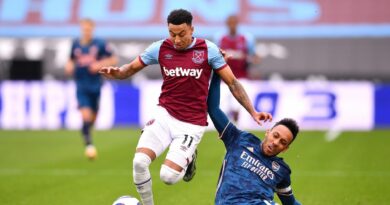 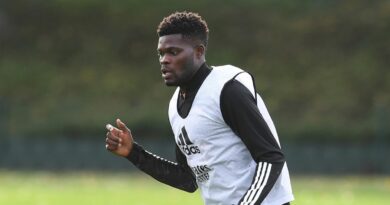