Home » Soccer » ‘It can change overnight’: Federici on the cut-throat world of EPL goalkeeping 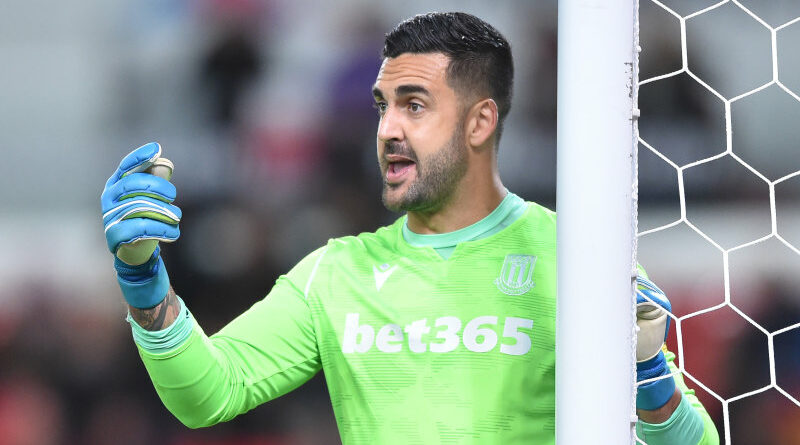 Adam Federici has stood in Mathew Ryan's shoes before. One day you're an established Premier League starter, the next you're suddenly frozen out of the first team and your options are extremely limited.

You can either channel all your energy into training to convince your coach to give you another go, or you can find another club. 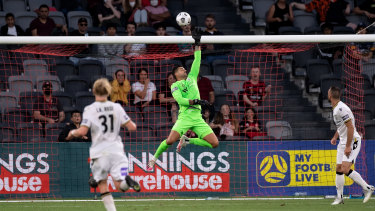 Adam Federici had a blinder on debut for Macarthur FC.Credit:Getty

Federici tried the former, and it put so much stress on his body that it buckled. But he's confident that even if Ryan – his Socceroos teammate and the only Australian player in the Premier League – picks the latter, he'll be back playing regular football somewhere very soon.

Ryan was unceremoniously dumped by Brighton and Hove Albion boss Graham Potter just before Christmas and has missed their past five match-day squads, despite his 121 games.

Free to leave in January if he can find another club, the 28-year-old has publicly committed to fighting to win his place back. Federici knows that's a lonely road to take, as a bloke who tallied just 16 senior league appearances in five seasons with AFC Bournemouth and Stoke City.

"I'm not surprised, just because I know how things work over there," Federici said. "I've been in England a long time and I've been through that exact same thing. 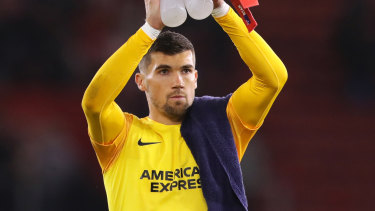 Mathew Ryan has committed to trying to fight for his spot at Brighton but has reportedly been told he’s free to leave in January.Credit:PA

"He's done so well there. But it's just goalkeeping. It can change overnight. [If] a manager wants to play someone else, there's literally not much you can do about it. All you can do is work hard in training.

"The only thing I'll say with Maty, in my experience, and it's probably something I look back on and wish I handled it a bit better – he's handled it extremely well.

"If he doesn't leave, he'll definitely get his opportunity again. He's such a good professional, he'd be ready for that, and he can prove his point."

In Federici's case, a late-career retreat to the A-League with Macarthur FC – who face Wellington Phoenix on Saturday – has thankfully broken him out of that vicious cycle.

Seven years ago, the proud South Coast product was a Premier League regular for Reading and a key figure alongside former Sydney FC ace Adam Le Fondre in their promotion from the Championship to the top tier. Since leaving the club in mid-2015, he has barely played.

"It's tough. Goalkeeping's a different position – I could talk all day about it," he said.

"There's one spot. You don't get to come on in the 80th minute and prove your worth. Once you find yourself out of a team, it's very hard to get back into a team.

"You end up training like a madman and trying to prove a point every day in training and it does become really difficult. 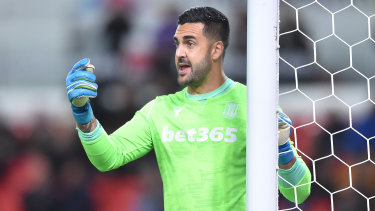 Adam Federici has barely played since leaving Reading in 2016, but is relishing his time at Macarthur FC.Credit:Getty

Some players are happy to grind away in those circumstances. But Federici was never that type, and when coach Ante Milicic came calling for him last year, a move to the Bulls made sense for all sorts of reasons.

He was man of the match on debut in Macarthur's 1-0 win over Western Sydney, an emotional evening that will go down in the fledgling club's folklore.

It was one game, but it has already thrust his name back into Socceroos calculations. Federici is hopeful of adding to his 16 caps, but is somewhat doubtful, and believes the country is well covered for goalkeepers, even accounting for Ryan's uncertain future : Mitch Langerak broke the J.League record for clean sheets last season; Danny Vukovic is back from injury and playing regularly for Genk in Belgium; and a new generation of shot-stoppers is emerging in the A-League.

Federici insists he is not playing to prove a point or remind people what he's capable of. He's just playing, which for now is good enough.

"I'm not looking to do anything other than just be the best I possibly can each day," he said.

"I've found it hard to get games the last couple of years, and I've come back to enjoy my football. That's the main thing for me: to set my own standards and enjoy it for myself. I get to define what's successful, not other people.

"If I'm needed or if they want to play a particular way, there's no better feeling getting to sing the national anthem wearing those colours on a big occasion. I feel like I'm made for those big games.

"But that position's well covered, I think. I'm just looking to enjoy my football and do the best I can for Ante and the new club we're trying to build.

"That's one of the reasons why I'm here as well. Ante wanted me here, wanted me to play and he wants to play the sort of football I love to play as well."