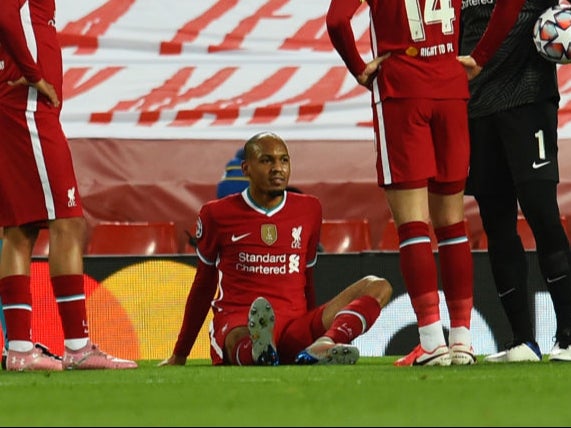 Liverpool will only ascertain the full extent of Fabinho’s injury during the course of Wednesday and will be crossing fingers that the muscle problem is on the lighter scale given a trip to the Etihad follows tests at home to West Ham and then at Atalanta in the Champions League.

The initial prognosis was not overly alarming. “Fab felt his hamstring and that’s not good,” Klopp said, before continuing, “he didn’t feel it too much: he said he could have played on but not make any more sprints.”

But given the list of their absentees and the need to not exacerbate the situation, Liverpool will be risk-averse.

This would explain why the German also suggested pushing up Matip’s return may have an immediate benefit, but longer-term ramifications.

“The players who are now injured, we cannot use them on the first day of being fit again – or not injured anymore,” he said.

“They need a proper build-up for the rest of the season and that’s what we try.

“It is this juggle all the time between the fit players – how much can they play still? – and when we can use the others again?

“We are really interested in that fact so you can imagine we try everything to make everybody fit as quickly as possible.”

Liverpool’s options during a relentless period are limited. Rhys Williams, 19, replaced Fabinho at Anfield on Tuesday night and was fine without being given enough of a challenge by the Danish champions.

Klopp could turn to him again or use Nat Phillips. “We have very young and inexperienced alternatives, and in the moment it looks like we have to choose one of them,” the manager conceded.

The alternative would be to use one of his midfielders as a partner to Gomez. Jordan Henderson could fill in, but that would see Liverpool lose his command in the centre of the park. 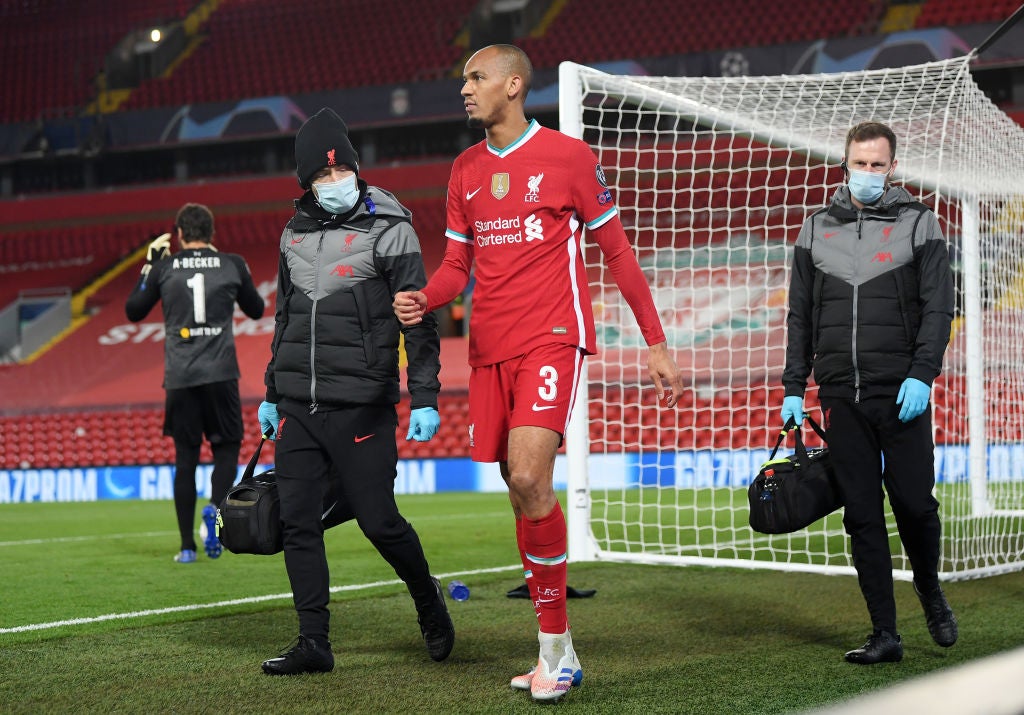 A change of shape could result in Gini Wijnaldum operating as a centre-back again as he did in a back three against Brighton when Liverpool had a similar defensive crisis.

There is little time to come up with and perfect solutions, but the league champions have proved themselves masters of responding to setbacks.

As those stack up – the injury list reads: Alex Oxlade-Chamberlain, Thiago, Naby Keita, Konstantinos Tsimikas, Van Dijk, Matip and Fabinho – that characteristic has to guide the team.

Pretty football will have to wait while fighting football navigates a stretch that Klopp described as “a bit like in a marriage: in good times and bad times you have to stick together.”

Liverpool’s talent in doing exactly that in what is now the most crucial factor to them meeting their objectives on the continent and in retaining the title.