Ivan Rakitic has dashed any hopes Manchester United had of signing him – by declaring his intention to stay at Barcelona .

The Croatian midfielder helped Barca seal a successive La Liga title on Sunday, but his future at the Nou Camp has been dogged by rumours linking him with a move away.

However when questioned upon where he sees himself for the 2019-20 season, Rakitic was keen to put the rumours to bed.

Rakitic told Goal : "I don't want to be anywhere else.

"I hope the club, the president, the coach and the fans see this the same way I do. I hope they tell me that I'll stay here for another three years."

Rakitic has been a key member of the Catalan club's first team since his arrival in 2014, but could face his position under threat from the impending arrival of Ajax's Frenkie de Jong.

At 31, Rakitic is ten years de Jong's senior, which has raised speculation around his role in the Barca side for seasons to come.

This has alerted interest from several top European clubs, including United, but with Rakitic tied down to the club until 2021, Barca are not thought to be in a rush to sell.

And Rakitic is hopeful his time with the Spanish giants will not finish before the end of his current deal.

"Anything can happen in football, but I am very calm about it all."

Rakitic could even come up against his future teammate de Jong this season, with both clubs vying for a place in the Champions League final.

Barcelona are hoping to follow up their domestic success by progressing to European showpiece, as they face Jurgen Klopp's Liverpool in two mouthwatering ties in the next fortnight.

Ajax meanwhile also come up againt English opposition in the form of Tottenham , as they bid for their first final since 1996. 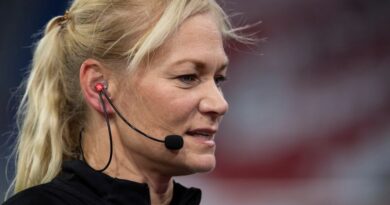 Bibiana Steinhaus: Referee to oversee officials in WSL and Championship this term 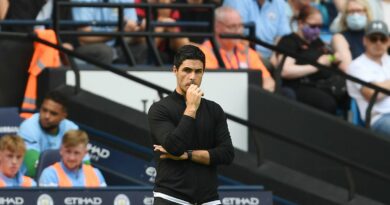 Arsenal will be okay, but for how long will okay be enough? 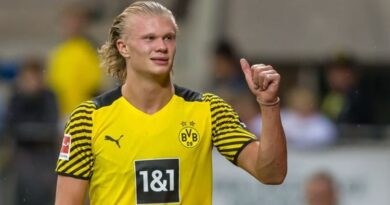