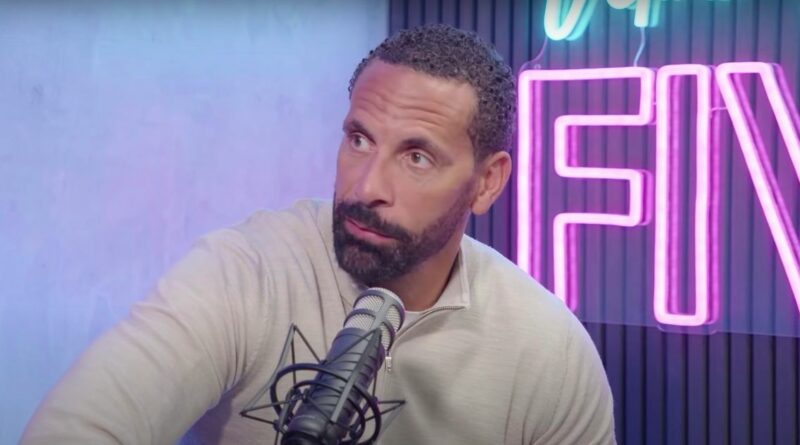 Former Manchester United defender Rio Ferdinand has named the England starting eleven that he would like Gareth Southgate to name at the Qatar World Cup, and he has left out some big names.

The Three Lions beat Switzerland and Ivory Coast over the international break and Southgate’s options with the World Cup on the horizon are immense. Even those who were handed their international debuts of late, like Crystal Palace’s Tyrick Mitchell, performed with credit and the England boss has an almighty task on his hands in finding his best side.

But Ferdinand has offered his advice, highlighting his desire to move back to a formation that has seen the Three Lions perform well in previously. “I'm going to go three at the back as I think that's our best chance,” the 43-year-old said on his Vibe with Five podcast.

But rather than sticking with the tried and tested midfield duo of Declan Rice and Kalvin Phillips that formed a great partnership at the Euros last summer, Ferdinand decided to drop the latter – and not for Chelsea’s Mason Mount. “I'm going to go Declan [Rice] and [Jude] Bellingham.”

“'[Phil] Foden in the hole and then two strikers – [Raheem] Sterling and [Harry] Kane.'” Given the demand for £100million Manchester City star Jack Grealish to play over the summer, his absence is somewhat surprising – though Foden has been in flying form in the no.10/false nine roles for City this season.

A five-man defence made up of four fullbacks certainly raises eyebrows, but Ferdinand explained: “Reece James coming out with the ball coming into midfield because he can do that; he played midfield as a kid.

“Trent out on the right. Walker centre, he's covering the whole backline on his own. My midfield, Declan, Jude and Foden dropping in as a number 10 and coming back into midfield.”

The Nations League fixtures over the summer provides Southgate with the ideal opportunity to draw conclusions about his squad and develop a clear-cut plan heading into the World Cup in the winter. But between now and then, players will have to continue staking their claim at club level as to why they should even be considered for the squad.

Rashford delighted with his first EVER Manchester United hat-trick