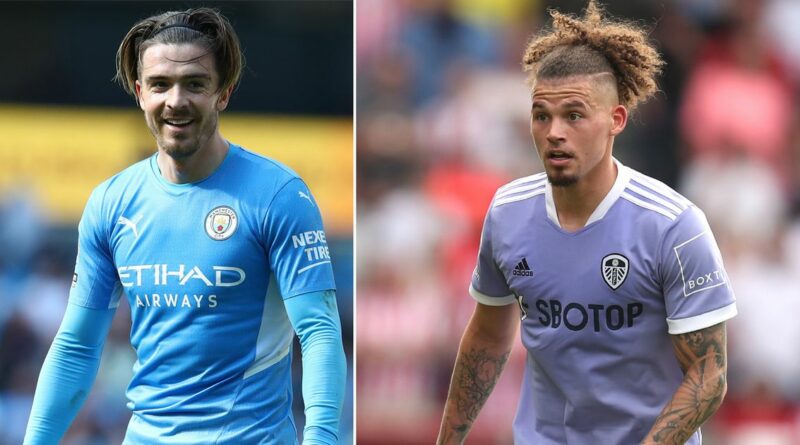 It might just be the most significant thing Jack Grealish has done since joining Manchester City.

Grealish, it turns out, was instrumental in persuading Kalvin Phillips to follow him to the Etihad in a £45m deal. The duo have become close friends in recent times, to such an extent that Phillips is expected to join the same firm of football agents that looks after Grealish.

Just imagine being a fly on the wall when the England team-mates were discussing what Phillips should do next at such a crucial point in his career.

"Come across to Manchester mate. You only have to start less than 25 league games because Pep Guardiola has got more superstars than he knows what to do with. And you can earn four times as much for the privilege."

Marcus Bent described City's move for Leeds legend Phillips as "bonkers". He was referring to the fee the English champions have paid for someone who has established himself as one of the best holding midfielders in the top flight.

The only problem for Phillips, however, is that he's just joined a team which already has one of the best holding midfielders in Europe. So Bent might be right in one sense, because if things pan out how we imagine them to next season then Phillips might be left wondering if he was crazy to choose a bit part role in football's equivalent of the Harlem Globetrotters.

Do you think the move is right for Kalvin Phillips after an impressive stint at Leeds United? Let us know in the comments section below

Phillips had a number of options on the table when he sat down with his family this month to decide his immediate future. Manchester United, Paris Saint Germain, West Ham, Aston Villa and even Real Madrid had all shown interest in the 26-year-old.

But Phillips snubbed all of them in favour of joining City for one reason – the chance to work under Guardiola. It's a measure of how strong the Spanish boss's allure still is that he can persuade someone of Phillips' calibre to pass up the chance of guaranteed football elsewhere to be a squad player at City.

But it will be a huge risk for him because it means he will have more in common with his big mate Grealish than he realised. Guardiola continues to stockpile talent at an astonishing rate and will stop at nothing to keep having the depth of players he needs to maintain his dominance of the domestic game.

Last summer he signed Grealish from Villa in a £100m deal that made him the most expensive star in British football. But the price tag didn't mean a thing to Guardiola, who didn't even need to call on Grealish on the final afternoon of the season when City threatened to blow the title at home to the star's former club. Grealish started just 22 league games last season.

Bonkers indeed, but this is now the world Phillips has decided to step into. He will earn bigger wages, he will win trophies, he will develop his game and he might even get to line up alongside Erling Haaland.

And good luck to him, because Phillips is a top bloke who deserves a slice of the greatest footballing pie we've ever seen on these shores. But there's a good chance he will also become frustrated, because the World Cup takes place in Qatar in November and Phillips needs to be performing at a regular and consistent level to be part of Gareth Southgate's plans.

And this is where Guardiola's greatest gift of all will come to the fore – because no manager on the planet is as good as him when it comes to dealing with the patience of a group of men who want what's best for them instead of the team.

Invited to attend an event in St Helens for the launch of a report into the social impact of the upcoming Rugby League World Cup, Dorries went into full muppet mode.

The secretary of state for digital, culture, media and sport opened her address with a reference to Jonny Wilkinson's World Cup winning drop goal for England in Australia in 2003.

"I've always quite liked the idea of rugby league", she said to open-mouthed guests, "my long-standing memory is that 2003 drop goal. I'll let you into a secret. I think we were drinking bloody marys at the time. It was 11 o’clock in the morning but wow what a moment that was."

I'll let you into another secret Nadine.

Like dozens of your colleagues in Government, you are hopelessly ignorant and out of your depth when it comes to performing the role you've somehow managed to find yourself in.

RFL chief executive Ralf Rimmer refused to criticise Dorries and, even more astonishingly, World Cup chief executive Jon Dutton is considering inviting Dorries to some games when the tournament kicks off in October.

The sport has spent decades battling to establish itself south of the M62 corridor with upper class people, who have continued to show it utter disdain and a lack of respect.

Which is precisely what Dorries did this week.

The World Cup will be a great tournament that will showcase what a brilliant game Rugby League is – but Dorries shouldn't be allowed anywhere near it.

Ben Stokes – Led England to a 3-0 whitewash of New Zealand. Who said being captain was hard?

Stefan Ratchford – He might be 31, but he's managed to bag himself a two year contract extension with the Warrington Wolves.

Paul Jubb – The unheralded British tennis player might have lost to Nick Kyrgios at Wimbledon, but he pushed the loudmouth Aussie all the way and also acted with great decorum.

Serena Williams – The tennis legend crashed out of Wimbledon in the first round in what is expected to be the last time we see her at SW19.

Owen Farrell – Passed over as England captain in favour of Courtney Lawes after returning to the team for the first Test against Australia in Perth.

Patrick Reed – Claims the reason he joined the LIV Tour was because he was forced to play too much golf on the PGA one. Do me a favour mate. 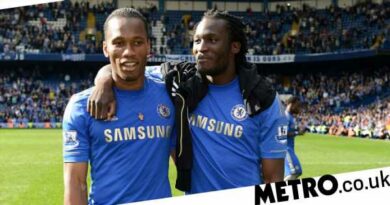