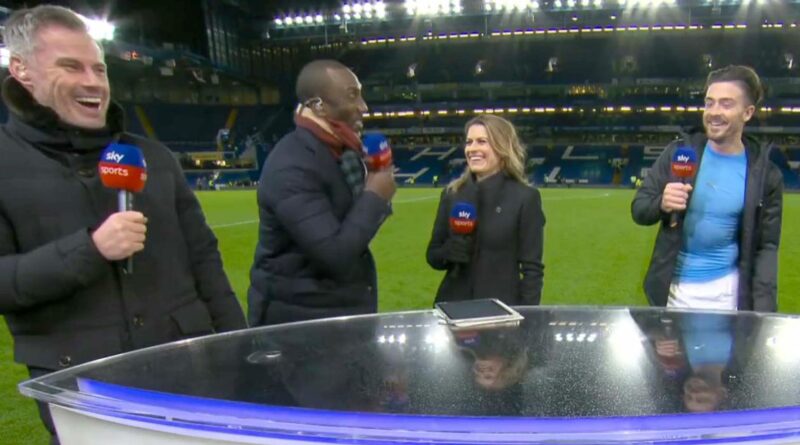 Jack Grealish stole the show on Sky Sports' coverage of Manchester City's win over Chelsea with his post-match interview that had pundits and fans in stitches.

The 27-year-old was in fine spirits after setting up fellow substitute Riyad Mahrez for the only goal of the game – cracking up when asking if he could praise his own assist despite hinting at a Kepa Arrizabalaga blunder.

Going on to prompt laughter from Jamie Carragher, Jimmy Floyd Hasselbaink, Karen Carney and David Jones – Grealish was honest about his initial thoughts.

The former Aston Villa captain said of Mahrez: "I was just speaking to Riyad then inside and he says to me that he thought the keeper was going to get it at one point and so did I.

"When I've crossed it the first thing I put my head down to cross it and straight away I'm thinking na, Erling has got to be somewhere."

When asked if he expected Kepa to get there, a coy Grealish said to earn fits of laughter from the pundits: "I dunno… now I'm gonna praise my cross."

Does Jack Grealish have a career on TV after football? Give us your thoughts in the comments section below.

But concluded: "Honestly when it went across the goal the first time I've looked up I've thought 'I've played that too close to him… do you know what I mean."

Viewers were delighted to see Grealish getting laughs during his interview, with some players more serious when tackling their media duties.

One fan wrote: "Jack Grealish is both the worst and best player to bring onto these post-match pundit vs player panels."

A third added: "Jack Grealish is great isn't he. Definitely has a career on screen after footy."

As a fourth posted: "Jack Grealish interview on Sky Sports absolutely brilliant. So refreshing to see one where the player is so honest/natural." 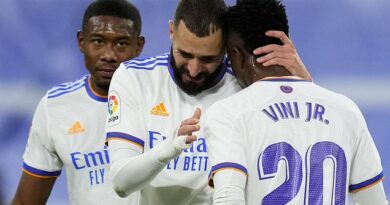 Jurgen Klopp pleads for Liverpool fans to adhere to rules