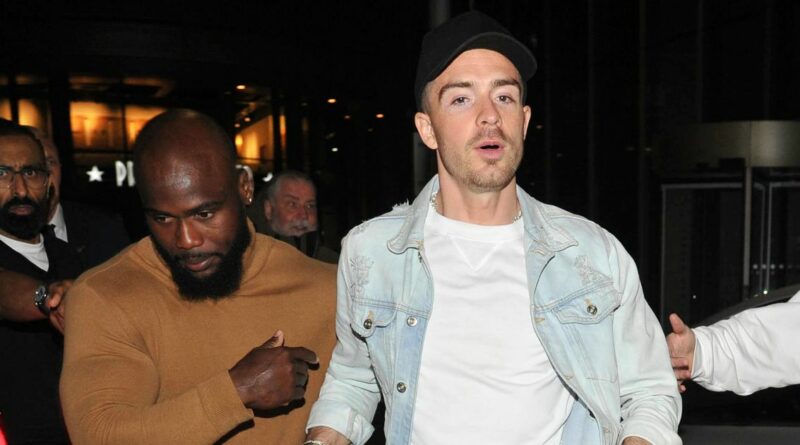 Manchester City clearly celebrated their Premier League title success in style as Jack Grealish was seen leaving a restaurant at 3am on Monday morning.

City secured the title in dramatic circumstances as they came from two goals down to beat Aston Villa 3-2 and retain their crown. It's their fourth title in five years, but it was a first for £100million signing Grealish, who was in tears when the full-time whistle blew.

Grealish stuck to his word as he told Roy Keane on Sky Sports that celebrations would start immediately, and the midfielder was seen enjoying himself in the dressing room with the rest of his team. Their celebrations took them to The Ivy restaurant where first-team players, their partners and manager Pep Guardiola partied until 3am.

It initially looked as though it wasn't going to be City's day, as Liverpool were pushing for a winner against Wolves, and Villa led 2-0 at the Etihad Stadium. But a remarkable comeback saw City keep the trophy in Manchester, and the squad breathed a huge sigh of relief while sinking the beers.

Riyad Mahrez, Kevin De Bruyne, Phil Foden, Aymeric Laporte and Guardiola were all pictured in attendance at the restaurant, with Grealish seen stumbling out at 3am as he enjoyed his first ever title win. The Premier League's record signing gave an emotional interview shortly after City were confirmed as Champions, as he came to terms with the fact that the title was won.

"It’s unbelievable," Grealish said on Sky Sports. "After the 3rd goal went in I ran onto the pitch and after that I ran straight down the tunnel, I was just crying my eyes out.

"When I signed here, people would say to me, friends and family, what do you actually want to win when you come here? The Champions League or the Premier League? For me, I’ve never won it so it’s always the Premier League. I’m so happy."

It's Grealish's first season at City, and having capped it off in the best way possible, he opened up about how adjusting to life away from Birmingham was challenging. "It's more difficult than I thought but I’ve enjoyed every minute," Grealish added.

"I’ve stepped out my comfort zone, new changing room, new surroundings, new teammates. It’s been difficult. Way harder than I thought. This today, makes up for it, it really does.

"All these guys, they've made me feel so welcome. My first day here was the worse day ever, I went into a new changing room, something I’ve never done. The lads here are unbelievable. I love them all so much."

City's season is now over and Grealish even said that he wouldn't stop partying to celebrate his achievement. The midfielder said: "Not for the next three nights, no chance, maybe four." 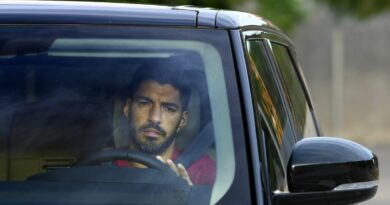 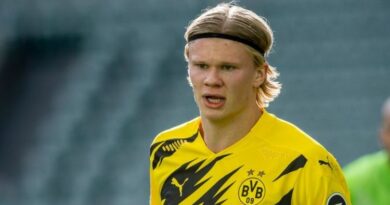