Grealish has been in excellent form this season, netting five goals and providing six assists in nine Premier League appearances.

He was heavily linked with a move away from Villa over the summer but the midfielder put pen to paper on a new five-year contract.

Despite this, Nicol believes Grealish should join United, claiming he is "made for Manchester United" and compared him to Paul Pogba.

"Jack Grealish can do that. I think absolutely Manchester United are crying out for a Jack Grealish, a guy who keeps the ball, a guy who will do his bit defensively.

"We talk about [Paul] Pogba at United, not being able to defend. Jack Grealish does everything.

"He goes forward and he goes backwards and he has class and he has control. So, I think Jack Grealish is made for Manchester United."

Grealish has also been linked with a move to Arsenal but Nicol believes a move to United would be more appealing to 25-year-old.

He added: "I’m not sure where Arsenal are going. They’ve been pretty stagnant for five or six years now.

"If I’m Jack Grealish and I’m class every time I step on the field, I want to go somewhere who is either at the top or a club who can get to the club again.

"I would suggest Man United, with the money they have, they can buy their way back to the top. If I’m Jack Grealish, I’m looking at Manchester United before Arsenal.

Grealish will be back in action with Villa over the weekend when they face Wolves at Molineux. 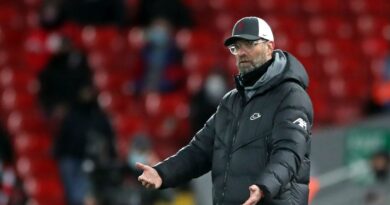