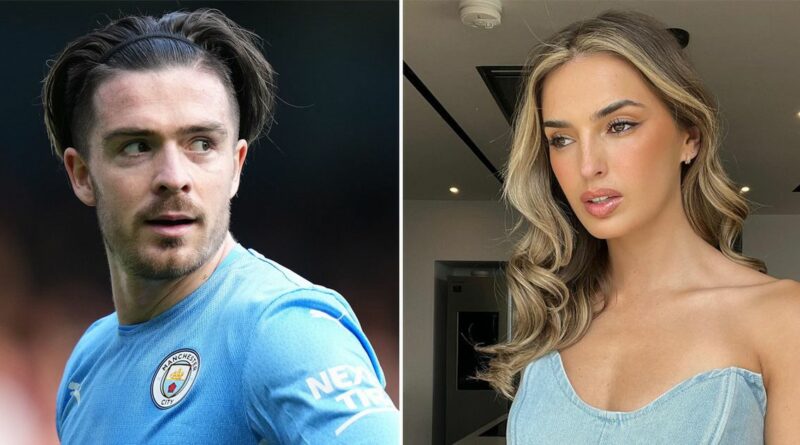 The 26-year-old Instagram influencer modelled for PrettyLittleThing dressed in a sizzling light blue denim skirt. She posed for several mirror selfies taken on her phone while wearing a matching low-cut crop top.

Attwood also donned a pair of striking zebra-print boots to offer a perfect contrast as she wowed in her simple yet highly chic outfit. It came just a week after she stunned fans in a lilac bikini while living it up in Cannes during the famous two-week film festival.

Meanwhile, boyfriend and Manchester City star Grealish, 26, was on international duty with the England team as they took on Germany in the Nations League. The midfielder impressed after being brought on as a substitute by Gareth Southgate and provided a consistent threat on the left flank.

It was a timely reminder of his talents ahead of England’s World Cup preparations after a disappointing first season at City following his £100million move from Aston Villa.

Still, Grealish was able to end the season by winning his first piece of major silverware after a dramatic final day of the Premier League season, which saw City pip rivals Liverpool to the trophy.

He celebrated the win on the pitch with Sasha, who he met aged 16 while they were still at school. They had largely kept their relationship out of the spotlight and rarely shared photos together, but the title victory proved an exception.

The fashion model cuddled up to her childhood sweetheart Jack in the pics, as he proudly sported his Premier League winner's medal. Grealish recently added fuel to reports of their flourishing relationship by revealing he is not shy of one day popping the question.

He told The Face: "My mum and dad are married, so of course I want to do that.

"I know it’s easy to say, but the goal for me is just to be happy, man. I think that’s the most important thing in life."