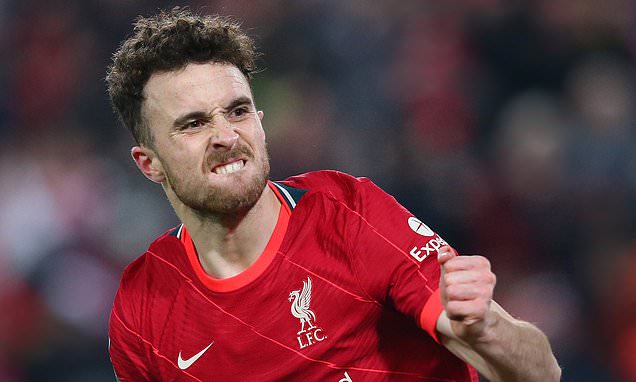 Jack Wilshere claims Diogo Jota’s stock has risen this season at Liverpool and he is now worth £70m, while Darren Bent believes the Portuguese forward works best with Mohamed Salah and Sadio Mane

Liverpool signed the 25-year-old Portuguese forward from Wolves in September 2020 in a deal worth up to £45million.

Jota has scored 24 goals in 52 appearances for the Reds despite his progress being hampered by a knee injury and facing competition from Roberto Firmino. 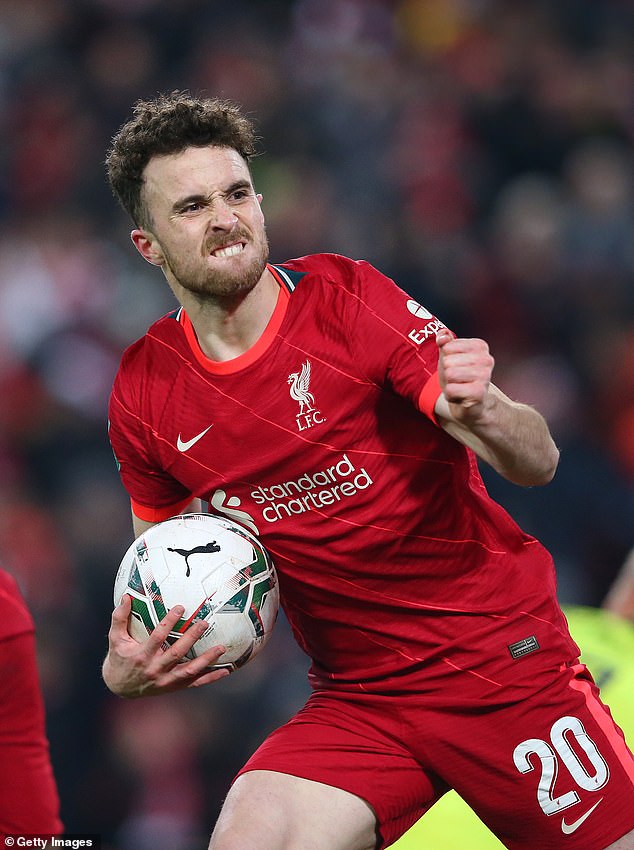 ‘I think he had something different in terms of when they play with Firmino up top, Firmino would drop deep but he seems to be a little different to that,’ he told talkSPORT.

‘He’s a goalscorer, he has that knack, Benty would know more about it when you’re in the right place at the right time. 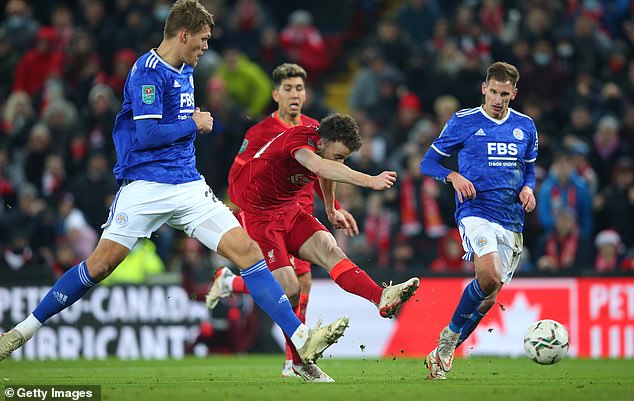 ‘You got to say again, well played to Liverpool the recruitment because I always thought he was a good player,’ he said.

‘When they first signed him, he was on absolute fire, wasn’t he? Then he had that injury and it kind of railroaded him a little bit.

‘But he’s come back this season fantastic and, at one stage, it was almost like blasphemy that anyone could upset that front three, Firmino, Salah and Mane.

‘It was always them three, whoever comes in is going to have to play backup but he’s gone in there and shown no fear. 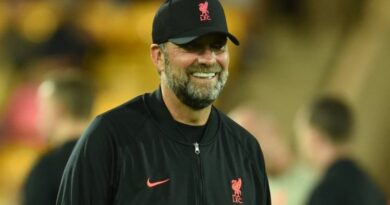 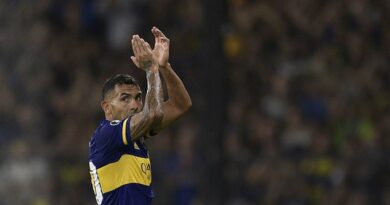