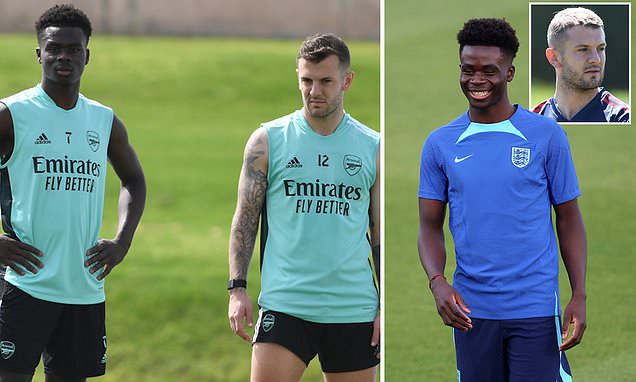 ‘Bukayo always gets it right’: Jack Wilshere says Saka has ‘special gifts’ and reveals he tells his Arsenal under-18s to study the England forward

Jack Wilshere has insisted that Bukayo Saka ‘has special gifts’ as the forward prepares to start for England against Iran today .

The 21-year-old has seemingly been given the nod over Phil Foden to start up front with Raheem Sterling and Harry Kane for the game, a reward for his fine form at the start of the season.

In his latest column for The Sun, Wilshere praised Saka’s ability to ‘instinctively know what is right in any given situation’ and revealed that he tells his own Arsenal academy players to look up to the forward. 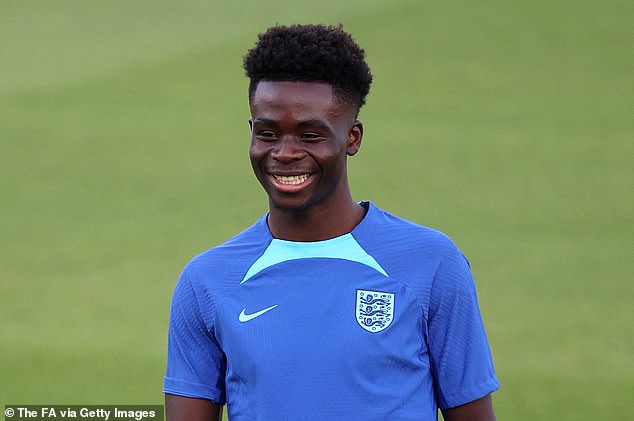 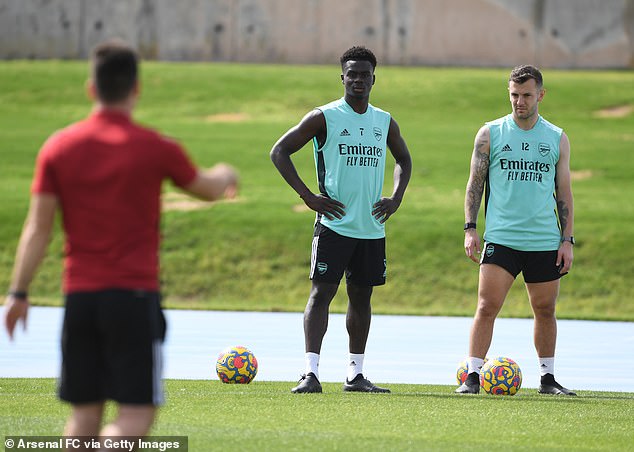 Wilshere (right), who coaches Arsenal’s under 18 side, praised Saka’s character and ability 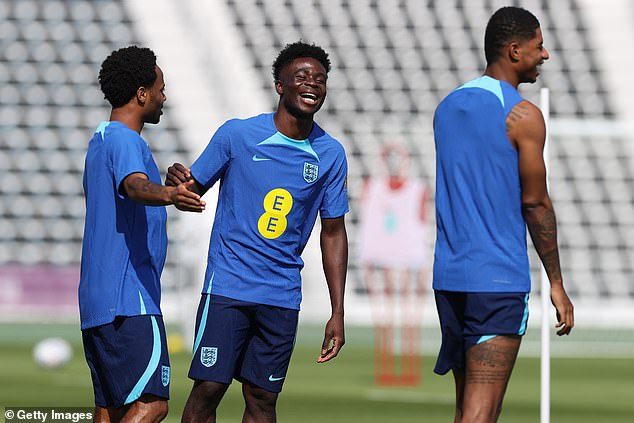 ‘What amazes me about him is he always makes the right decision, it’s incredible’, Wilshere said.

‘It is so rare for a young player – he’s only just turned 21 – to instinctively know what is right in any given situation. I stress with my Arsenal under-18 players to study him.

‘If the situation calls for a five-yard pass he’ll do it but if he has to beat someone he’ll do that too. Bukayo always gets it right, which is a skill itself.

‘His level of understanding is that he’ll know if he plays a certain pass, the free player will be there. He won’t try and force it.’

Saka has scored four goals and notched six assists so far this season, and has been a mainstay in an Arsenal side five points clear at the top of the Premier League. 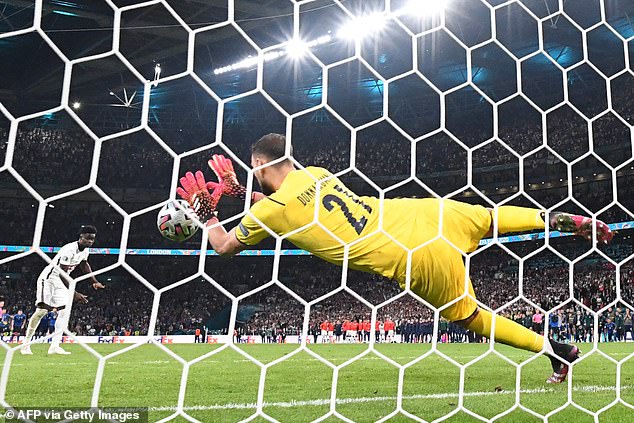 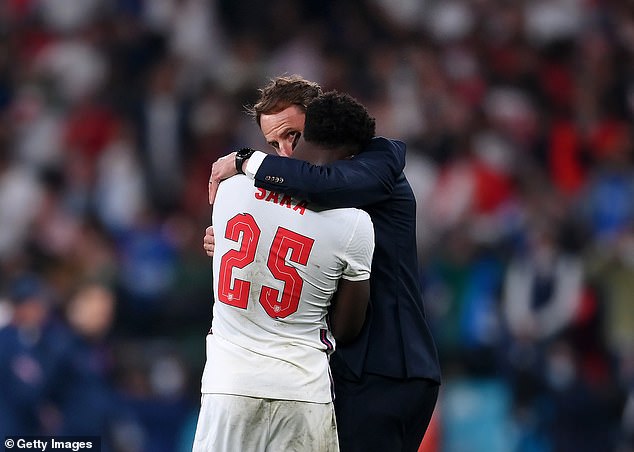 Wilshere also insisted that Saka will step up to take another penalty for England if required during the tournament.

Saka was one of the three players that missed from the spot for Gareth Southgate’s side in the Euro 2020 final against Italy after being promoted to take the crucial fifth kick of the shootout.

Wilshere, who was in the Arsenal first team when Saka was in the academy and now coaches the Gunners’ under 18 side, said Saka ‘won’t be bothered at all by what happened before’, and praised the Arsenal man’s attitude and personality ahead of the start of England’s World Cup campaign. 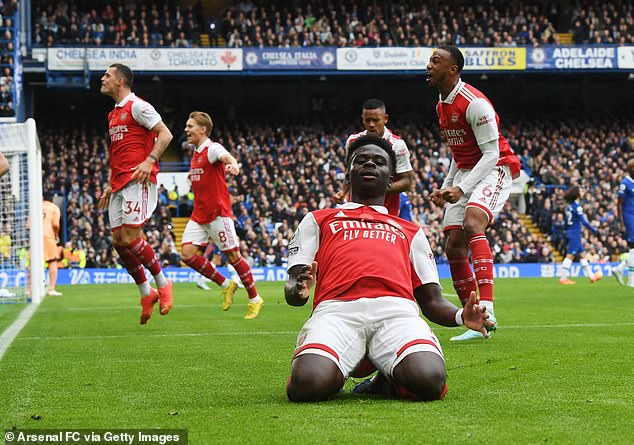 The 21-year-old has been in fine form for Arsenal this season, scoring four Premier League goals and notching six assists

‘In the Euros last year, Gareth Southgate trusted him’, Wilshere said. ‘He missed that crucial penalty in the final but bounced back and now he’s Arsenal’s penalty taker.

‘I’m sure if there’s another penalty shootout he will step up. He won’t be bothered at all by what happened before.

‘He is the most humble kid – not one of those big-time types – who will come over and watch my U-18s and talk to them.

‘In the training ground restaurant, he’ll be over to chat and shake everyone’s hand.