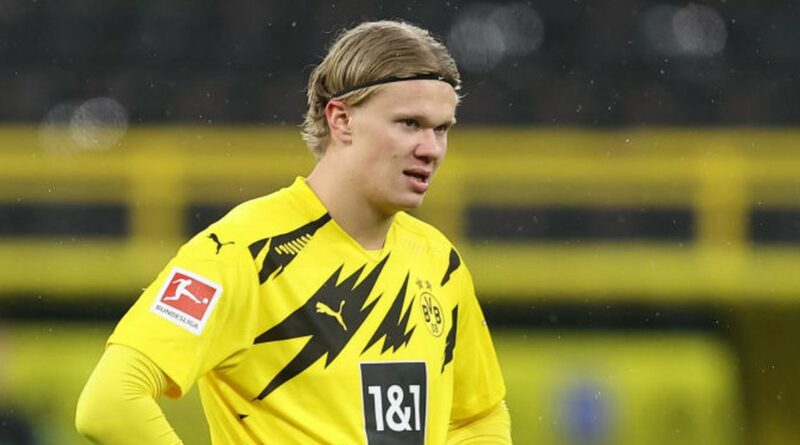 Manchester United could reportedly be hindered in their pursuit of Borussia Dortmund star Erling Haaland due to a clause for team-mate Jadon Sancho.

The Red Devils have been linked with both stars in recent seasons and grew frustrated over their pursuit of Sancho during the summer.

Now it appears that Haaland is their top target having been keen in signing the Norwegian while he was at RB Salzburg.

Though Manchester City are also keen, and reportedly hope to use a Sancho sell-on clause to beat their local rivals.

The Sun claim City believe the 15 per cent sell-on clause they have on Sancho could work in their favour.

It’s reported that Pep Guardiola’s side could agree to waiver or renegotiate that in order to gain an advantage over other clubs pursuing Haaland.

With Dortmund valuing Sancho at around £120m, the 15 per cent sell-on could be worth as much as £18m to the Bundesliga giants.

City are believed to be waiting to hear if Haaland is available this summer, though he can leave in 2022 for a fixed buyout clause of £65m.

Haaland only headed to Dortmund last January though has impressed at just 20 years of age.

On his future, father Alf-Inge Haaland, who played for City, said: "Now he is happy at Dortmund, but Erling loves challenges and in football you never know. We will see.”

While Dortmund sporting director Michael Zorc added: “We plan for the long term with Erling. “[Rumours] do not have to be dealt with at all.

“I will see him with us for a long time.

“You don’t have to ground him at all. He exudes such a positive dynamic. Why should we slow it down now?

“He is leading the way, that is very good for us. I do not believe in artificially slowing positive developments.”