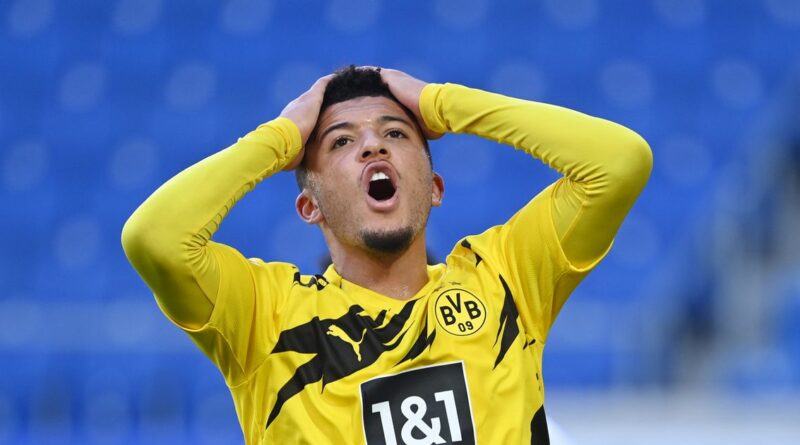 Borussia Dortmund chief Hans-Joachim Watzke has conceded Jadon Sancho may have prepared himself for a transfer in the summer prior to his proposed Man Utd move collapsing.

The 20-year-old winger looked set to head to Old Trafford in the off season, but United failed to meet Dortmund's asking price after months of negotiation.

Sancho's form at the start of this season was then below the standard usually expected of him, which it was speculated was due to the uncertainty over his future.

And Watzke has admitted the discussions with United likely had an impact on the youngster's mindset.

"Maybe Jadon had subconsciously prepared for a move a bit," Watzke told Kicker. "I believe he at least thought about it that much that he lost a bit of his ease, but for weeks now I found him trying very hard."

After initially struggling to find the back of the net, Sancho has now racked up five goals in 19 appearances for Dortmund this season, two of which have come in his last two matches.

United appear to have gone cold on a potential deal for the England ace, instead focusing their future efforts on his Dortmund teammate Erling Haaland.

The Red Devils already have promising talent Amad Diallo arriving in January – a right-winger by trade who has seemingly thwarted any hopes Sancho had of signing for United.

But Watzke still feels Sancho is a force to be reckoned with in spite of his dip in form.

"I think he needs two, three goals and this could boost his form straight away. He still is one of the greatest talents there is."

The Sancho deal fell through in the summer as United refused to pay Dortmund's asking price of £108million.

Should United revive their interest in Sancho next summer? Have your say below.

Instead United submitted several bids below that value long after Dortmund's deadline to seal a deal had passed.

And it appears United tried to get round their financial constraints by tailoring an offer structured with smaller payments rather than a straight cash deal.

Watzke added: "It was signalled that the fee would be paid in installments over several years. It was all a theoretic discussion from then on."