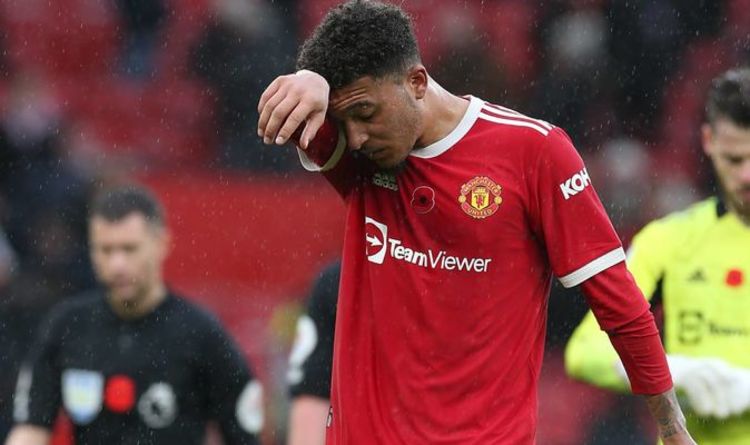 Jadon Sancho has been told he does not suit the Manchester United style under Ole Gunnar Solskjaer. Liverpool were also interested in the England international prior to his £73m transfer from Borussia Dortmund in the summer window.

United star Sancho has been told he does not suit his club’s style in a damning verdict from Jonathan Woodgate.

The former defender believes the Englishman would have been better off joining Liverpool instead, where Jurgen Klopp’s tactics would have benefited him.

It comes after a turgid start to life at Old Trafford where the £73million man has failed to make any impression in his first few months.

While joining the Premier League from the Bundesliga is a tough ask, Sancho’s form has become a concern of Solskjaer’s.

In 13 appearances, the 21-year-old is yet to register a single goal or assist.

Considering United have been chasing the youngster for nearly three years, it is a damning indictment of the wider problems at Old Trafford.

Speaking exclusively to Ladbrokes at its launch of the 5-A-Side Bet on Tottenham v Leeds, Woodgate said: “Things haven’t gone exactly according to plan for Sancho since he signed for Man United this summer, and I put it down to the style of play; it doesn’t suit him.

“If United replicated Dortmund’s approach then it would be a different ball game altogether, but Man United don’t play that way; they don’t play the sort of football Sancho is used to.

“Jadon Sancho is an extraordinary talent; if you play to his strengths, then he’ll come good. There’s no doubt in my mind that he’ll come good again.

“Put him in the Liverpool team, and he’d be a completely different player, I’m sure.”

United have had a rough period of form across the board, not just Sancho, with Solskjaer under major pressure.

After accumulating just four points over six Premier League games, there are reports of unease in the United camp but Woodgate reckons they just need one more player.

He added: “Man United need someone in the middle of the park to control the game; that’s what’s letting them down at the moment.

“Everything else is in place; they’ve got some exceptional players across the rest of the pitch, but they’re just lacking that character in the middle of the park.”