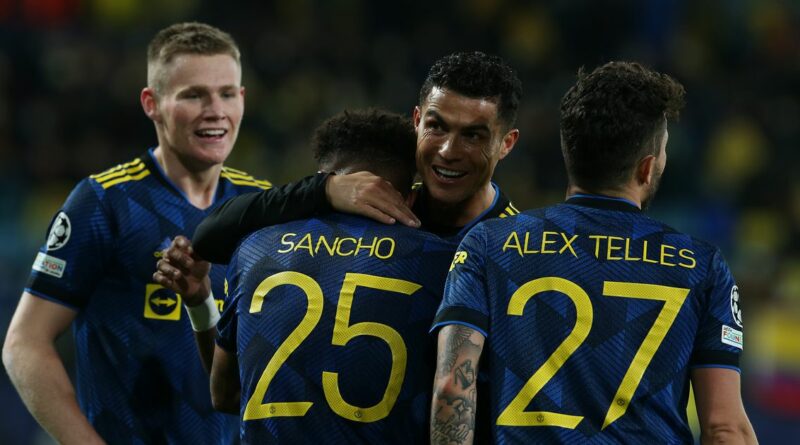 Edinson Cavani has described how the Manchester United squad were delighted to see Jadon Sancho end his goal drought, after acknowledging the winger had been through a “tough period”.

The 21-year-old arrived at Old Trafford with a big reputation after making a £73million move from Borussia Dortmund, having been courted by Man United’s transfer chiefs for the best part of 18 months.

Sancho developed into one of Europe’s most creative attackers during his time in the Bundesliga, scoring 50 goals in 173 appearances for Dortmund.

But the former Man City trainee has endured a difficult start to his Red Devils career after struggling to make an impact under Ole Gunnar Solskjaer.

Sancho had failed to register a goal or assist in any of his first 13 appearances for the United and was dropped to the bench in favour of Mason Greenwood in recent weeks.

But following Solskjaer’s sacking on November 21, Sancho was recalled to the starting XI by caretaker boss Michael Carrick and rewarded his faith with his first goal for the club against Villarreal in the Champions League.

He also found the net in the 1-1 draw against Chelsea at Stamford Bridge on Sunday, showing remarkable composure when one-on-one to slide his effort past goalkeeper Edouard Mendy.

And Cavani, 34, has backed Sancho to bring success to the club after hinting the winger had struggled under the burden of demands placed upon him following his high-profile move.

"We are all really happy for him scoring his first goal. I think it’s been quite a tough period for him, but football is like that,” Cavani told the club’s official website.

How many goals will Jadon Sancho score for Manchester United this season? Comment below.

“When you get to a certain level of the game, I think that people are always full of expectation and there’s always a lot of chat and questions being asked about players.

"I think he just needs to keep demonstrating everything he has shown us up to now and keep working calmly and with a clear head. Because often, the only thing that can make you enjoy success and able to keep your standards high and the rest of it, is the peace of mind that hard work gives you.

"And the perseverance and discipline to be up there. That’s the only way to keep a cool head when perhaps things aren’t quite going for you.

“So, here’s hoping he can do even greater things for the club, and I personally wish him every success and hope he can go on to achieve lots more in his career and for Manchester United.”

As an experienced striker, Cavani knows what a run without a goal can do to a footballer, although his record of 17 goals in his debut season in England suggested otherwise.

When asked how Sancho's goal to break his duck can help him at Man United, the Uruguayan pointed to the youngster’s dedication and "inner strength" on the training ground as a factor in his improved form.

"I reckon that one of the things that scoring goals can give you, a lot of the time, is the sense of assurance and peace of mind to keep on working and training hard,” he added.

"I think, a lot of the time in football, you have to have an extra inner strength about you, which is to be able to keep going when on many occasions we don’t get on the scoresheet.

"And being able to always keep your spirits up and maintain that same dedication and hard work, while keeping your fitness levels high."

It remains to be seen where Sancho and Cavani will fit into the plans of new interim boss Ralf Rangnick, who was appointed on Monday until the end of the season.

But the 63-year-old is thought to be attending as a spectator to take in United’s crunch clash against Arsenal at Old Trafford on Thursday night, giving the pair a chance to impress in front of the German.

Man Utd player ratings vs Brighton: Rashford and Fernandes get eights as Pogba gets a five