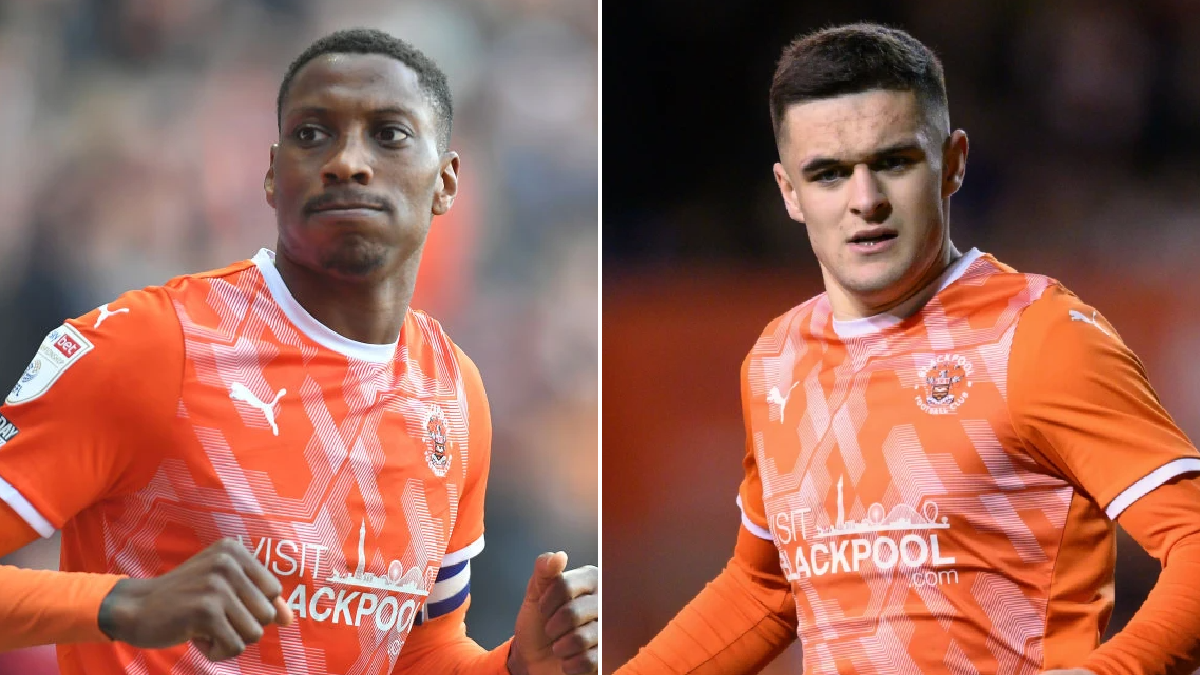 Jake Daniels has defended his Blackpool teammate Marvin Ekpiteta after he deleted a series of historic homophobic posts on his Twitter account.

Daniels, 17, has received widespread support after he revealed he was gay on Monday, becoming the only current male professional footballer in the UK to do so.

On that same day, Blackpool defender Ekpiteta deleted several homophobic posts which were made several years ago.

In 2013, Ekpiteta wrote that it was ‘disgusting’ and ‘ridiculous’ that TV soap Hollyoaks had five gay characters.

That same year, Ekpiteta used three clapping emojis in response to a post which announced that Nigeria had outlawed gay marriage.

Ekpiteta issued an apology for his posts on Twitter and stressed that he has since ‘developed and grown as a person’.

And now Daniels, who made his professional debut for Blackpool earlier this month, has backed Ekpiteta’s response.

‘What you said ten years ago at 17 years old doesn’t define the man you are today,’ Daniels wrote in response to Ekpiteta’s apology on Twitter.

‘I am proud to be your teammate and to be part of the Blackpool family – we are all moving football forwards together.’

In his apology, Ekpiteta wrote: ‘Today, social media posts I made in 2012 and 2013 have been highlighted,’ the defender said in a statement on Twitter.

‘I want to wholeheartedly apologise for the offensive and completely inappropriate language I used, and for the sentiments I expressed.

‘As a footballer, and in the years spent in work, before I became a professional player, I’ve been fortunate to have worked with a wide and diverse range of people. Throughout this period, I have developed and grown as a person.

‘Yesterday, I was proud of Jake and all involved at Blackpool FC for what is a hugely positive moment for football as a whole.

‘I am embarrassed by the comments I made as a 17-year-old, nearly a decade ago, which do not in any way reflect the values I hold now or the beliefs I have as a person or as a team-mate.

‘Football needs to be a place where everyone can feel free to be true to themselves, and I am upset that the comments I previously made suggest otherwise.

‘I take full responsibility for these posts, and I am sorry.’