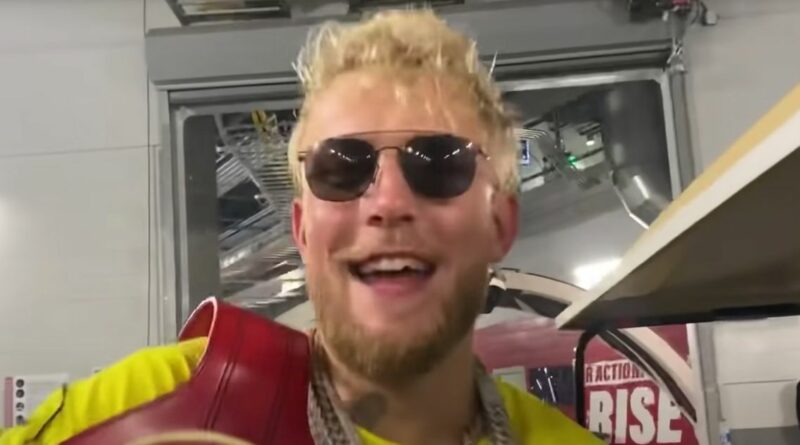 Paul appeared to accept Fury's challenge after knocking out Ben Askren within 60 seconds to land his third professional win.

But he attached a pretty condition to his acceptance – saying he'll meet his rival in the ring if older brother Tyson Fury agrees to fight Michael Hunter on the same card.

Hunter is set to fight Filip Hrgovic for the right to become the mandatory IBF challenger.

The IBF belt is of course held by Anthony Joshua – who is due to face Tyson Fury twice this year in two huge all-British heavyweight unification fights.

That would rule out a clash between Tyson and Hunter until 2022 at the earliest – meaning Paul won't be fighting Tommy Fury any time soon if he sticks to his own conditions.

Tommy Fury's 5-0 pro record has raised eyebrows, with his opponents having been beaten a combined 174 times before they faced the Love Island runner-up in the ring.

But that record doesn't look being tested by Paul in the near future if their exchange over the weekend is taken at face value.

After 24-year-old Paul KO'd former wrestler Askren in the first round on Saturday, Tommy Fury tweeted: "I'm ready to give the people what they want."

"Tommy Fury vs me and Michael Hunter against Tyson Fury on the same night."

Paul then goaded his rival, claiming Tommy Fury's girlfriend Molly-Mae Hague had messaged him before entering the Love Island villa in 2019, where the two hit it off and began their relationship.

"Tommy is weak… and Tommy's girlfriend DM'd me before they went on that reality show," said Paul.

Fury, 21, has won by knockout in each of his last four bouts.

Premier League desire to bring back fans at ‘more substantial levels’ than 4,000