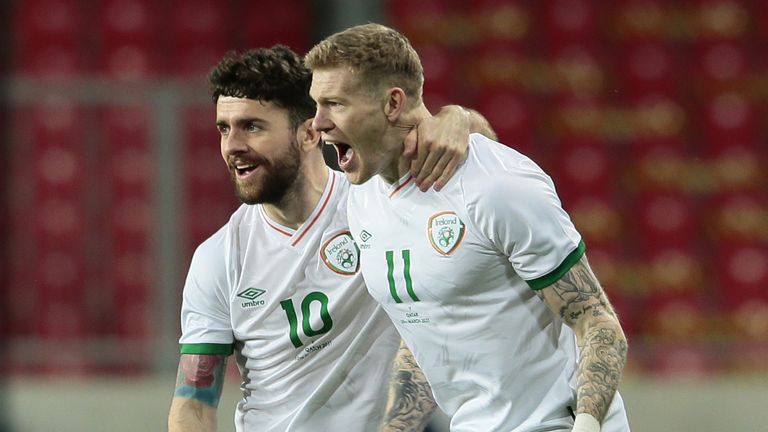 James McClean is convinced there are better times ahead for the Republic of Ireland after expressing his hurt over their World Cup misery at the hands of Luxembourg.

Boss Stephen Kenny and his players have found themselves under intense scrutiny since Saturday evening’s shock 1-0 home defeat to Luxembourg, which ensured their Group A qualifying campaign started with back-to-back defeats following a 3-2 reverse in Serbia three days earlier.

Kenny is still waiting for his first win since replacing Mick McCarthy at the helm after a 1-1 friendly draw with World Cup hosts Qatar in Debrecen on Tuesday night, but McClean, a veteran of the Euro 2012 and 2016 finals campaigns, remains confident in the manager’s blueprint for success.

The 31-year-old Stoke midfielder said: “First and foremost, I can tell you now wholeheartedly that it hurts us more than it hurts anyone because we’re the ones responsible and Saturday night, it was a real low, there’s no getting away from that.

“It hurt, it hurt a lot and we have to pick ourselves up. We have to live with that. Ultimately, we’re the ones on the pitch and it just wasn’t good enough from us as players.

“But since then, the attitude has been spot on. The captain said a few words, the manager spoke, as a group, we got ourselves together and we said, ‘Look, we have to live with that and we are the ones going forward that need to change that’.

“I thought (on Tuesday night) in large parts, we were very good. I think you can see what we’re trying to do. It was a very poor goal from us to concede, and they’re the things we need to cut out to be an even better team. 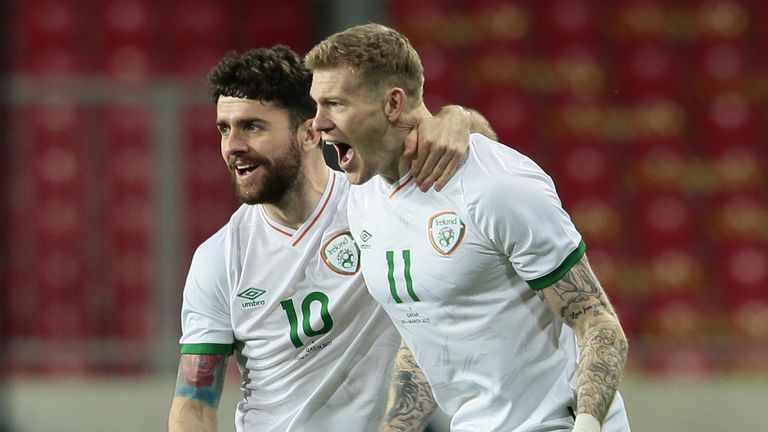 Kenny fielded a much-changed team in Hungary with experienced campaigners McClean, Shane Duffy and Robbie Brady, none of whom had started either of the qualifiers, among the beneficiaries.

He got his reward within four minutes when Daryl Horgan worked a short corner move with Brady and crossed for McClean, winning his 80th cap, to sweep a first-time shot past ‘keeper Saad Al Sheeb with the help of a deflection off defender Pedro.

Ultimately, however, the winger’s first international strike since his winner in Wales in October 2017 was enough only to claim a draw after Mohamed Muntari took advantage of passive defending to level two minutes into the second half.

Goals have been at a premium for Ireland for some time – McClean’s effort was just their fourth in Kenny’s 11 games to date – and he is hopeful that he will not have to wait as long to add to his tally of 11.

He said: “My last goal was the goal in Wales, so it’s been a bit of a while coming, but I think I’ve proven over the years that I can score goals for Ireland.

“Hopefully now that’s a little kick-start for me going forward to add a few more. The more players chipping in with goals, the better it is for the team, so hopefully that’s the first of a nice little spell.”

What can still be decided in the Premier League on the final day?