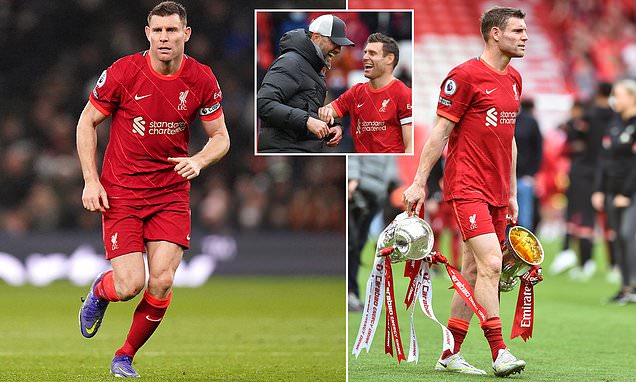 James Milner has resolved all doubts about his future by signing a new 12-month contract with Liverpool.

Milner’s longevity is remarkable. He made his Premier League debut for Leeds on November 10, 2002 and he will mark the 20th anniversary of that milestone as a key member of Jurgen Klopp’s squad.

Liverpool’s manager was a driving force behind the decision to ensure Milner was not lost to another Premier League rival – the former England international was not short of offers – or did not feel the need to pursue a new challenge overseas. 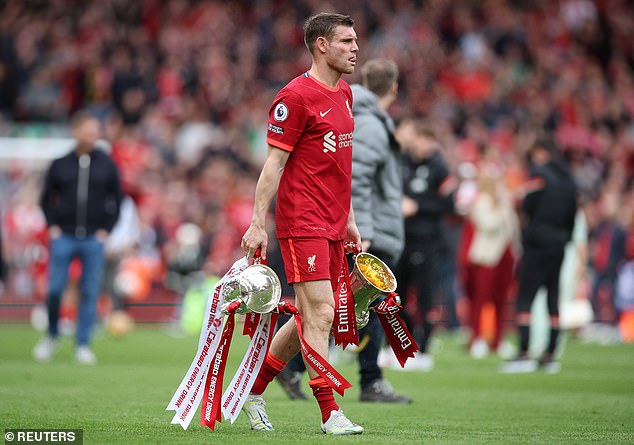 The terms of Milner’s new deal have been reduced but his importance within the squad should not be underestimated, as he made 39 appearances last season and scored in both the penalty shootouts that led his side to completing a domestic Cup double.

It is almost seven years to the day since Milner’s arrival at Anfield was announced, with then manager Brendan Rodgers a driving force in recruiting him from Manchester City after his contract there had expired.

The 36-year-old has gone on to prove himself arguably the best free transfer in Liverpool’s history, making 199 Premier League appearances so far and winning six major trophies including the domestic title and Champions League. 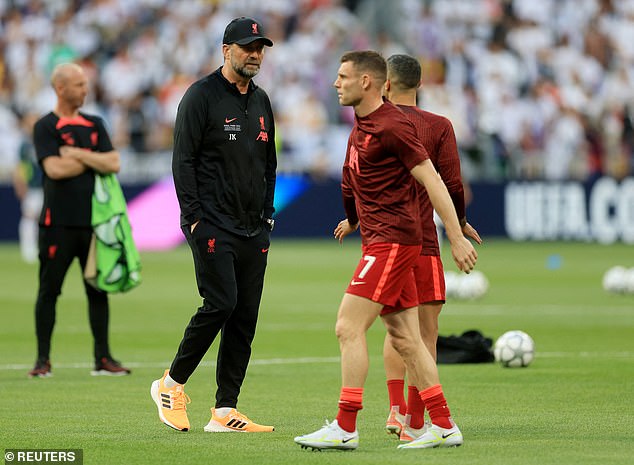 Speaking after the FA Cup final last month, Milner said: ‘ That’s why I came here. That was the hope, part of the drive. When I went to City they hadn’t won anything for a long

time and it was great to be part of that, the start of their success, winning leagues and cups.

‘Liverpool is an incredible club with incredible history, but it hadn’t been as successful for a while (when I joined) hadn’t won the Premier League, which was baffling. That was the aim. And if we could do that, win a Premier League her, that would be special. 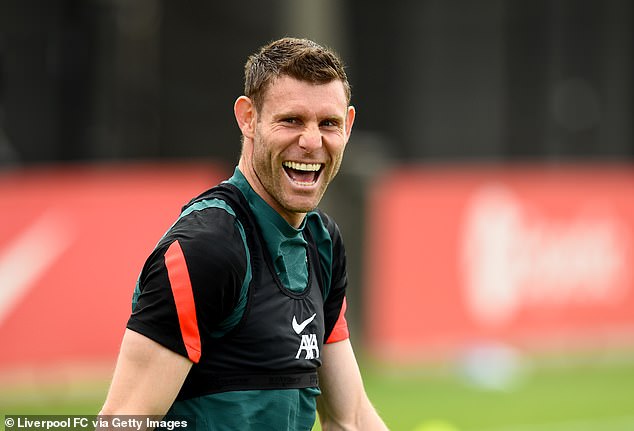 ‘It was a process – and the process has been incredible.’

Milner is most certainly part of Liverpool’s future but doubts continue over Sadio Mane, with Bayern Munich having made their first official approach.

The German club have had a £21million bid with add-ons rejected. It would take closer to £35million for Liverpool to take them seriously. 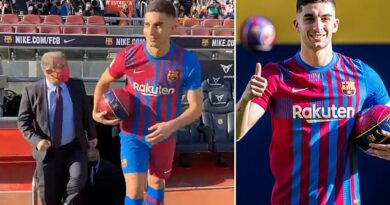 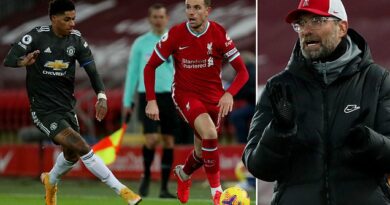