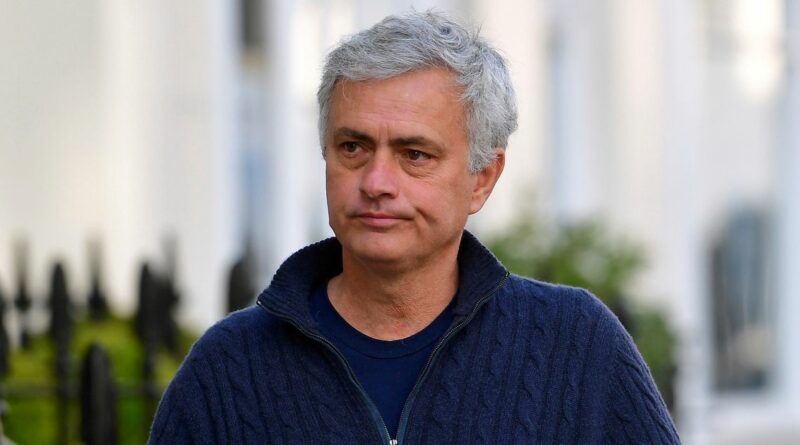 Jamie Carragher's stern warning to Jose Mourinho has already rung true just two weeks after the self-proclaimed 'Special One' was relieved of his duties as Tottenham manager.

Mourinho has been announced as the new boss of Serie A outfit Roma, commencing his role at the beginning of next season.

The Portuguese coach has already enjoyed one illustrious stint in Italy at the helm of Inter Milan, where he guided the side to become the only team in Italian history to win a treble, ending their 45-year drought for a Champions League title.

However, it looks to be curtains for Mourinho in the Premier League after now being sacked from his last three roles in English football at Chelsea, Manchester United and Tottenham respectively.

Pundit Jamie Carragher predicted as much in the wake of the news of Mourinho's Tottenham sacking on the following Monday Night Football, where the Liverpool icon said: "I don’t see Mourinho back in the Premier League, I do think that ship has sailed now.

"But would Jose go to a middle of the table club? I just don’t see Jose there, I really don’t." He went on to predict a return to Italy could be on the cards, something which has proved spot on with Mourinho's latest move now being unveiled.

Carragher added at the time: "I think it’s either international football and his record in one-off games and cup finals or maybe going back to the Italian league, where the Italian champions this year will be Inter Milan, with a manager, Conte, who plays his type of football.

“Maybe you can get away with it a little bit more in Italy, that type of football, because it was certainly a turn-off for Spurs supporters, how they played.”

Mourinho was placed on gardening leave by Spurs after his dismissal, meaning the club will continue to pay him until the end of his contract or until he gets a new job – which will begin at the start of next season.

Tiago Pinto, Roma’s General Manager, has already expressed his delight at Mourinho's impending arrival: "When José became available, we immediately jumped at the chance to speak with one of the greatest managers of all time.

"We were blown away by José’s desire to win and his passion for the game: no matter how many trophies he has won, his primary focus is always on the next one. He possesses the knowledge, experience and leadership to compete at all levels.

"We know that in order to build a successful sporting project it takes time, patience and the right people in the right positions. We are supremely confident that José will be the perfect coach for our project, for both our immediate and long-term future."

Mourinho did hint that he would not spend long out of management following his Spurs sacking, the two-time Champions League winner was asked by Sky Sports whether he would take a break and recharge his batteries, to which he quipped: "No need, no need for breaks and batteries."

Will Heung-Min Son step up for Tottenham again in Harry Kane’s absence?

Ole Gunnar Solskjaer shows once again that nothing is impossible