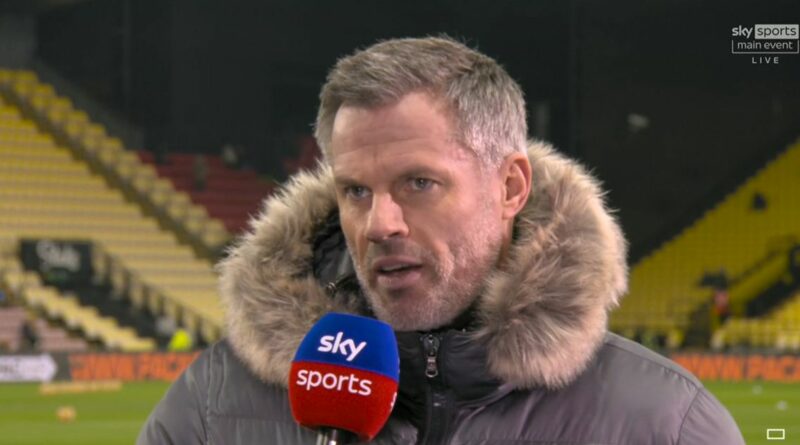 Jamie Carragher has offered a response to Steven Gerrard after his former Liverpool team-mate and current Aston Villa manager accused Gary Neville of "robbing" him of his best friend.

Carragher and former Manchester United skipper Neville have gone from fierce opponents to close colleagues thanks to their time on Sky Sports – to the 'fury' of the Gerrard.

While taking part in a Q&A session for Sky Sports, Gerrard said when asked who his most famous friend is: "Jamie Carragher – he’s flying. He’s smashing the punditry, was a top player, he’s on Gogglebox now.

"Everything that’s going, he’s doing so he’s probably my most famous friend now.

"Gary Neville’s new brother. People can’t get enough of him. He doesn’t even phone me anymore, doesn’t text me, nothing. I don’t even see him.

"Imagine Gary Neville robbing your mate! I’m going to have to improve my banter, aren’t I?”

Who would you most want to be pals with, Carragher, Gerrard or Neville? Tell us in the comments section

Carragher simply responded by sending a photo of him and Gerrard shaking hands during a recent interview – both with solemn looks on their faces.

Back in November, Carragher ruthlessly mocked Neville when asked if he would 'protect' Gerrard like the former right-back did for ex-United college Ole Gunnar Solskjaer.

When fellow pundit Micah Richards said: "I wonder if Jamie Carragher is gonna protect Gerrard like Gary Neville protects Solskjaer – but that's not my business."

Carragher replied: "They should keep him as they’ve tried Dean Smith & Steve Bruce before so they’re not going down that road again!"

One person who isn't mates with Carragher is Lionel Messi, who slid into his DM's earlier in the season.

Adding: "I will not be showing private messages but he basically called me a donkey."

Messi does NOT call the shots at Barcelona… but fans wish he did!