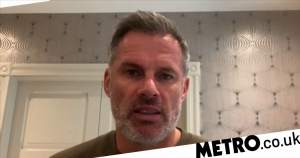 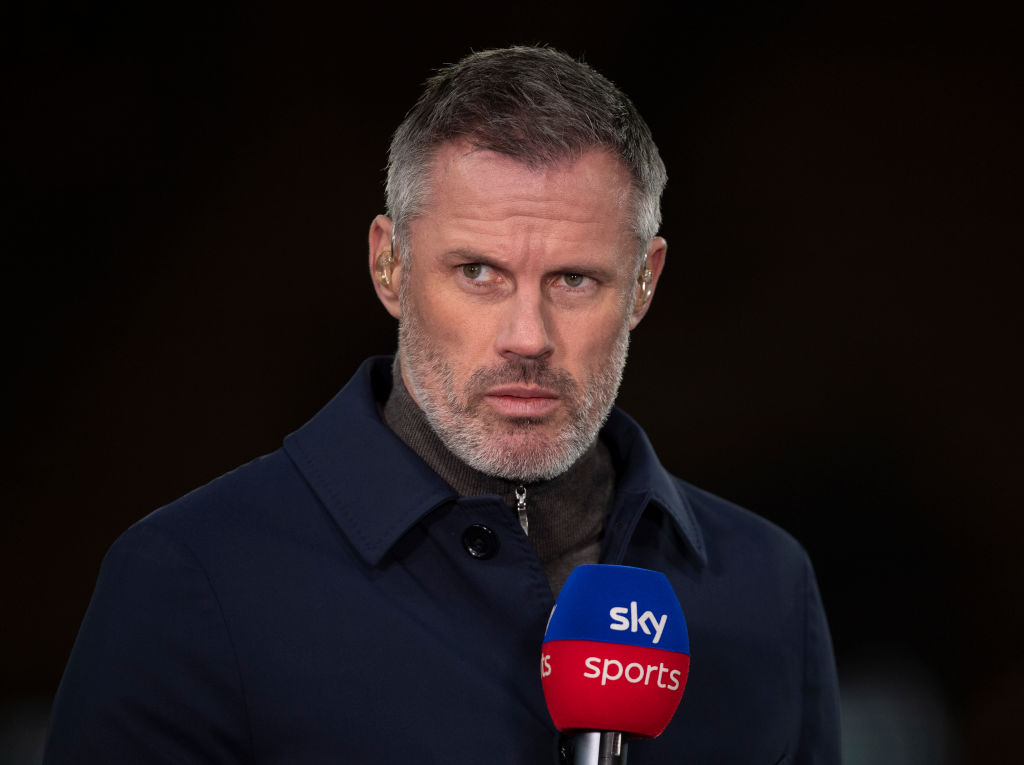 Jamie Carragher has revealed the ‘only way’ Manchester United can ‘hurt’ Arsenal ahead of the Premier League showdown at the Emirates.

United travel to north London on Sunday hoping to deny Arsenal any points for just the fourth time this season.

Arsenal’s brilliant form – they have won 15 of their 18 league games this season – has seen Mikel Arteta’s side move five points clear of Manchester City with a game in hand.

The Gunners’ only defeat came at the hands of Manchester United but Carragher believes there is only ‘one way’ Erik ten Hag’s side can trouble Arsenal this weekend.

United had won nine matches in a row before dropping two points at Crystal Palace earlier in the week but Carragher does not view the Red Devils as genuine title contenders.

Writing in a column for the Daily Telegraph, Carragher said: ‘Sunday’s outcome will tell us more about Arsenal’s chance of going the distance, not United’s.

‘United are improving, but they are not championship material yet. Erik ten Hag knows that.

‘”The fans may dream but we’re not,” he said when the gap was recently cut to six points. Ten Hag is not playing mind games.

‘He recognises how far United must go, and it will be more helpful to him if the understandable excitement at how far the team has developed in six months is balanced by realism that it will take longer than a season to create a side capable of lifting the title.

‘Ten Hag has done exactly what you would anticipate from a good and competent coach taking over a club of United’s stature. That is not meant to sound like damning with faint praise.

‘There is a lot more to admire about Ten Hag’s work than his immediate predecessors. The new manager will see his Old Trafford rebuild in phases. He is still at stage one.

‘His success so far has been based on imposing a new culture around the training ground, showing the players he is the boss to root out disruptive personalities, and organising the team so they are more resilient.

‘We are yet to see the Ten Hag blueprint from Ajax, which is all about domination of the ball. United’s best moments this season – the victories over Liverpool, Arsenal and Manchester City especially – were built on organised defence and counter-attack.

‘United played “underdog football” in those matches. Those results could have gone either way, but unlike last season United were competitive and found a way to use their assets to hurt the opponent – helped by the resurgence of Marcus Rashford – to make their own luck.

‘That is the only way they can hurt Arsenal at the Emirates, too. Ten Hag deserves admiration for seeing that and structuring the side accordingly. He has compromised his footballing vision to get the most out of the squad he has inherited.

‘Mikel Arteta did the same when he first took over at Arsenal, beating big teams in the FA Cup by soaking up pressure and hitting them on the break.’

Manchester United beat Arsenal 3-1 in the reverse fixture earlier in the season but will be without the suspended Casemiro at the Emirates.

The Gunners have no fresh injury concerns and expect new signing Leandro Trossard to be available following his move from Brighton.