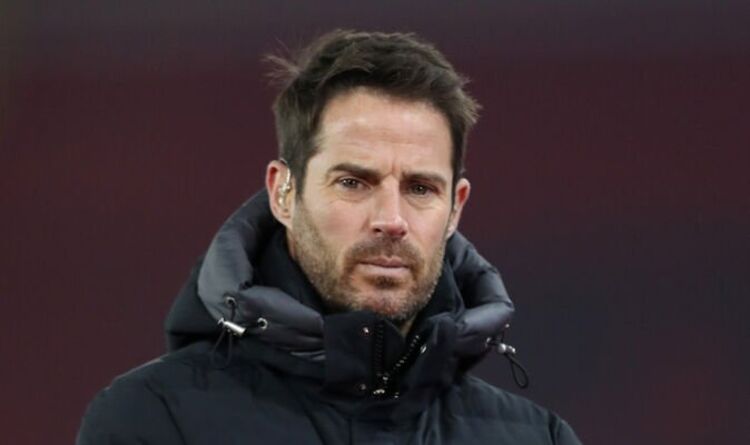 England train ahead of friendly against Switzerland

Liverpool and Tottenham hero Jamie Redknapp claims that there were too many cliques between Reds and Manchester United players during his time in the England squad. The former midfielder’s Three Lions career spanned from 1995 to 1999 when the Red Devils were the dominant Premier League force and Liverpool were among the chasing pack.

England host Switzerland at Wembley on Saturday afternoon in the first of two March international friendlies. Gareth Southgate and co are gearing up for a World Cup campaign later this year in which they will attempt to bounce back from a devastating penalty shootout defeat against Italy in last summer’s Euro 2020 final.

The mood has been buoyant in the England camp during Southgate’s tenure, whereas previous managers had endured run-ins with the press and teams of old had failed to gel as a group. Before kick-off, Redknapp was quick to point out that his former Three Lions team-mate had ironed out those creases during his time in the dugout by highlighting the nature of his own England experiences.

“I look now and they’re really together, you see the social media stuff that comes out, some of it is a load of rubbish, but some of it is really good and interesting. I see a really strong team unit. Gareth has created that.

“There’s no two ways about it, if you’re not winning you can’t create a good atmosphere, but he’s certainly done that. There’s been an element of luck in the draws we’ve had, we’ve had a kind run through, but you’ve got to take advantage of it.”

The current squad perhaps sees fewer opportunities for cliques to flourish as stars from a variety of clubs have been called up. Jordan Henderson is Liverpool’s only representative in the current crop chosen by Southgate, while Harry Maguire and Luke Shaw are the only pair flying the flag for United.

After facing Switzerland, England will have another chance to show fans what they are made of when they host Ivory Coast on Tuesday. Also speaking to Sky Sports, former Three Lions star Karen Carney believes that they should build on their recent tournament momentum and take that extra step.

“They’ve been going on the right path, they’ve been climbing the right direction for so long,” she said, “We’re all waiting for England to win that illustrious trophy now.

“They’ve got a fantastic squad, they’ve chopped and changed it, they’re in a fantastic position. The final is before Christmas, so for any players it actually suits them, cos they’ll be going into a tournament match fit and fresh, that’ll suit them.”