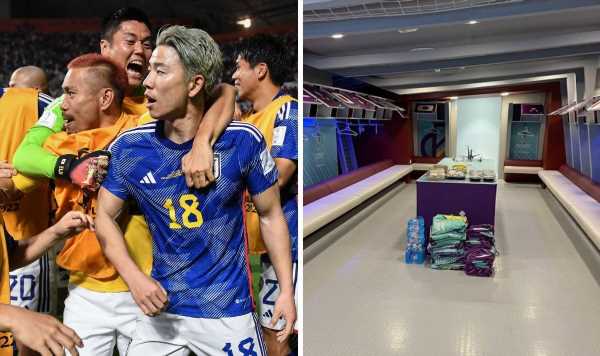 Japan’s players made sure to clean up after themselves following their stunning comeback win over Germany in their World Cup group stage opener on Wednesday afternoon, with a picture of their spotless dressing room having since gone viral on social media. A late winner from ex-Arsenal man Takuma Asano gave Japan a famous victory over the four-time world champions, who went ahead in the first half thanks to Ilkay Gundogan’s penalty but were unable to kill the game off and ended up paying a heavy price.

Germany had plenty of chances to extend their advantage as the clock ticked down but failed to do so and were eventually pegged back to level terms when Ritsu Doan fired home from close range with just 15 minutes remaining. Japan continued to test the German defence before Asano slammed the ball into the roof of the net from a tight angle to spark wild celebrations and rubber-stamp all three points for the underdogs.

Japan’s fans went on to gain plenty of praise after the final whistle at the Khalifa International Stadium, with many staying behind to clean up the stands in what is becoming a unique tradition for supporters of the Samurai Blue. Their players also followed suit after the post-match celebrations had died down by ensuring that no trace of their presence was left in their dressing room, save for a handful of origami decorations that were left on a table in the middle of the floor.

A picture of Japan’s pristine dressing room went viral in the aftermath of the game and it would not be a surprise to see further post-match clean-ups throughout the rest of their time at the tournament, with their players and fans having gained a welcome reputation for picking up their rubbish since the last World Cup in 2018. Danno, a Japanese fan, told Al Jazeera that he does not understand the fanfare from other supporters over the gesture as he explained that it is simply part of their culture to leave things as they were found.

JUST IN: England accused of ‘folding’ their principles over LGBTQ rights

“What you think is special is actually nothing unusual for us,” he said. “When we use the toilet, we clean it ourselves. When we leave a room, we make sure it’s tidy. That’s the custom. We can’t leave a place without making it clean. It’s a part of our education, everyday learning.”

Even a defeat is unlikely to stop the Japanese fans and players from cleaning up after themselves, with supporters quickly getting to work in the stands after their World Cup exit at the hands of Belgium in Russia four years ago. It seems as though spectators can expect to be treated to more of the same over the coming weeks if Japan manage to make it through the group stages, with Hajime Moriyasu’s side in a good position to progress as a result of their historic win on Wednesday.

An early elimination could potentially be on the cards for Germany, though, if they fail to respond well after losing their opening game at a World Cup for the second time in as many tournaments. They will face Spain on Sunday knowing that a win will be required to avoid putting themselves on the brink of an embarrassing group stage exit, while they will go up against Costa Rica in their last outing before the knockout rounds begin next Thursday.

It remains to be seen whether Hansi Flick will be able to turn his team’s fortunes around over their next two matches in order to progress in the World Cup, with Germany likely to have beaten Japan on another day given the number of clear-cut chances they missed in the second half. It will be crucial for them to take something from their meeting with Spain at the next time of asking, but it could be a difficult task for the Germans to claim all three points after watching their Spanish rivals batter Costa Rica in a relentless 7-0 rout on Wednesday evening. 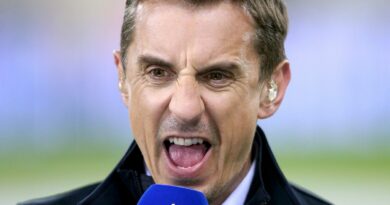 Burnley vs Manchester United live stream: How to watch Premier League fixture online and on TV