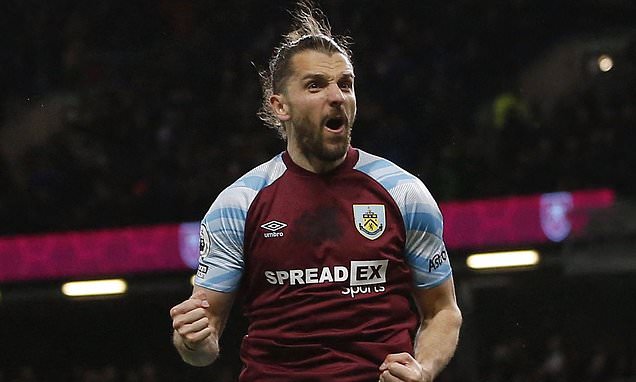 The Clarets came back from 2-1 down at half-time to beat Frank Lampard’s Everton and give their survival hopes a major boost. 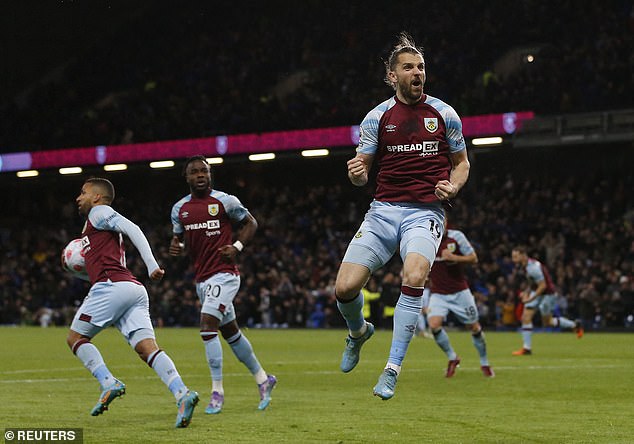 But Rodriguez equalised and then defensive errors from Jordan Pickford and Ben Godfrey contributed to Maxwel Cornet’s dramatic late winner.

‘This is massive, we know that, we know Everton are in the same position,’ Rodriguez said.

‘This is a big game for momentum but we’ve got a tough game to play against Norwich. They’ve got a great manager and great players. ‘But this is all about us, we’ve got to continue to play how we did in the second half. It’s about the momentum, but (it was) a special night tonight.

‘We have to win every game now. It’s important for us to be on a winning run, we can’t take anything for granted.’

Cornet added: ‘It was a good game for us. I just tried to do my best (for my) team-mates and the club. We know we need to win every game until the end of the season and it starts with this.’ 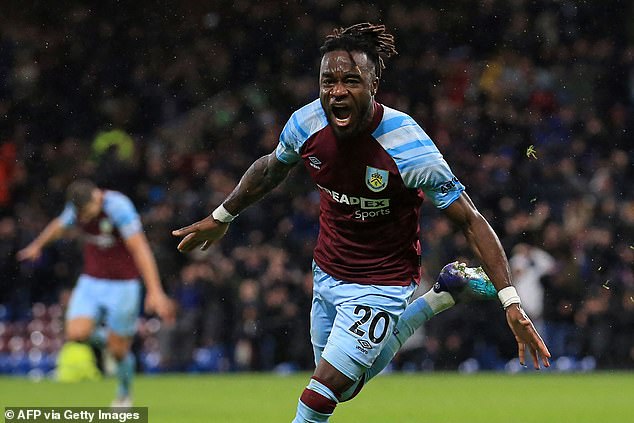 The defeat leaves Everton just one point clear of the drop zone in 17th, with Leeds five points clear of them having played two games more. The Toffees are now very much in danger of a first season out of the top flight for 68 years.

Burnley are in 18th and now just a point behind Everton having played the same number of games. They also have a superior goal difference to the Merseyside club.

Sean Dyche said: ‘It was a very important win. The reaction from us in the second half was very pleasing.

‘We had to get back to the basics. I know what it’s like down there. I said to them at half-time that I’m not sure Everton know how to win a game away from home.’

Lampard said: ‘They have to keep going. If we didn’t know we were in a fight before, they certainly do now. It doesn’t feel nice tonight.’ 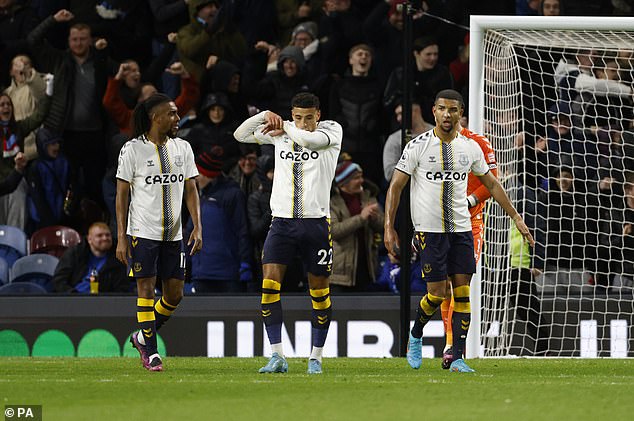 Everton now find themselves just one point above the relegation zone, and opponents Burnley