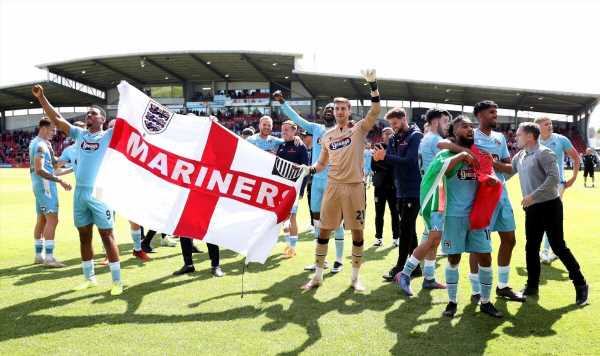 Jeff Stelling has hit out at the National League for bumping ticket prices up to upwards of £40 for adult fans and £20 for children – claiming that fans have been treated ‘shamefully’ for their teams being successful.

Fans of Grimsby and Solihull Moors will travel all the way down to West Ham’s London Stadium to watch their teams fight for a place in the Football League on Sunday, with plenty of tickets expected to be sold for the clash. With the journey for Grimsby fans being a total of at least three hours, costs are expected to be high on the day for both sets of fans to get down to the nation’s capital.

And after ticket prices were set at £40 for the day, Sky pundit Stelling vented his anger on Twitter at the costs incurred – raging at the lack of transparency between the governing body and fans. “40 quid plus for National League play off final tickets, 20 for kids,” Stelling ranted on Twitter.

“Don’t we want people to support their local teams? They already have to pay for travel from Solihull and Grimsby to East London. These fans are the bedrock of football and yet treated shamefully.”

It is not the first time the final has been shrouded in controversy, with the venue only being chosen with two games left of the season. Of the six teams in the play-offs, the furthest south is Solihull who are located in the greater Birmingham region – meaning clubs were vying for a venue in the north of England to cut down on travel time and costs in order to bring more fans into the ground.

Yet National League chiefs were proud of their decision to host the tie in east London. “We are delighted to be working with London Stadium as our partner for this season’s finale,” a statement read.

“Whilst we don’t know who will get to the Promotion Final yet, what we can now promise is a stadium worthy of hosting such a huge game.” Grimsby progressed to the final in the most dramatic of circumstances after beating favourites Wrexham 5-4 away from home after extra-time, with the winner coming in the 119th minute.

Solihull, meanwhile, advanced after beating a hapless Chesterfield side 3-1 at home. The Moors have never been a part of the Football League, and only formed 15 years ago as a merger of Moor Green and Solihull Borough.

Grimsby, however, have spent 12 years in the top-flight since their formation in 1878, although their last outing in the first division was in 1948. They will look for a first-time return to League Two after being relegated last season. 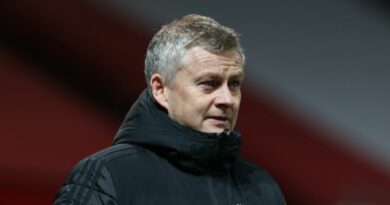