Home » Soccer » JERMAINE JENAS: Luka Modric was the best midfielder I ever played with

JERMAINE JENAS: Luka Modric was the best midfielder I ever played with… he found angles on the pitch I didn’t even know existed and was the first person I saw who played the game a completely different way

Luka Modric sees the game differently. He was the best midfielder I ever played with. He made me realise how differently midfielders in England had been brought up and why we failed so often in major tournaments.

We were one-dimensional. Everything was in straight lines. Modric found angles on the pitch that I didn’t even know existed. I would watch him drift into positions on the pitch and wonder, ‘Why on earth are you going over there?’

Before I realised what had happened, bang, bang, bang, he had the ball in a dangerous attacking position. He was only at right back a minute ago. He was the first person I saw who played the game a completely different way. 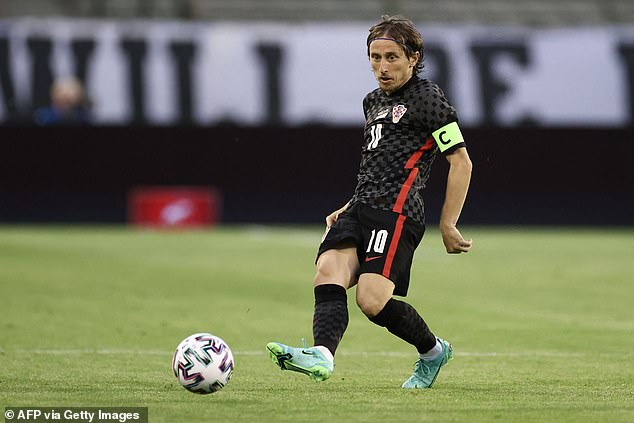 Luka Modric sees the game differently, he was the best midfielder I ever played with 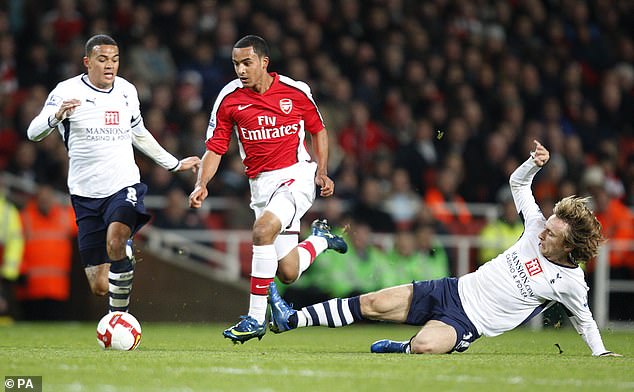 He (right) was the first person I (left) saw who played the game a completely different way, and he never shied away from the scrap either

The bigger the game, the tougher the scenario, he always figured out the answers. He never shied away from the scrap either.

I remember we played a League Cup game at Newcastle. I was an experienced member of the dressing room. By the time he came on in the second half we were 2-0 up and just knocking the ball around. Suddenly he just snapped. ‘Give it to me quicker,’ he barked at me. I thought, ‘Ooh, this is a bit different. I’ve not seen his before.’

After the game he came into the dressing room and told me I needed to stop moving the ball so slowly. No one talked to me like that! I remember thinking this guy is special, he’s got another side to him. He’s not just a good player, he’s got that bite too. 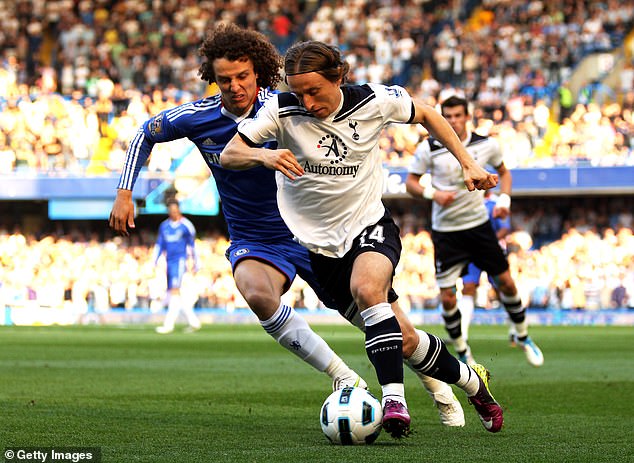 Spurs blocked his move to Chelsea in 2011. He had his heart set on going to Stamford Bridge.

I remember when Spurs blocked his move to Chelsea in 2011. He had his heart set on going to Stamford Bridge. He came in after the summer and was fuming. But the level of performance he put in the next season was out of this world.

To have been denied your move and to react in the way he did was incredible. I just watched him thinking, ‘You are on another level’. Every day in training, every game… the way he manipulated the ball, the way he solved the puzzle.

We had all watched him in that game at Wembley when Croatia beat England and we failed to qualify for the Euros. That was in 2007. Now he’s about to walk out for his country at Wembley in 2021. That is remarkable. We haven’t got anything like that. 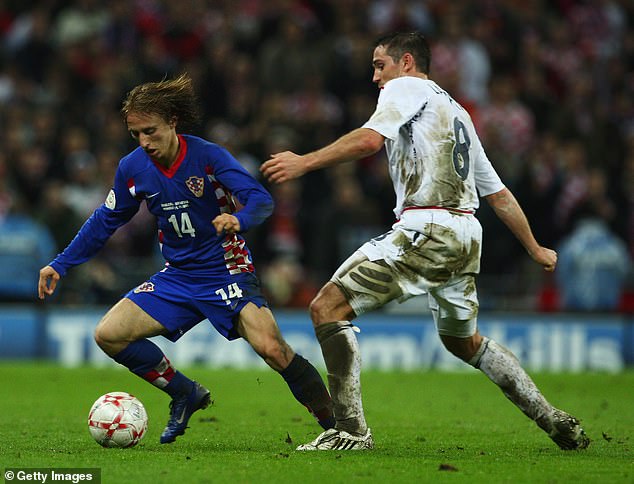 There’s no doubt that Luka has lost something over the years. But England would be fools to think he’s not still a special player. He’s never been the quickest but his speed was always in his mind and the first five yards.

England have to stop him dictating the game. The midfield always wins the game and I have concerns about England’s.

Croatia have the potential to dominate the ball. They won’t be the most expansive but can cause problems. They will go into this game and tell England that the pressure is all on them. They will keep the ball, knowing the fans might turn. This is where Gareth Southgate’s side need to be smart and not get lured into chasing the game.

It’s just that Croatia have so much experience. That midfield three of Modric, Mateo Kovacic and Marcelo Brozovic have 264 caps between them. The fewest in there is Brozovic on 59. Our most-capped player is Raheem Sterling on 61. 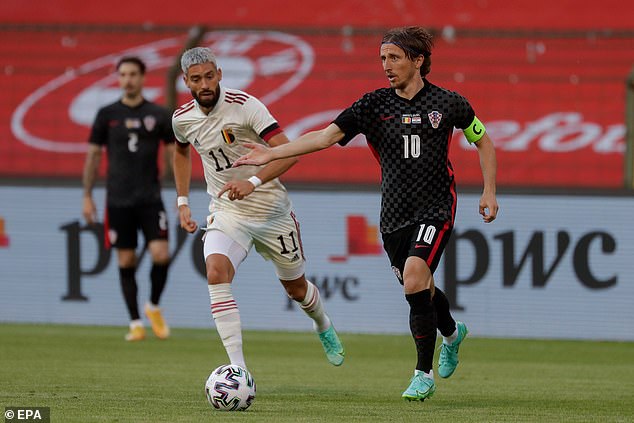 This is where England have been at a disadvantage for years. We go into so many tournaments not knowing how we will play a game of football. Even now, there’s still some uncertainty. Last time we played a tournament it was a back three. Now it might be a four, it might be a three.

That Croatia midfield has been the same for the best part of 10 years. We have this obsessive nature to change, change, change. Our turnover of players means it is difficult to find rhythm.

We have some top players but lots haven’t ever touched a shirt at a major tournament. It is not that long ago that Kalvin Phillips was in the Championship. Declan Rice is a fantastic player but, with all due respect, is at West Ham and has never been anywhere near a Champions League game. Mason Mount is the jewel of our midfield but even he has only 16 caps.

That midfield battle is going to be a tough one to win. We all need to be patient, get behind the team and understand it could be a difficult and slow start. 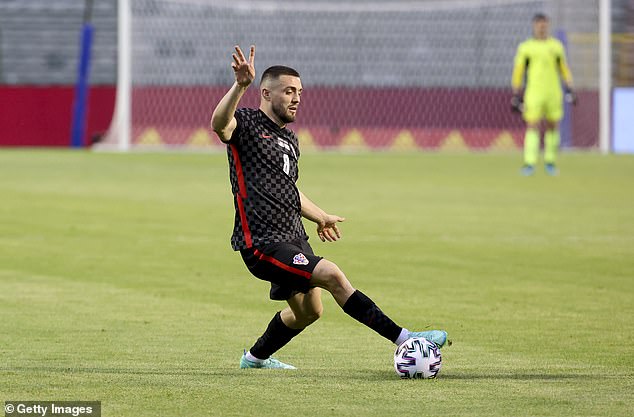 I remember the eve of my first major tournament at the World Cup in 2006. I was in a similar position to Jordan Henderson. I was coming back from an injury towards the back end of the season. By the time I got to Germany I realised I was nowhere near where I needed to be. That impacted on my confidence and it was tough.

There is a lot of nervous energy around at your first tournament. You do a lot of taking in the occasion. For these lads, they will be playing at Wembley so they will be able to feel and see the passion.

Heading into the unknown can work both ways. Look at what Michael Owen did in 1998, what Wayne Rooney did in 2004. I look at our team that went to the World Cup in 2006. Aaron Lennon looked electric and he was 19. Others, the tournament seemed to consume.

We have had that for a number of years. What this group has had is time together on and off the pitch. The conversations between the new lads and the experienced guys will be better. Gareth knows what it’s like too. He’ll speak to the players and make sure they are ready. 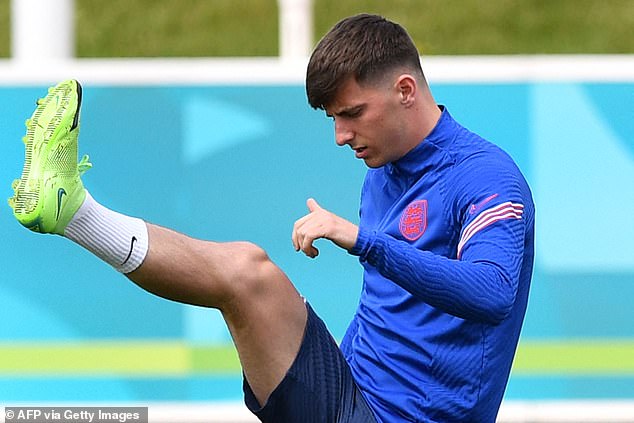