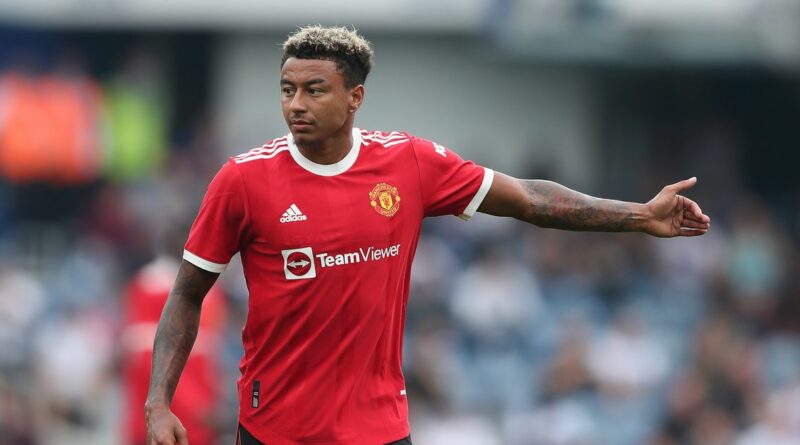 Manchester United forward Jesse Lingard has 'rejected' a new contract due to concerns over his playing time.

The 28-year-old's position with the Red Devils has been speculated over recent weeks, having returned from a successful loan spell at West Ham.

But he has only played four minutes for the Old Trafford side this season, coming on for four minutes of the 1-1 draw against Southampton.

And The Times have reported that Lingard has now made his stance clear to United.

The forward has 'rejected' the offer of a new contract and is 'ready to run down' his current deal, which has less than 12 months remaining.

He is willing, though, to listen to the club as long as he is in manager Ole Gunnar Solskjaer's 'future first-team plans'.

But the report states that his chances of this have been 'further weakened' due to the return of United's iconic No.7 Cristiano Ronaldo.

It marks a strong response following a summer where the 28-year-old was linked with an exit from the club he has been on the books at for 21 years.

Do you think Jesse Lingard should leave Manchester United? Let us know in the comments section.

Lingard was loaned out to West Ham in January, where the forward scored nine goals and made five assists for the Hammers.

And it saw David Moyes push for a cut-price £15m permanent move on Deadline Day, which failed to transpire.

But it seems the Premier League side's efforts were always in vain as the forward was never looking for an exit at the time.

90min reported last month that West Ham did not make a concrete approach for Lingard this summer despite his stunning form on loan for them last season.

They state that this was down to the 28-year-old informing the club that he was not interested in a permanent move to the Hammers, having personally told chairman David Sullivan of his decision.

This came after West Ham had made an initial enquiry to Manchester United with regards to Lingard's availability this summer but they chose not to follow up this interest with a bid.

Bale admits he is far more excited to play for Wales