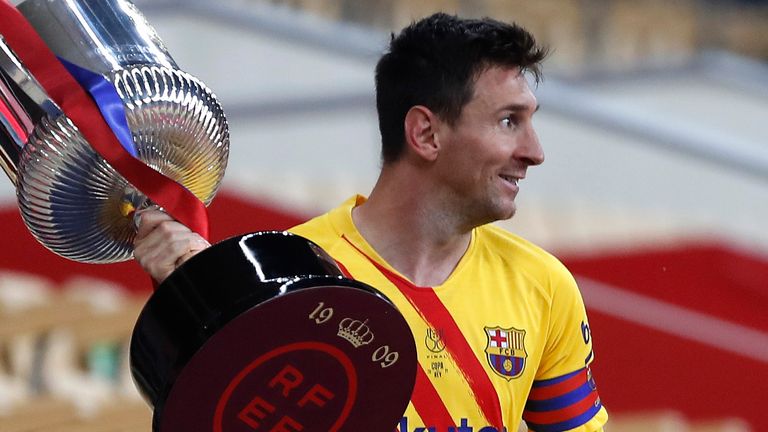 Barcelona president Joan Laporta is confident Lionel Messi will stay at the club next season after delivering a vintage performance in their Copa del Rey final win over Athletic Bilbao.

The Argentine scored a sensational individual goal midway through the second half of Saturday’s showdown in Seville after strikes from Antoine Griezmann and Frenkie de Jong had put the Catalans in charge.

He then adorned an outstanding display by netting again before lifting the trophy for the seventh time in his career but first since becoming club captain in 2018.

Barca’s all-time top scorer and most decorated player has only two months left on his contract and tried to leave last year after falling out with then-president Josep Maria Bartomeu.

But Laporta, who presided over Messi’s rise to stardom in his first stint as Barca chief and was elected for a second time last month, said he felt the captain would stay at the club where he has spent his career since joining aged 13.

“Leo is the best player in the world and has a very strong bond with the club. I’m convinced he wants to stay and we’ll do everything in our hands to make sure he does,” Laporta said.

“Today he could see he is backed up by a great team who are capable of playing beautiful football.”

Messi gave no hints about his future after the game but commended his side for overcoming a terrible start to their season to go and win the Copa and re-join a thrilling three-way race for La Liga title alongside leaders Atletico Madrid and Real Madrid.

“We struggled to get going in the first half of the season and lost a lot of points by being naive but then we got a lot stronger, started playing really well and got ourselves back into the fight,” Messi said.

Barcelona coach Ronald Koeman also paid tribute to Messi after the game: “Leo has spent years demonstrating that he is the best player in the world and he was very effective today.” 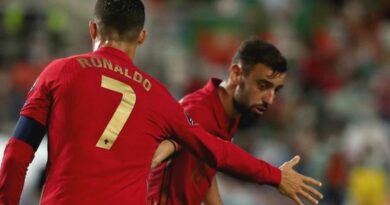