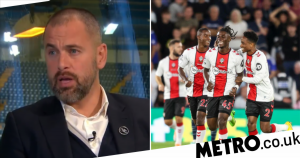 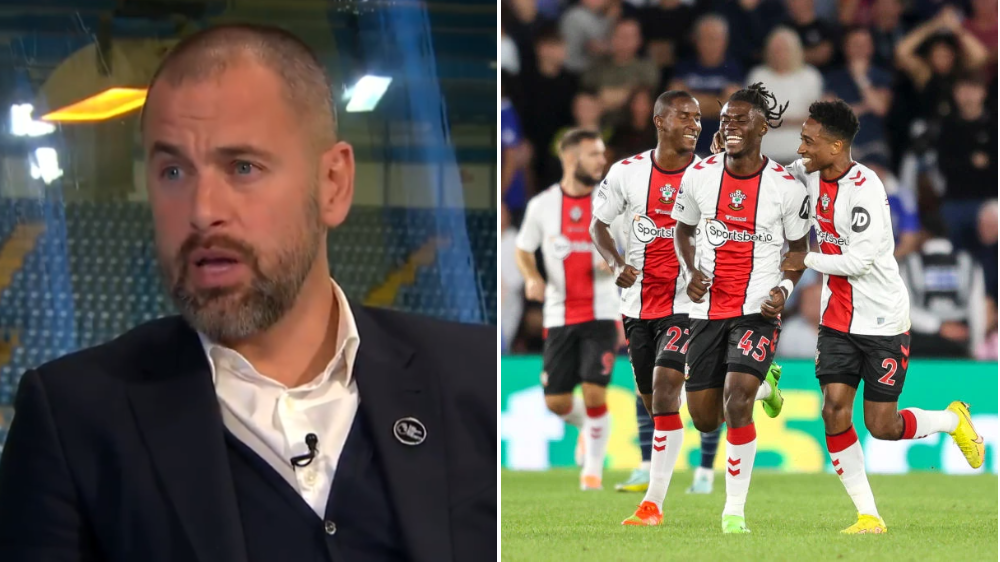 Raheem Sterling’s third goal for the Blues put Tuchel’s side ahead at St Mary’s, but goals from Romeo Lavia and Adam Armstrong saw Southampton come from behind and lead 2-1 at half-time.

Chelsea rarely threatened after the break as Southampton secured their second win of the season and inflicted a second defeat on the Blues.

While the home win saw Southampton climb to seventh in the Premier League – one place above Chelsea – Tuchel’s side remain five points behind early leaders Arsenal, having played one game more.

Cole was surprised by Chelsea’s underwhelming display on the south coast and says his former club now face a ‘must-win’ game against London rivals West Ham this weekend.

The former England midfielder told BT Sport: ‘Chelsea just ran out of steam, they didn’t have any answers. After the first 20 minutes they looked a bit off it, there were plenty of unforced errors.

‘Tuchel has got a lot of questions he’s going to have to answer on that journey back to London. It was as poor a performance as I’ve seen from Chelsea under him.

‘I can’t remember them having a chance in the second half. It’s a very disappointing night for Chelsea.

‘They face West Ham this weekend and it’s a must-win game now because you can’t lose three of your first six games and think about getting into the Champions League.

‘It’s a tough period for the club. Tuchel has problems, he’s definitely got problems.’