Home » Soccer » John Aldridge: Man City a class above in the Premier League – but Liverpool have the upper hand in Europe

LIVERPOOL’S best chance of glory this season may be in the Champions League – even though I believe they could end up with a 90-point haul in the Premier League.

The second half of that opening sentence sums up the challenge I believe Jurgen Klopp’s side face on home soil this season because even if they have proved to be a match for champions Manchester City, the reality is they are in a league of their own against domestic rivals.

Look at Southampton’s surrender against City on Sunday. They went to the Etihad Stadium fearing the worse and once the first goal went in, they knew what was coming and waiting to get a 6-1 hammering. It was all too predictable.

I have seen scenarios down the years where teams are beaten before they take to the field and that’s what we are getting with City at the moment.

Any side outside of the top three or four in the Premier League are terrified of City and even though they are a fine team, they have an aura that is intimidating opponents into submission before a ball is kicked.

This means they are going to win every game by four, five and six goals and will go close to matching the record breaking 100-point total they ended up with last season.

It’s a pace only Liverpool can get close to living with and while Klopp’s side have done well to pick up 27 points from their first eleven Premier League matches this season, it has not been enough to stop this City side going two points clear at the top of the table on Sunday.

Liverpool picked up a decent 1-1 draw at Arsenal on Saturday, but City have already won at Emirates Stadium this season and if they extend their two point lead to five or six points in the coming weeks, it’s hard to see them being pulled back.

That is why I suggest the Champions League could be Liverpool’s most realistic route to success this season and in this competition, I believe they have the upper hand on Manchester City for a couple of reasons.

First of all, Liverpool confirmed they can handle the pressure of knock-out games in the Champions League when they hammered City 5-1 in last season’s quarter-finals and that was not the first time Guardiola’s side messed up a game at that stage of the competition.

Secondly, Liverpool have won the biggest prize in European football on five occasions and City are still looking for their first Champions League crown, with the pressure that comes with that weighing heavily on the shoulders of their players.

Guardiola may claim the Premier League is his priority, but I bet the feeling behind the scenes at City will be that they need to win the big European prize to put their club on the map.

Let’s be honest, City are only in the position they are in right now because a sugar daddy came in and transformed their club, but you look at the attendances they get for European games and it’s clear that the club are punching well above their weight.

City fans don’t seem too bothered about the Champions League and that is natural for a club that don’t yet believe they really belong at the top level and that attitude will only change if they are crowned as European champions for the first time.

I don’t believe that will happen this season because their players and Guardiola are under so much pressure to deliver in a competition that has never appeared to be more open.

Cristiano Ronaldo’s move to Juventus means they are one of the big favourites to win the Champions League final in Madrid next May, with City and Liverpool next on the list of contenders.

I can’t see Real Madrid making it four Champions League wins in a row without Ronaldo carrying their challenge and there are some cracks appearing in the make-up of Barcelona and Bayern Munich, so the chance is there for a new team to come through an lift that famous trophy.

They may be a brilliant team, but I don’t fancy Manchester City to be the team emerging from that pack, but there is good reason to believe Liverpool can be in the mix when it matters once again in the Champions League.

I’m writing this column from Belgrade, where I will hopefully watch Liverpool beat beat Red Star tonight and take a giant step towards the knock-out stages of a competition that means so much to a club I was honoured to play for.

I would relish the chance to toast a sixth Champions League win for Liverpool in the wonderful city of Madrid next May and it is certainly a possibility when you look at the troubles some of the top clubs in Europe are dealing with right now. 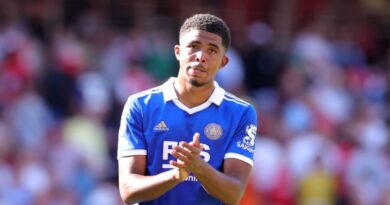