Home » Soccer » John Delaney's secret contract, €55m in debt and an uncertain future – the inside story behind the FAI disaster

The perilous financial state of the Football Association of Ireland following the reign of former chief executive John Delaney has finally been laid bare.

As late as last year the former CEO claimed the FAI was on course to be debt free by 2020.

But accounts published yesterday reveal the association has overall liabilities of €55m, with auditors Deloitte raising doubts it can continue as a going concern.

Sport Minister Shane Ross described the scale of the debt as “pretty horrifying” and “a terrible reflection of the state of affairs that the FAI is in”.

The association is currently being kept afloat by Uefa – and faces an uncertain future and the prospect of significant job losses after losing government funding and its main sponsor, Three Ireland, which will not be renewing its relationship with the association next year.

It also emerged that accounts for 2016 and 2017 had to be reconstituted after the auditors found that profits were substantially overstated in both years.

Certain personal expenses paid by the FAI on behalf of Mr Delaney were not previously recorded in accounts, it also emerged.

The accounts also revealed that the cost of a settlement which led to the departure of Mr Delaney in September was €462,000.

The FAI’s recently appointed executive lead Paul Cooke said he was “shocked” by what the accounts revealed, saying the situation was worse than he anticipated.

Deloitte questioned whether there was sufficient evidence to support an assumption by directors it could continue as a going concern.

However, Mr Cooke dismissed suggestions the association was insolvent, insisting it was close to reaching an agreement to refinance its bank debts of around €29m.

He said a “robust” business plan was being put into action to put the association on a better footing, with the aim that it could be “breaking even by 2022 or 2023”.

Mr Cooke also said suggestions the FAI could sell its stake in the Aviva Stadium were wide of the mark, although the association’s debt on the stadium will now be subject to a 15-year mortgage.

The FAI has been buffeted on all sides since it was revealed last March that Mr Delaney provided the association with a €100,000 loan in 2017.

It is now being investigated by the Office of the Director of Corporate Enforcement, while a Sport Ireland-commissioned audit report by KOSI Corporation was referred to An Garda Síochána last week.

Days later John Foley, the former CEO of Athletics Ireland, decided at the last minute to turn down the role of interim FAI chief executive, citing a lack of support from “key stakeholders”.

The reconstituted accounts now reflect previously undisclosed pension and loyalty bonus agreements with Mr Delaney in 2014, which would have seen the association liable for €3m in 2021.

FAI president Donal Conway, who announced yesterday he would be stepping down next month, said he had been unaware of the agreements with Mr Delaney.

“The board I was a member of, as a collective, did not do its job well enough,” he said.

“I was part of a board that should have scrutinised more seriously than it did. I feel responsible for not having discharged that responsibility to a higher standard.”

The pension and loyalty bonuses are said to have been agreed by certain board members who were authorised to deal with Mr Delaney’s contract. “An accurate reflection is that the gentlemen involved returned telling us there was no change in the salary,” said Mr Conway.

“I can’t ask about anything if I am not told it. He was on a salary and no contract crossed our table in 2014.”

In a presentation on the accounts at the FAI’s headquarters in Abbotstown, Mr Cooke outlined how profits were significantly overstated in 2016 and 2017.

Mr Cooke said €3.6m had been spent on professional fees arising from various investigations involving the association this year.

It also had to make a €2.7m declaration to the Revenue Commissioners.

“One of the reasons why the directors’ remuneration figures is so high is in there, in addition to the pension payments, the loyalty bonus and basic salary, there are other payments that would have been made on behalf of the former CEO and items which should have been declared as benefit in kind,” said Mr Cooke.

This was a “full and final” settlement, he said.

“There is no ongoing liability, relationship, nothing. It has been paid. There is nothing else to be paid,” Mr Cooke said.

Mr Cooke said the first was a pension-type payment kicking in from 2021 and the other was a loyalty bonus “which kicked in immediately”.

“This exposed us at the end of 2021 to a potential liability of €3m. This had not been reflected in the previous years’ accounts,” he said.

Questioned about Deloitte’s concerns about the FAI continuing as a going concern, Mr Cooke said the standard required by the auditors was that they needed actual evidence the FAI had refinancing in place. “We are at very advanced stage of refinancing the business. We are very close, but we don’t have sufficient evidence yet for the auditors, hence they disclaimed opinion on that,” he said.

As the FAI tries to get back on its feet, it is by no means certain all of the skeletons have been found in its closet.

“As you can appreciate there are a number of investigations ongoing which could throw up additional liabilities,” said Mr Cooke.

Although four independent directors are due to join the FAI board shortly, this does not automatically mean public funding will resume.

Mr Ross said there would need to be “impeccable” corporate governance before funding is restored.

This leaves the association heavily reliant on getting a good refinancing deal and overcoming its “toxic” image to attract new sponsors.

Deloitte said the association was also reliant on the success of the senior international team. The FAI must be praying it can qualify, against the odds, for the European Championship next year.

Without such success, the auditors suggested investment in grassroots football, the lifeblood of the game, will suffer.

Who is your sportstar of the year?

Vote in the Irish Independent Sport Star Awards and you could win the ultimate sports prize.

Prizes include, tickets to Ireland’s against Scotland in the Six Nations, All Ireland football and hurling final tickets and much more. 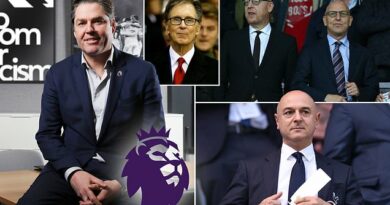 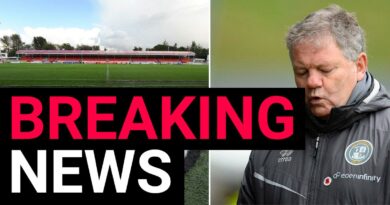