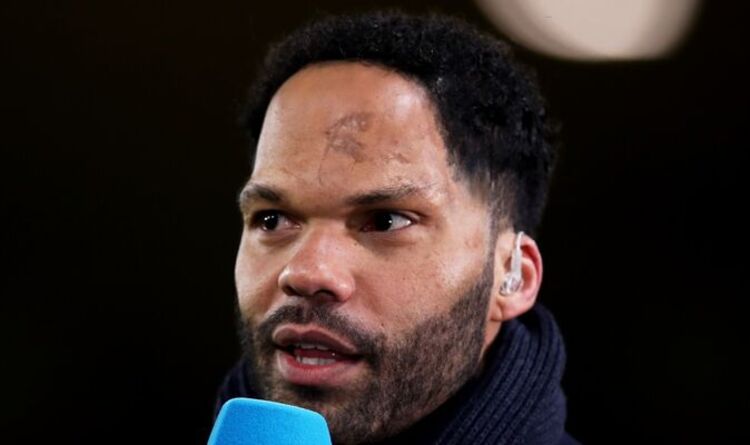 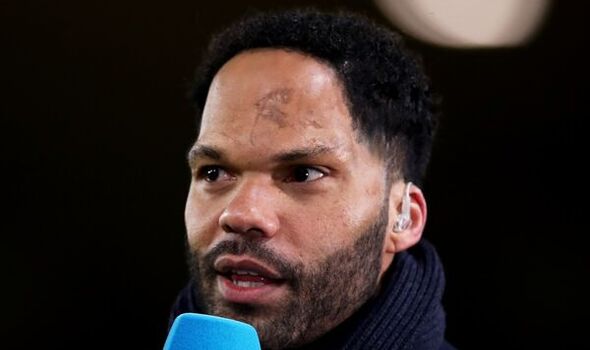 Former Manchester City title-winner Joleon Lescott thinks the full-back areas will be all-important in his ex-side’s titanic clash against Liverpool on Sunday. And he has namechecked City duo Joao Cancelo and Kyle Walker, along with Reds pair Trent Alexander-Arnold and Andy Robertson, as the men who could make all the difference on the day.

City lead the Reds by just one point at the top of the table going into the clash at the Etihad, which is undoubtedly the biggest game of the Premier League season so far.

Both teams can boast star-studded line-ups, full of mouthwatering attacking talent such as Kevin de Bruyne and Phil Foden for the hosts and Mohamed Salah and Sadio Mane for the visitors. Yet speaking exclusively to Express Sport, Lescott has backed the players on either flank to end up being the difference makers on the day.

“I’m not trying to sit on the fence or anything, but I don’t think anyone can confidently predict this game,” Lescott replied when asked which team he was backing. “I wouldn’t say either are favourites. However, I do think the full-back areas will be the most important.

“The offensive contribution from Joao Cancelo for City and Trent Alexander-Arnold for Liverpool has been crazy this year, and the impact that Kyle Walker could have on Liverpool’s attack is going to be important as well. And Andy Robertson for me is one of the best all-round full-backs in the league.

“Between those areas and those four players, it wouldn’t surprise me if they have the biggest impact on the game.” Pundits and supporters alike generally appear to be of the opinion that the winner of Sunday’s encounter will go on to lift the Premier League trophy at the end of the campaign.

Yet Lescott is of the opinion that there could still be a few twists and turns to go regardless of who ends up triumphant at his old stomping ground. “I think the next team that drops points after this game wins the league,” he added.

“There’s not many games they would expect to lose from here, so being defeated on the weekend won’t change their mindset. So the next one to slip up after this game will lose the title.”

Both Pep Guardiola and Jurgen Klopp almost have a clean bill of health in their respective squads. City will still be missing centre-back Ruben Dias with a hamstring injury, but otherwise have no new issues. For Liverpool, meanwhile, midfielder Fabinho had looked a doubt after he suffered a head injury on Champions League duty during the week against Benfica.

But Klopp allayed any fears the Brazilian could miss the game when he said: “He’s fine. That is how it looks, it is a cut on the back of his head and there is no hair to hold the blood back. But he should be completely fine.”

The secrets of Ole Gunnar Solskjaer’s success at Man Utd