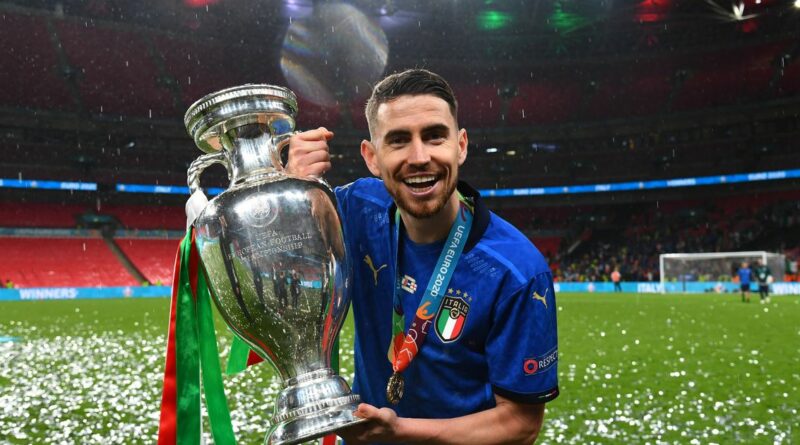 Jorginho has enjoyed an incredible year so far, having won the Champions League with Chelsea and the European Championship with Italy.

The midfielder's impressive spell of trophy-collecting has seen him listed as one of the favourites for this year's Ballon d'Or, having already earned a place in the Euro 2020 Team of the Tournament.

However, Jorginho doesn't seem too confident about winning the year-ending award, as he conceded he doesn't put himself on the same level as either Cristiano Ronaldo or Lionel Messi talent-wise.

The Italy International did, however, admit that if the award was based on trophy haul, he would be well within his rights to be a contender.

He insisted it would be a "dream" to win the award, but admitted he doesn't believe he's the best player in the world.

Messi is considered to be one of the frontrunners for the award, which would be his seventh, after winning the Copa America with an incredible statline, which included having the most goals, assists, shots, shots on target, chances created, through balls and goals outside the penalty box.

But that hasn't stopped Jorginho from fantasising about winning the award, as he admitted: "We live for dreams.

"If we talk about talent, I am aware that I am not the best in the world.

"On the other hand, if you choose based on the titles Well, nobody has won more than me this season.

"How am I going to compare myself to Messi, Cristiano Ronaldo or Neymar? They have completely different characteristics from mine, but I repeat, it depends on the criteria." Jorginho will have a short break before returning to Chelsea for pre-season, and could well be on the move this summer.

The Italian's agent, Joao Santos, confirmed this week that Juventus are interested in signing his client.

However, he insisted that ultimately the decision will be made by Chelsea, considering Jorginho still has two years to run on his contract at Stamford Bridge.

11 things we learned from the Premier League this weekend