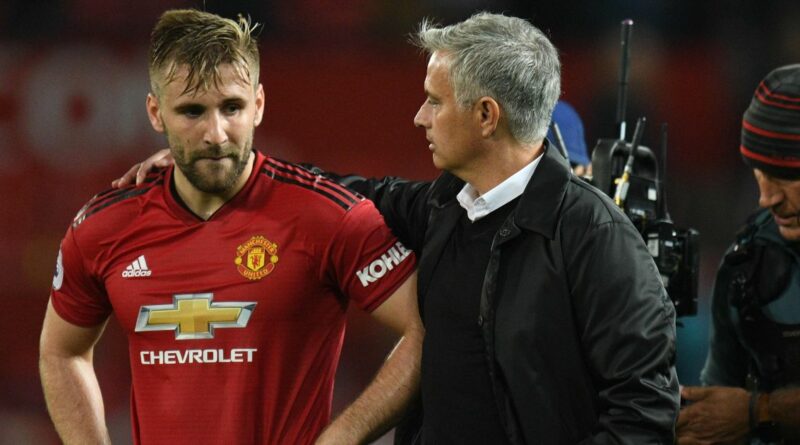 Jose Mourinho’s feud with England’s Luke Shaw has resurfaced after the new Roma manager criticised the left-back for not taking a penalty against Italy.

England fell short of their Euro 2020 dreams after losing the final on penalties, following misses from youngsters Jadon Sancho, 21, and Bukayo Saka, 19.

Gareth Southgate has faced criticism due to the order of his selection, having tasked Saka with carrying the burden of the all-important fifth penalty, but Mourinho suggested it was the fault of the more senior players.

Mourinho believes experienced players in the side should have stepped up and taken control of the situation rather than exposing a youngster like Saka to the situation.

Speaking to talkSPORT, he said: "For Saka to have the destiny of a country on his shoulders, I think it is too much for a kid to have everything on his shoulders in this moment.

"Gareth is such an honest guy and a protective coach that I do not believe he would ever say player A or player B ran away or told me they were not ready to [take a penalty].

"I do not know in this case, but I do not think it matters if you are a great penalty taker or not. In this situation, where was [Raheem] Sterling? Where was [John] Stones and where was Luke Shaw?

"And why [Jordan] Henderson or [Kyle] Walker did not stay on the pitch? In reality, it is very hard for Rashford and Sancho to come and take a penalty after one touch of the ball."

Do you think Mourinho is being too harsh or should Shaw have taken a penalty as set-piece specialist? Let us know in the comments section.

This follows a long-standing feud between Mourinho and Shaw stemming from his days as Manchester United manager, where he made negative public comments about the full-back and regularly left him out.

The two clashed heads once more during the Euros group stages when Mourinho slammed Shaw’s set-pieces by claiming they were ‘dramatically bad’.

Shaw in turn hit back with his own jibes after the Czech Republic match last month.

He said: “Clearly I am in his head a lot and he clearly thinks about me a lot. I am trying to move on but obviously he can’t.

“He continuously talks about me which I find quite strange. He just needs to move on.”