Jose Mourinho says Gareth Bale’s happiness is a key priority as the Wales international closes in on a second Tottenham debut.

Bale has been recovering from a knee injury but could be involved for Spurs on Sunday when they face West Ham at home, live on Sky Sports Premier League at 4.30pm.

The 31-year-old, who did not feature for Real Madrid this season before rejoining Spurs on a season-long loan, took part in training with the rest of the squad on Thursday. He played twice for Wales in early September, but was not in their squad for the latest international fixtures due to his knee problem.

Mourinho refused to be drawn on whether or not Bale could feature against the Hammers, but stressed the importance of maintaining the morale of his high-profile transfer-window acquisition.

“The team is the most important thing and Gareth is here to help the team,” Mourinho told Sky Sports. “But at the same time we care about him. We care a lot about him.

Tottenham had a hectic period prior to the international break, playing five games in 10 days, but while Mourinho was delighted to see his team win four of those matches, he says they now go into a “new period” in which the efforts must be restarted. 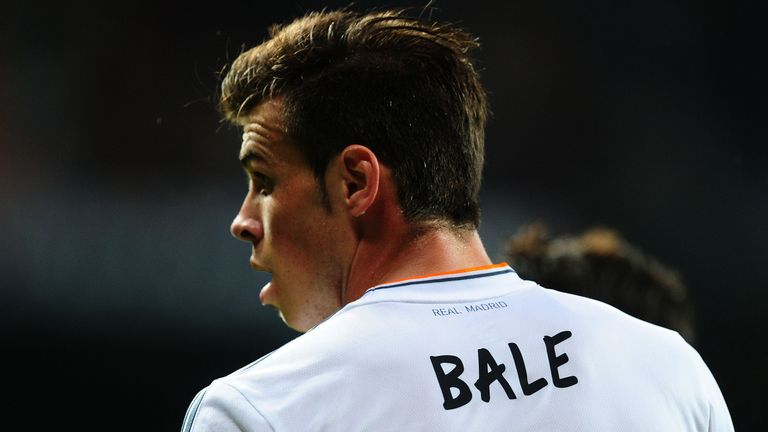 “But, jokes apart, we coped well with this busy period because the squad is very good and the boys have been fantastic.

“It is strange during the international period because you want to work and you cannot work, you’re waiting for players, but we have a big match on Sunday against a team that is playing well so we forget what we’ve done well in the past couple of weeks and a new period starts on Sunday.”

Harry Redknapp believes his former club Tottenham could win this season’s Premier League after being impressed by their summer business.

Tottenham enjoyed one of their best Premier League victories with a 6-1 thrashing of 10-man Manchester United at Old Trafford prior to the international break, and barring a last-minute controversial penalty decision from their 1-1 draw with Newcastle, would have picked up nine points from their opening four games.

“If you ask me, honestly, I think they will make top four. I think they could even win the league this year,” he said. “I know people are going to think I am crazy but I look at that squad. It looks like it is going to be an open year. Look what happened at the weekend.

“I am telling you, that is some squad they have got. They have got cover in every position. It is a really powerful squad. If anyone is going to upset the big two.”