Jose Mourinho believes it could take him four years to turn Tottenham into a trophy-winning team. The Spurs manager, who faces his first North London derby on Sunday when his side meet Arsenal at the Tottenham Hotspur stadium, admitted that he understands the frustrations of fans who have seen a team who reached the Champions League final last June, struggling in ninth place now.

Mourinho claimed that this dismal season is a hangover from that defeat in Madrid, that injuries have hampered his attempts to turn things around and that it could take as long as it took Jurgen Klopp at Liverpool to forge a trophy winning side.

And, on the day that Amazon released a taster of their behind the scenes documentary about the club, the Special One insisted that he won’t even be watching the programme.

Mourinho saw his side held 0-0 by Bournemouth on Thursday in a game when Spurs did not register a shot on target, and, asked how far away his side were from honours, he said: “How long did it take Jurgen? Four years, four seasons. 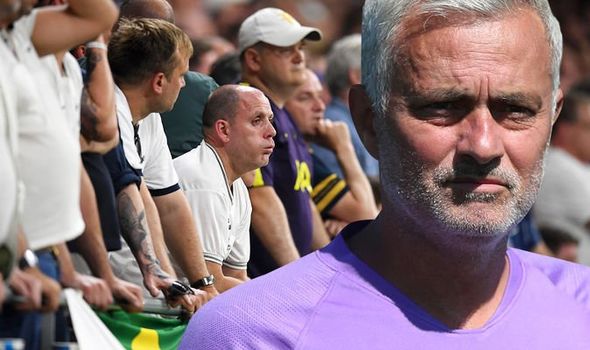 “If we don’t, but the club does it in the new era and I stay for only three years, I will be happy. I’m not thinking about myself. My ambition is the same, my DNA the same, but I look less to myself and my records.

“I am more a club man than the guy focussed on himself. But I have no problems to say that next season we are going to be better. No doubts. No doubts.

“Because I start working from day one. We are going to make changes, but we don’t need a huge investment like the club made in the past summer.”

“The Champions League final last year was an isolated success if you compare it with the last half of the season. After the final it was very difficult for them to digest, very difficult to believe that the next day the sun would be shining again. Everybody was suffering. 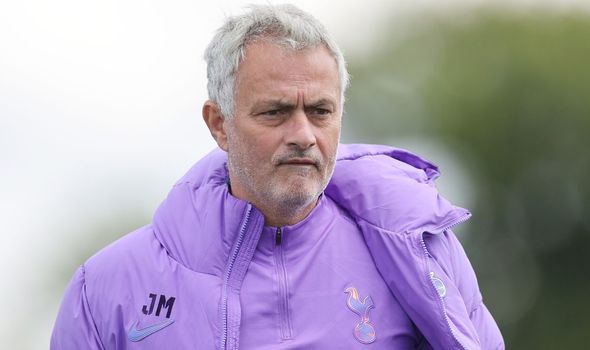 “The injustice is to forget that the best stadium in the world is here, the best training ground in the world – and £100 million investment in the summer, probably one of the biggest investments of Premier League clubs, is considered not a commitment to investment.

“I arrived, we improved, we had good results. But then the house that we were building collapsed with an absolutely crazy number of injuries.

“But four matches to go, 12 points to fight for, and a derby that means a lot to the fans. So enough motivation to fight.”

As for the Amazon behind the scenes film at the club, ‘All or Nothing: Tottenham Hotspur’ a trailer of which was released on Friday, Mourinho said: “I don’t like the feeling of being in Big Brother. Am I going to watch it? No I’m not. Because I know better than anyone what our day by day is here.”

Meanwhile, Serge Aurier has ordered Tottenham ahead of the North London derby against Arsenal – ‘don’t worry about how we play… just beat them’.

Aurier said: “You don’t just want to play this derby to be a part of it. You play to win. Maybe you don’t play the best, maybe you don’t have a lot of the ball – but you don’t care because when you win this game, it doesn’t matter how you play. We just want to win.”

Aurier, speaking in the programme for Sunday’s game, added: “It is not a normal game. There’s a different flavour. You need to put more pressure on yourself and more aggressiveness in the game because there is a different feeling.

“I have friends at Arsenal – Nicolas Pepe, Alexandre Lacazette, Pierre-Emerick Aubameyang, David Luiz. We speak a lot, but not before this game – because we know this is not one to joke about.

Fellow defender Ben Davies believes only four wins from Tottenham’s last four games will guarantee European football next year: “It’s four cup finals for us now, starting with the Arsenal game. We’ve known since we came back we would probably have to win our last four games and we are determined to do that.

“We know it will not be easy, but there are 12 points available and we want to finish as high up the table as possible. We wart to be playing European football next season.”