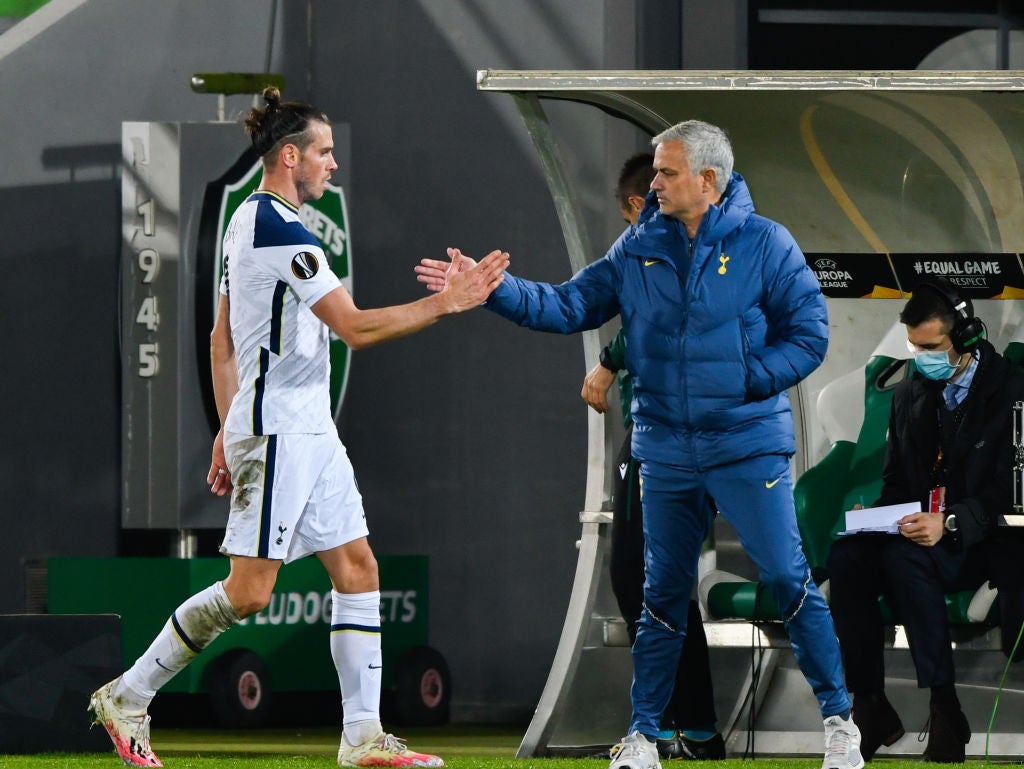 “He’s getting better and better and I felt he could play 90 minutes (in Bulgaria).

“He’s working so much and we’re all working so carefully with him that we don’t want to destroy the work everybody is doing for the last couple of months.”

Arsenal did not want to respond to Mourinho’s comments.

Wales face the United States in a friendly on Thursday before Nations League matches with the Republic Of Ireland and Finland.

Mourinho has no issue with his players playing competitive matches, but hopes Bale is looked after.

“Wales has two matches where they play for the Nations League and I expect him to play,” Mourinho added. “But if they care as much about him as we do, they have to manage the recovery period.

Bale played another 65 minutes for Spurs in their Europa League win over Ludogorets on Thursday and will be in contention to play at West Brom at the weekend.

It is a midday kick-off on Sunday, meaning it is the shortest possible turnaround for Mourinho’s side, who did not arrive home from Bulgaria until the early hours of Friday morning.

With Manchester United playing on Saturday lunchtime after a midweek trip to Turkey, Mourinho has called for more consideration for the scheduling of teams in Europe.

“If I’m not wrong, United or Ole (Gunnar Solskjaer) were also complaining about playing Saturday early kick-off after a match in Turkey.

“It’s something that happens for many years in the Premier League, where the clubs involved in European competitions are not protected.

“But we get big salaries and of course the broadcasters have big responsibility for the big salaries we all get.

“So they have the right to choose but if they could be a little bit more careful about the English teams in Europe, it would be good. In other countries, they do that. But that’s the way it is.”

Spurs head to the Hawthorns with Sergio Reguilon back in the fold after he overcame illness.

“The good thing is I don’t think we have injuries from the match and Reguilon trained Thursday morning at the training ground so normally Friday he will be fine.”

Timberwolves’ Karl-Anthony Towns enters NBA season with heavy heart: ‘I’ve seen a lot of coffins in the last seven months’
We and our partners use cookies on this site to improve our service, perform analytics, personalize advertising, measure advertising performance, and remember website preferences.Ok