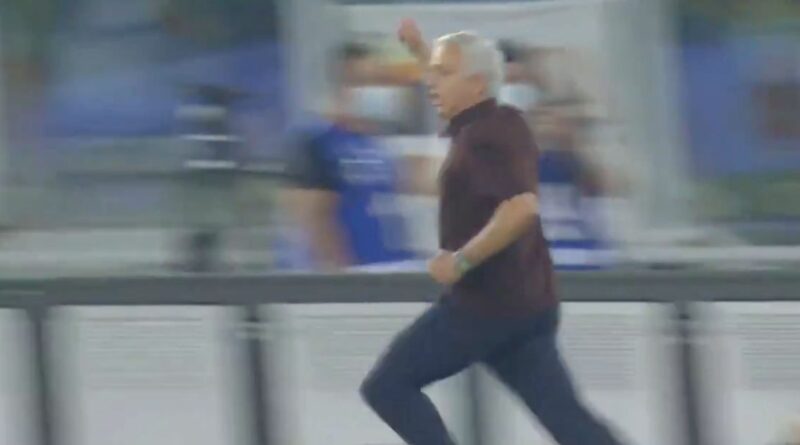 Jose Mourinho made his name by running down the touchline at Old Trafford – and he's been at it again in charge of Roma.

He sprinted to join in with Porto celebrations against Manchester United following a late goal in 2004.

And now, 17 years later, Mourinho showed he still has a spring in his step following Stephan El Shaarawy's late goal.

Mourinho took charge of Roma this summer having been sacked by Tottenham days before April's Carabao Cup final.

And he is back where he has so often been during his career with El Shaarawy's goal against Sassuolo putting Roma top of Serie A.

The 58-year-old boss was clearly as delighted as Roma's hardcore fans, sprinting from the dugout to join in with celebrations.

The late win came in Jose's 1000th game as a boss, with the former Real Madrid boss having managed some top clubs.

And Mourinho seems to have his smile back in the Italian capital and recently said: "I’m much better now, I’m serious. I feel improved now because this is a job where experience counts so much.

Who will win Serie A this season? Let us know your thoughts in the comments section below

“Everything becomes a Deja vu because I’ve been through so many experiences since leaving Italy.

"Of course, it’s one thing to come to a country for the first time, where you start from scratch, and you have so many things to learn.

“This is not my case, I know Italy, I know the culture of football. I know about Rome, which was my real rival, it was fighting with us for the domestic titles. Now I’m ready for this.”

Fans were loving his sprint down the touchline, with one writing: "Fitting that Mourinho’s 1000th game as a manager ended with a 92nd minute winner followed by world class celebration from the GOAT."

With another adding: "Mourinho celebration there brilliant, all the money in the world but last minute winners you can't beat the feeling."

And a third simply commenting: "I love Mourinho so much." 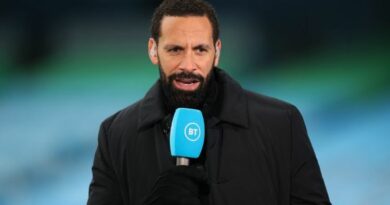