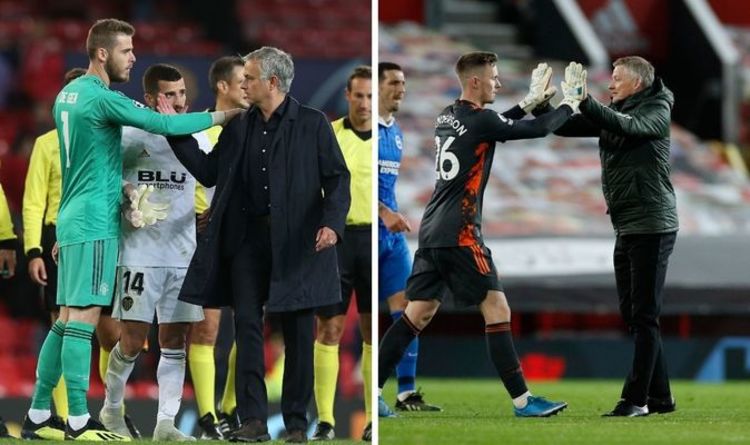 Jose Mourinho has indirectly backed Dean Henderson to become Manchester United’s number one. Ole Gunnar Solskjaer has a crucial decision to make ahead of the 2021/22 season, with David de Gea facing a battle to remain his first-choice goalkeeper.

Henderson seemingly replaced De Gea as Solskjaer’s number one in the back end of the current campaign.

The 24-year-old started most of United’s Premier League games in the final few months, whilst De Gea acted as the Europa League goalkeeper.

Former Red Devils manager Jose Mourinho has weighed in on England’s current keeper situation and is tipping Henderson to become a ‘phenomenal’ player.

The Portuguese boss’ praise suggests that if he were in Solskjaer’s shoes, he’d opt for Henderson as his number one over club veteran De Gea. 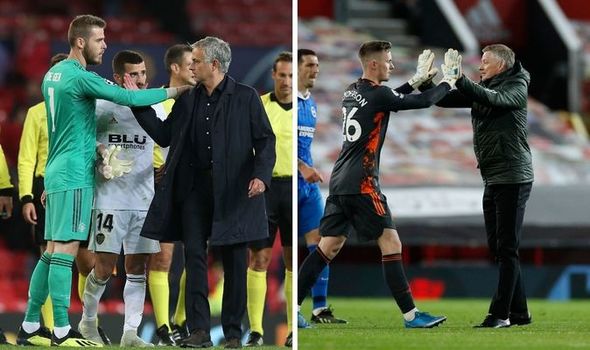 “I don’t think they are phenomenal goalkeepers or, in Dean Henderson’s case, not yet phenomenal. When I say not yet, I say he will be.

“I met [Henderson] at Manchester United when he was a kid and I always remember him asking me to go on loan.

“He was saying when I come back, I come back to be the number one. He told me that when he was the fourth choice.”

During Mourinho’s tenure, De Gea, Sergio Romero and Joel Pereira were all ahead of Henderson in the goalkeeper pecking order.

Pereira was seen as De Gea’s long-term successor, whilst the latter was sent on loan to Grimsby Town and Shrewsbury Town.

United have released Pereira, now 24, this summer after failing to impress Solskjaer during his time at the club.

Meanwhile, Henderson’s confidence has been publicly documented, so Mourinho’s account of their exchange at United doesn’t surprise.

Many United fans expect the England international to play as Solskjaer’s first-choice goalkeeper next season. 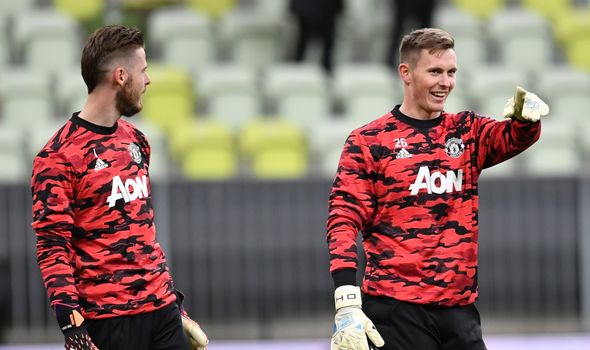 Even before De Gea’s nightmare penalty shoot-out display in the Europa League final, where he failed to save 11 Villarreal penalties before missing his own, Henderson was likely in the driver’s seat.

If that’s the case, the Spaniard could depart Old Trafford in search of regular minutes this summer ahead of the 2022 World Cup in Qatar.

Mourinho was appointed manager of AS Roma last month, just weeks after his sacking as Tottenham Hotspur head coach.

He has reportedly shown interest in taking De Gea to Italy for next season, should Henderson knock him off his perch.

The 30-year-old won the Europa League and League Cup under Jose Mourinho and would likely be tempted by an offer should it come along.