Diogo Jota has revealed what message Jurgen Klopp told him before being putting him on against West Ham on Saturday.

The Portugal international was sent on in the second half with the scores drawn at 1-1 at Anfield with Liverpool searching for a winner.

And that is exactly what the summer signing delivered – one being disallowed before having another in the net five minutes before full-time.

It secured a vital three points for the Reds – who went top of the Premier League as a result.

Klopp is looking to retain the title his men won last season and games like this are crucial to any team looking to win the league.

Jota joined Liverpool in the transfer window after signing from Wolves for a fee of around £50m.

And the German manager had a simple message for the forward prior to being thrown on against West Ham at the weekend.

When asked what his coach said to him, Jota said: "To be lively.

"Of course, with the game time the other team gets tired, so we needed to do movement, movement.

"Fortunately, in the end, I got the space, a great pass from Shaq, and scored."

Jota has hit the ground since joining the Reds in the summer and has scored in his first three home matches – the first player since Luis Garcia to accomplish such a feat.

"Always in a match, you are thinking what can I do different to unlock the result and, fortunately, I got two goals – just one counted – and in the end we got the victory.

"The most important thing was the win and we just want to keep winning games."

Liverpool are back in action tomorrow when they face Atalanta in the Champions League.

They then face Manchester City in a crucial Premier League clash with both sides vying for the title. 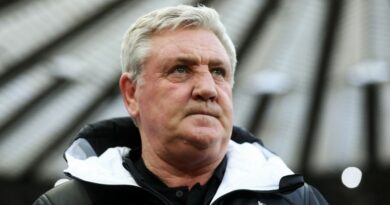