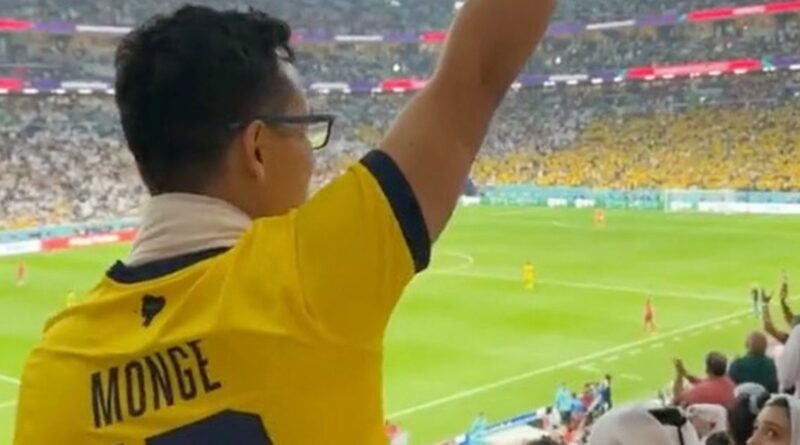 A jubilant Ecuador fan has angered Qatar supporters at the World Cup by asking "how much?"

The South American side took on the host nation in Sunday's opening match of the tournament, producing a dominant display to win 2-0. After an early goal from Enner Valencia was controversially ruled out for offside by VAR, the former Everton and West Ham United striker scored twice to fire his side to victory in group A.

One Ecuador fan in particular enjoyed his side's performance and was caught on camera taunting the home supporters in the stands as he celebrated one of the goals.

The supporter can be seen making a money gesture with his hands as he repeatedly asks "how much?" to those around him in the stands.

However, his antics appeared to annoy some of the Qatar fans around him as he could later be seen having a heated back and forth with someone sat several rows behind him.

Earlier in the match, fans had flocked to social media to claim that the match had been "rigged" in favour of the host nation.

Who will win the World Cup? Let us know in the comments section below

Just three minutes into the match, Ecuador appeared to have taken the lead after Valencia headed the ball into an empty net following a scramble inside the Qatar penalty area.

However, a lengthy VAR review saw the goal ruled out for an offside in the build-up, which had seemed bizarre until replays showed where the infringement had occurred.

Ecuador did not have to wait long to get on the scoresheet, though, with Valencia converting from the penalty spot in the 16th minute to punish a foul from goalkeeper Saad Al Sheeb.

15 minutes later he had the ball in the net again, after leaping to head the ball into the bottom corner in impressive fashion. Valencia's brace makes him Ecuador's leading World Cup goalscorer and takes his tally to five goals in just four matches. 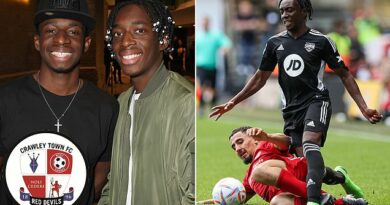 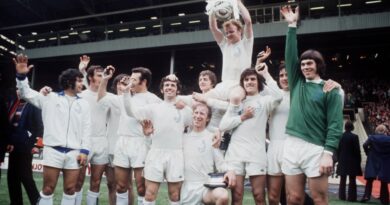