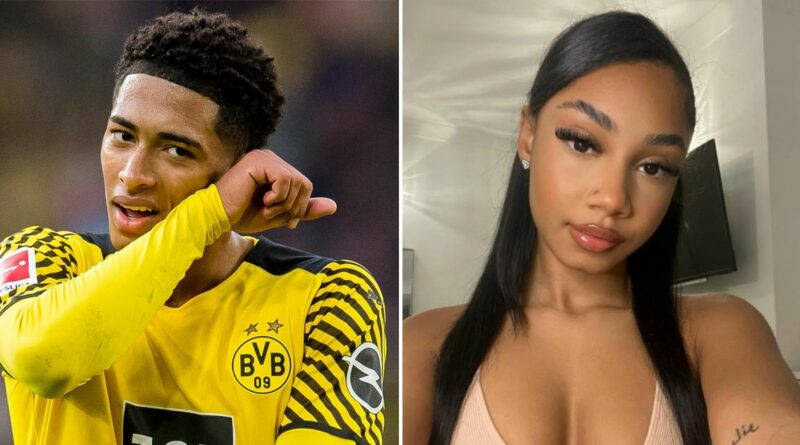 Dortmund starlet Jude Bellingham is on the verge of landing himself a girlfriend after swapping messages with stunning Instagram model Asantewa Chitty.

The England international, who's been flirting with a place in Gareth Southgate's starting XI in recent months, has been doing the same with Asantewa and the two are reportedly smitten with one another. According to The Sun, an insider noted that she was "very keen" on the 18-year-old, and that she's "excited to see where this goes," adding that Jude thinks Asantewa is "gorgeous".

The Birmingham-born midfielder is one of the hottest properties in football right now, and it only seems fitting he land himself a hot property to match.

Bellingham has been in fine form for club and country this season and is widely tipped to play a central role for the Three Lions at the World Cup later this year. He put in a man-of-the-match performance against the Ivory Coast earlier this week and is already viewed by fans as one England's most capable individuals, despite the fact that he's only been playing top-flight football for a year-and-a-half.

Speaking after Tuesday's game at Wembley, Southgate said: "We’re really pleased with what [Bellingham] does. There’s a long way to go though.

"I just think when we’re developing young players, we’ve got to do it very carefully."

Should Jude Bellingham start for England at the World Cup? Let us know what you think in the comments section.

Bellingham's recent form has seen him attract attention from some of the biggest clubs in the world, and he's already being heavily linked with a move back to the Premier League, with Manchester City, Liverpool and Manchester United among those keeping tabs on the youngster.

If a move happens, it'll certainly come at a price, especially if Dortmund's handling of Jadon Sancho's £72 million sale to United last summer is anything to go by, but few could deny that Bellingham looks well worth the trouble.