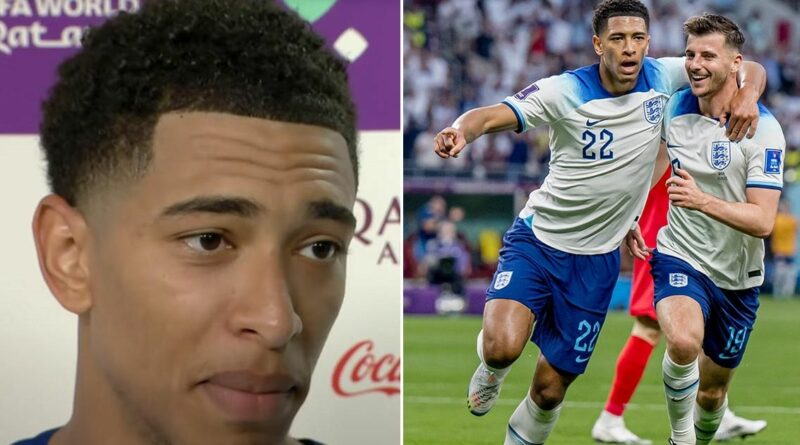 Jude Bellingham joked he was saving his first England goal for the World Cup, before he netted the Three Lions' opening goal against Iran.

The Borussia Dortmund man popped up in the penalty area to send a wonderful, looping header into the top corner. It was the 19-year-old’s first goal for his country in his first ever World Cup, and it was a brilliant one at that.

His fantastic goal set the tone for what was a fantastic display from the former Birmingham City captain who is evidently thriving under the expectation. And the box-to-box midfielder laughed he was intent on netting his first Three Lions’ goal on the biggest stage possible.

READ MORE: Jordan Pickford drops to his knees as he 'celebrates too soon' for Harry Maguire chance

When asked about his lack of goals for Gareth Southgate’s side, the young, but incredibly mature teenager said, “Maybe I’m saving it?” in an interview with the BBC.

Shortly after the final whistle was blown, Bellingham went back to his earlier claim before the contest. “I told you I was saving it,” he laughed to the BBC. “It was a really good day for us, six goals in a World Cup game is really impressive regardless of who you play against.

Do you think Jude Bellingham will add to his goalscoring account in the World Cup? Let us know in the comments section below

“I thought it had missed to be honest! It took ages to loop into the goal. I told you I wanted to score more goals for Dortmund and England.

“It’s a brilliant ball from Shawy and I get into the position and flick it away – a really proud moment for me. I think they came out really well, really strong, hard to break down. We didn’t have anything clear for quite a while.

Bukayo Saka also netted a brace, either side of Raheem Sterling’s first goal in the World Cup, while Marcus Rashford and Jack Grealish came off the bench to open their goalscoring accounts for the tournament in the second half. 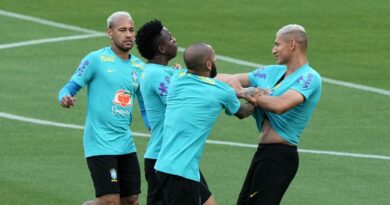